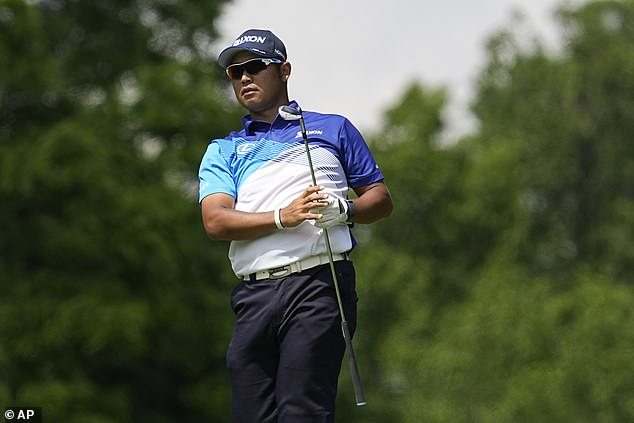 Former champion Hideki Matsuyama was disqualified from the Memorial Tournament in Dublin, Ohio midway through his first round on Thursday due to an illegal marking on one of his clubs.

Matsuyama, who earned the first of his eight PGA Tour wins at the 2014 Memorial Tournament, was disqualified from the Jack Nicklaus-hosted event after painted lines were discovered on the face of his three wood.

If marked the first time the former Masters champion has been disqualified from a PGA Tour event.

Hideki Matsuyama was disqualified from the Memorial Tournament on Thursday 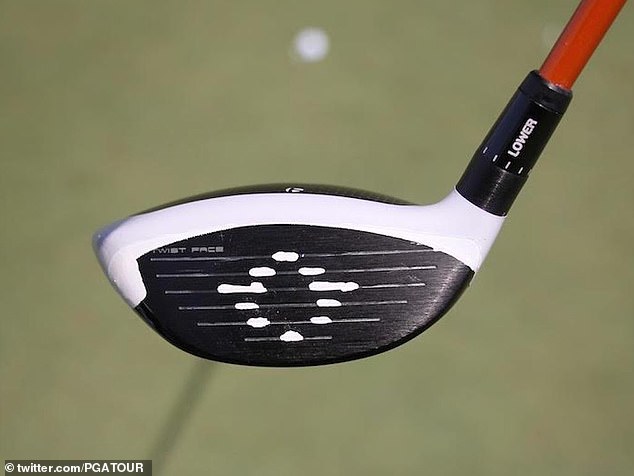 PGA Tour senior tournament director Steve Rintoul said images of the club were posted online and his team only learned of them after Matsuyama had used it on the first tee. Had he not used the club, he could have kept playing.

Matsuyama was asked if he was carrying the club and whether he had used it. He told them he had used it to tee off on the first hole.

‘The damage was done,’ Rintoul said. ‘One shot and it’s a disqualification.’

Rintoul said his team approached Matsuyama on the second hole to ask if he had used the club and the former Masters champion was forthright about it.

‘The material was applied to the face for alignment for Hideki to set the ball inside the circle of the lines. That’s actually the centre of the face,’ Rintoul said.

‘And applying a small, discrete dot with a Sharpie to help you with alignment is fine. We have players who do it all the time. But the amount of substance that was up on the face of the club, when we sent it to the USGA, their equipment standards guys, it was just excessive.

Matsuyama, playing in a group alongside Rory McIlroy and Patrick Reed, was three-over-par 39 when he reached the turn at Muirfield Village after a double-bogey at the second hole and bogey at the sixth.