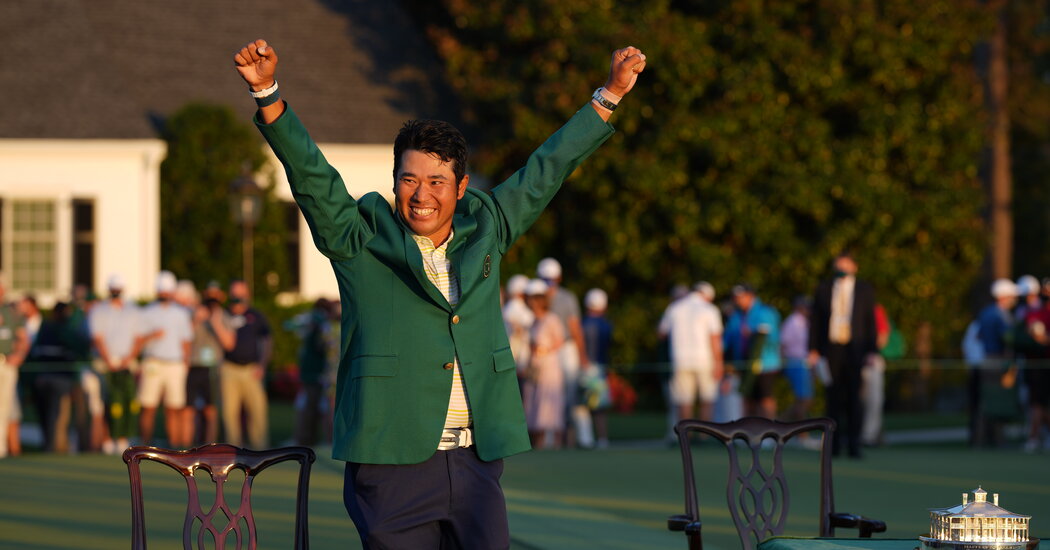 Hideki Matsuyama is back in Augusta, Ga., taking a shot at winning a second consecutive ceremonial green jacket.

Matsuyama, 30, and a former teenage prodigy, set records last year when he won the Masters by one stroke, becoming the tournament’s first Asian-born champion and the first Japanese man to win a major golf championship.

Notably missing from last year’s tournament was Tiger Woods, who did not compete because of a serious leg injury he sustained in a car crash that February. His absence opened the door for a new era of younger golfers to showcase their skills on the sport’s biggest stage.

Still, Matsuyama was positioned as anything but the potential champion.

Coming into the 2021 Masters, Matsuyama was ranked 25th in the world and had not won a tournament since 2017. Yet a sparkling 65 in the third round gave Matsuyama a head start for his victory lap: He entered the last round with a four-stroke advantage and shot a one-over-par 73 to finish the tournament at 10 under par, just one stroke ahead of Will Zalatoris, the 25-year-old Masters rookie from San Francisco. Zalatoris’s second-place finish helped raise his profile within the golfing community.

Xander Schauffele and Jordan Spieth, also from the United States, tied for third at seven under par.

Matsuyama, who learned golf from his father, had long been lionized in Japan and seen as the country’s best chance to break through at golf’s biggest tournament. Two Japanese women, Hisako Higuchi and Hinako Shibuno, have been major champions.

Matsuyama is not a favorite heading into this year’s tournament — Jon Rahm and Justin Thomas have the shortest odds at roughly 12-1 — but the games are only just beginning.