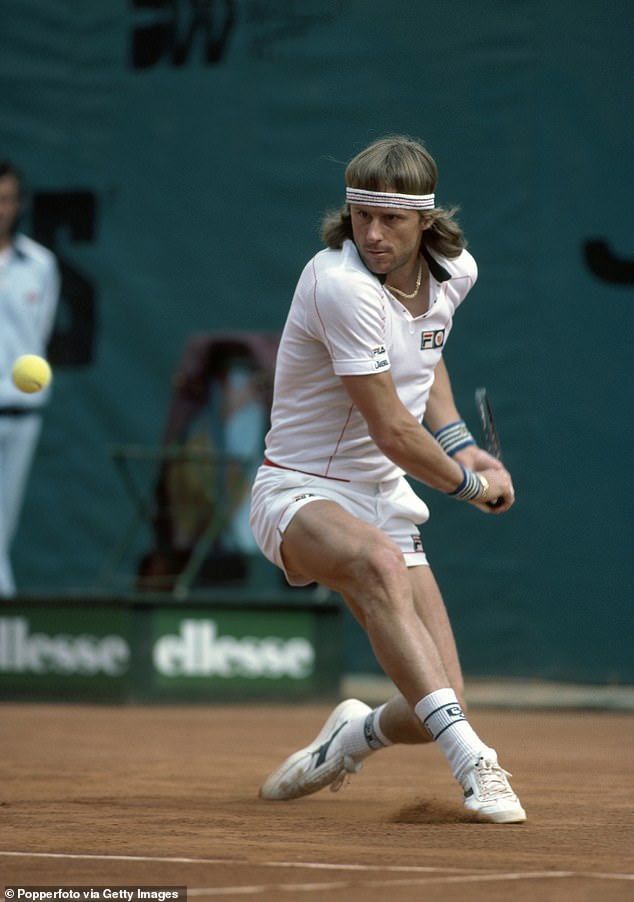 As Wimbledon approaches and tennis fever builds, a new book by tennis historian CHRISTIAN HOWGILL reveals quirky facts and stories about the game…

In 2017, a match between Frances Tiafoe and Mitchell Krueger at the Sarasota Open in Florida was interrupted by the sound of a couple having extremely noisy sex in an apartment opposite the court. Even the viewers watching at home could hear the passionate cries of the couple.

As the woman’s ecstatic moans grew louder and louder, Tiafoe became so distracted that he stopped midway through his serve and shouted exasperatedly across to them: ‘It can’t be that good!’

The incident gave new meaning to the two TV pundits’ commentary, with remarks such as: ‘Is that in?’, ‘I thought it was out’ and ‘There’s nothing between these two now’.

When Bjorn Borg jokingly asked his coach to murder a rival, he simply got up to carry it out

Curious case of a prank ‘assassin’

The legendary champion Bjorn Borg remains a huge name in tennis having achieved a string of record-breaking titles. Yet few will have heard of the man behind the legend — the dedicated Sven Lennart Bergelin, who was not just Borg’s coach, friend and mentor, but also acted as his manager, physical trainer, dietician, psychologist, PA, agent and masseur. He even strung Borg’s rackets.

One night, as a joke, fellow player Vitas Gerulaitis bet Borg $1,000 that Bergelin would even kill someone if Borg ordered it. To prove him wrong, Borg played along with the prank, instructing Bergelin to take out one of his main rivals.

Bergelin nodded calmly in passive agreement, got up and headed towards the exit to carry out the task. Borg froze in horror for a moment before quickly sprinting after him and ordered him to stop. 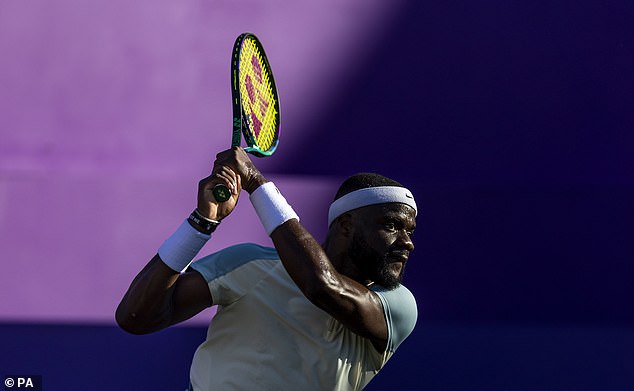 Table tennis, or ping-pong, is a direct descendant of tennis and is thought to have been invented by landed gentry who, frustrated by the wet British weather and unable to go outside to play tennis, started knocking up on the dining-room table, using books as a net, cigar lids as bats and champagne corks as the ball.

The game became so popular that by the late 1880s manufacturers were producing box sets with specially made bats, nets and balls.

The name of ping-pong caught on due to the distinctive sound the balls make, although other contenders were flim-flam, whiff-whaff, pim-pam, bing-bang and ding-dong.

Table tennis reached new heights in the 1980s when it was officially recognised as a sport and made its debut at the 1988 Seoul Olympics.

How hooligans made Wimbledon

When, in 1877, the All England Croquet Club found themselves in need of money to repair the huge cast-iron roller which kept their immaculate grass lawns flat, one member proposed a fund-raising tournament featuring a new-fangled sport that was inexplicably growing in popularity, Lawn Tennis.

Some members baulked at the idea of turning over their cherished croquet lawns to racket-wielding hooligans, but when The Field magazine agreed to sponsor the event, some of the club’s less treasured lawns at the back of the grounds were converted into tennis courts. 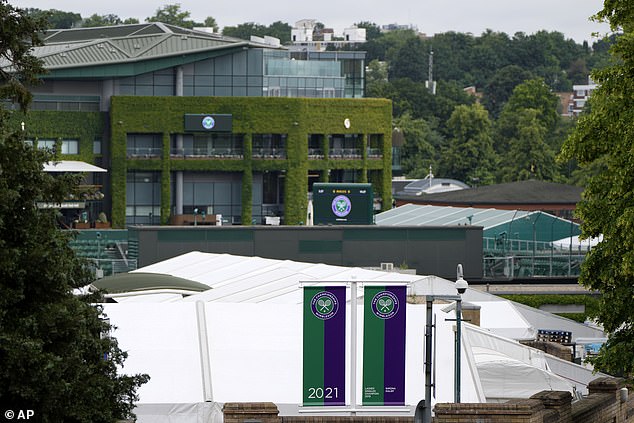 Competitors paid one guinea to enter the tournament, and the club charged spectators a penny to watch the early rounds. The price of entry rose as the tournament progressed, culminating in one shilling to watch the final, which was attended by a healthy crowd of several hundred.

The tournament not only made enough money for the club to buy a new roller, but was such a success that members agreed to hold it again the following year.

Game, set and found a match

In 1961 a young American player called Patricia Stewart was dumped by her boyfriend just before she set off on a tennis tour to the UK.

In a bid to improve her social life, she wrote her telephone number in bold print across her underpants and wore them under a short dress while playing at Wimbledon. 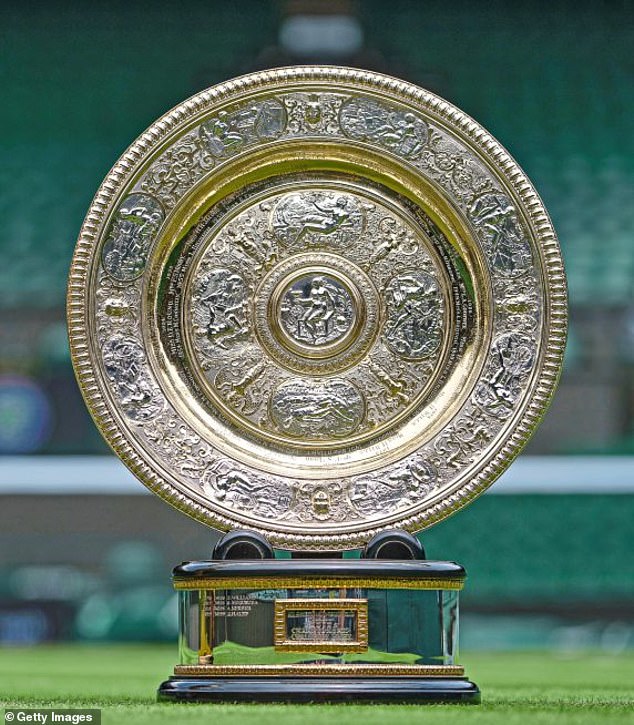 She was knocked out in the third round, but it worked wonders for her love life. Cricketer John Edrich called her, they went out and were married a few months later.

The infamous John Isner v Nicolas Mahut match at Wimbledon, which took place on an outside court in the first round in 2010, is the longest match in tennis history.

It was played over three days and lasted 11 hours and 5 minutes. Isner went on to win by 70 games to 68 in the final set. That set alone was longer than the previous record for an entire match.

Shakespeare’s in on the racket

Mae West is credited with one of the most famous film quotes of all time: ‘Is that a gun in your pocket or are you just pleased to see me?’

But actually West can’t take credit for its origins — the game of tennis can. In Shakespeare’s Henry IV, Part 2, Prince Henry berates his friend Poins for his sagging, peach-coloured stockings and questions him about a suspiciously large bulge in his undergarments: ‘Keepest thou a racket there?’ he asks.

When an American competitor at the 1971 World Table Tennis Championships in Nagoya, Japan, missed his team bus back to the hotel, he set off one of the biggest tectonic shifts of diplomacy in world history — and triggered the end of the Cold War.

Jumping on to the Chinese team’s bus instead to catch a ride, one of the Chinese athletes broke strict protocol by handing him a gift of a silk cloth depicting the famous Huangshan Mountains.

When the bus arrived back at the hotel, journalists were astonished to see the two players chatting. Their photographs of this rare meeting of nations dominated news headlines around the world and Mao Zedong, spotting an opportunity, invited the U.S. team to spend a week sightseeing in China.

Capitalising on this new-found good will, President Nixon instigated a visit to Beijing — so began the defusing of the Cold War, and the term Ping-Pong Diplomacy was coined.

Putting bounce in those balls

Almost 55,000 balls are used every Wimbledon fortnight, with each ball lasting between seven to nine games before being replaced.

According to a strict set of rules laid down by the International Tennis Federation, each ball must measure between 6.54 cm and 6.86 cm in diameter and weigh between 56g and 59.4g. It must also bounce between 135 cm and 147 cm from a height of exactly 254 cm.

The Wimbledon balls travel nearly 7,000 miles from their factory in the Philippines, before being propelled around for several hundred more by the players on court.

The individual components that go into producing a tennis ball are sourced from 11 countries across four continents.

The wool of the outer covering arrives from New Zealand and is then taken to Gloucestershire to be woven into felt, before being flown to the Philippines to be wrapped around the ball.

At the end of the tournament the used balls are sold to the public, and the proceeds are donated to The Schools Tennis Programme.

Hotshot with an advantage

Italian player Giorgio de Stefani, ranked sixth in the world a century ago, was so adept at playing with either hand that he would swap the racket between shots and hit forehands from both sides of the court.

Occasionally, he would come on court with two rackets, one in each hand, and crunch forehand winners all over the court.

His opponents complained but, as Stefani pointed out, there was no rule governing the number of rackets a player could bring on court. In 1931 the tennis authorities grew tired of his tactics and brought about a new ruling whereby players were only permitted to play with ‘one racket at a time’.

One of Wimbledon’s most famous employees is Rufus, a Harris Hawk whose job is to keep Centre Court and surrounding skies clear of pigeons and other pests during play.

He also has 10,000 followers on his dedicated Twitter account. When, in 2012, Rufus was stolen from the back of his owner’s car, it caused an outcry around the globe.

The pressure was so intense that his captor panicked and released him into the wild. Rufus was found days later, back dutifully patrolling his most prized territory. 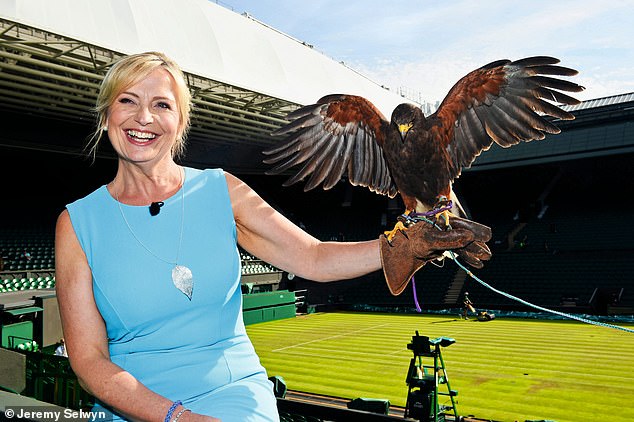 Presenter Carol Kirkwood poses at Centre Court with Rufus, a star of Wimbledon

In 1896 Irishman John Boland was holidaying in Greece, and hankering for a game of his beloved tennis, when a friend signed him up for the badly under-subscribed Irish Tennis Team competing in that year’s Athens Olympics.

Astonishingly, he won his opening match, played his way into the final, then won in straight sets, finding himself the proud but surprised owner of an Olympic Gold Medal.

When Fritz Traun of the German team lost his doubles partner to injury, he asked Boland to play with him and, in spite of not being German, the Olympic Committee eventually allowed the Irishman to play.

Even more astonishingly, the pair triumphed and Boland won his second Gold Medal, under a second nationality, in one Olympic Games.

Poster served up a storm

In the 1970s, schoolboys’ bedroom walls were almost all plastered with a poster called Tennis Girl, featuring a young woman in tennis whites walking away from the camera. In her right hand is a tennis racket while her left hand lifts the hem of her skirt, revealing her bare bottom for all to see.

The image sold millions of posters around the world, and is said to have saved the ailing retail store Athena from going bankrupt for another quarter of a century.

Several countries took such affront at the saucy image that the poster was banned, while in the Middle East copies were publicly burnt as an example of Western sexual decadence.

The poster still sells well today, and is said to produce a tidy pension for the late photographer’s widow, the aptly named Noelle Bott.

Adapted from How Tennis Invented Everything by Christian Howgill, £20.

To order a copy, visit howtennisinventedeverything.com

Five things to do with an old tennis ball

Simply cut a tennis ball in half, then cover the lid top that you need to open with the rubbery inside half of the tennis ball and twist it off without a problem.

If you haven’t got a wooden mallet, make a slit in your old tennis ball and place over the head of your hammer.

Prevent your partner from lying on his back and snoring by putting a tennis ball into an old sock and sewing the sock on to the back of their pyjama top. When the snorer turns on to their back, the tennis ball will prevent them from getting comfortable and they’ll return to their side.

Cut a slit in a tennis ball and slip it over the end of your bike’s kickstand, so it doesn’t sink into mud or soft grass.

Throw a couple of tennis balls into the dryer when spin-drying feathery items such as down-filled pillows, quilts or puffa-jackets. They will fluff up again as good as new.