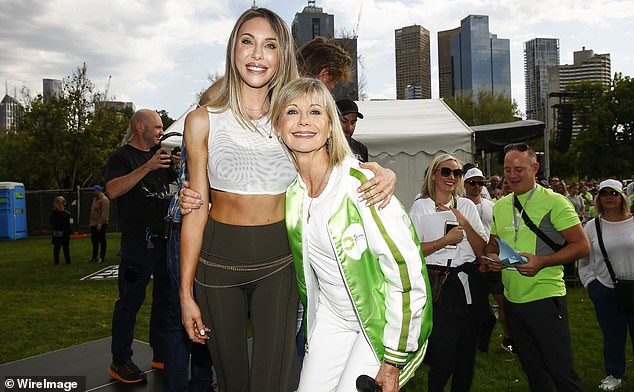 Newton-John, 73, died peacefully on Tuesday in her US home.

Her confronting early diagnosis struck a chord with the former wife of Australian cricketer Glenn McGrath, who lost her own battle with breast cancer in 2008.

After her passing, from 2009 onwards, the Sydney Cricket Ground has been transformed into a sea of pink for one day of the annual January Test, with millions raised to help fund McGrath Breast Care Nurses.

The touching scenes have become a staple of Australia’s summer of cricket – and last year alone, the McGrath Foundation generated $3million. 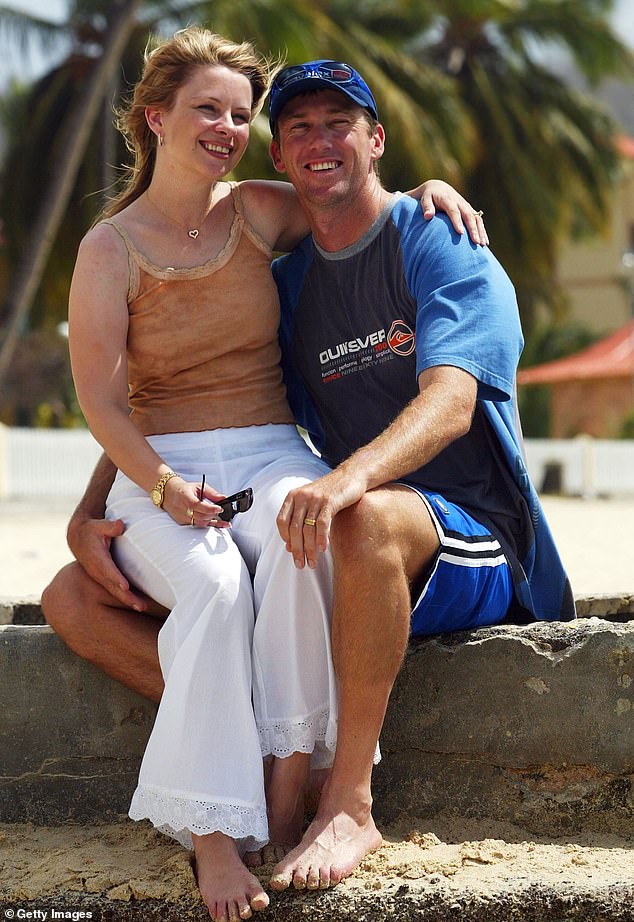 Olivia Newton-John’s early diagnosis struck a chord with Jane McGrath, (pictured), the former wife of Australian cricketer Glenn McGrath, who lost her own battle with breast cancer in 2008

Tracy Bevan, who was Jane McGrath’s best friend, said the mother of two was moved by the tireless work of Newton-John – not only in raising awareness of breast cancer, but in also helping improve the lives of patients and their families.

‘For Jane, it was important to share her story and make a difference for people going through what she did. And Olivia did the same,’ Bevan told Honey.

‘Honestly, it was just inspiring. It must have been incredibly difficult for Olivia to share her story, it was such a personal experience.

‘For her to do that, it made such a difference and inspired so many people. Jane did the exact same thing.’

McGrath was just 31 when she initially diagnosed in 1997.

She was deemed cancer-free by 1998, but tragically then became severely ill and died a decade later.

Newton-John was diagnosed three times in her life, with the cancer eventually taking its toll at her home in California in the early hours of Tuesday.

She died peacefully, surrounded by family and friends.

‘My dearest Olivia, you made all of our lives so much better. Your impact was incredible. I love you so much. We will see you down the road and we will all be together again,’ he said in an Instagram post.

‘Yours from the first moment I saw you and forever! Your Danny, your John!’

Newton-John’s family will be offered a state funeral in recognition of the iconic Australian actress’ achievements and dedication to cancer research.

Victorian Premier Daniel Andrews said on Tuesday he will contact the star’s family this week to propose the memorial.

‘As for celebrating her life, her music and film and all the other amazing contributions that she made, we would, of course, want to speak to the family and be as respectful as we can,’ he told reporters.

‘She took her cancer journey and used that to save lives and change lives, and that’s  deeply impressive.’