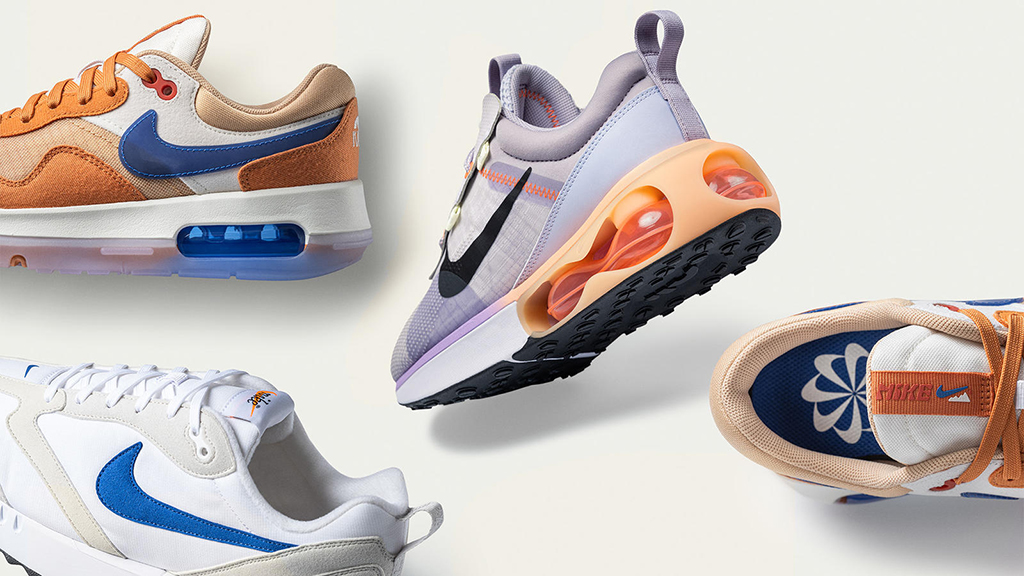 As Nike strengthened its grip on the ultracompetitive athletic market over the past 50 years, the company has worked to evolve and strengthen its purpose. During that time — especially since it released its first Impact Report two decades ago — one thing has remained constant: sustainability matters.

As time went on, the company knew it had to evolve to address the complex and constantly-changing issues, according to Nike chief sustainability officer Noel Kinder.

“A lot of companies have a chief sustainability officer and maybe a small team around them that works with their constituents around the company, which is an approach we took for a long time,” Kinder told FN. “As we moved through the maturity curve, when I came to this role about three years ago, we decided it was time to embed sustainability throughout the company. There are senior leaders, usually vice presidents, who lead sustainability teams and sit at the leadership tables of the major functions throughout the company: innovation, product creation and operations and logistics, contract manufacturing all the way through Nike retail and even marketing and communications.”

He continued, “Pairing the specific quantitative targets we have with teams that are embedded with the folks that are getting the work done, has allowed for progress in a way that we haven’t had in the past, just because it’s so institutionalized throughout the company.”

The athletic giant recently revealed its 2021 Nike Inc. Impact Report, which included an assessment of its sustainability efforts from the past year and a look into the company’s goals to hit by 2025.

Nike listed highlights from 2021, including the use of 78% renewable energy powering its globally-owned or operated facilities. In addition, 100% of the manufacturing scraps at its Tier 1 finished goods footwear suppliers were diverted from landfills through increased recycling, and recycled polyester made up 38% of the Nike brand footwear’s total polyester usage, which is two times the previous year.

In terms of its facilities, Nike debuted the LeBron James Innovation Center in October 2021, which received LEED Platinum certification. The facility features 908 solar panels on the roof, 21,210 pounds of Nike Grind on the Nike Sport Research Lab floors, 100% renewable electricity and 40% less water because of water-efficient fixtures.

From a product perspective, one of the more attention-grabbing efforts in 2021 was Nike Refurbished, an initiative it described it as a “fully circular consumer offering” where it refurbished hand gently worn, like-new or slightly imperfect footwear, both performance and lifestyle, in men’s and women’s sizing.

While Kinder said it’s difficult for him to choose one area that is making the biggest difference, he noted that the company’s progress in water conservation is perhaps the most impressive.

According to Nike, the company reduced its freshwater use by 6.7% per kilogram in 2021 of material for its textile dyeing and finishing factories.

“We’ve done good work in the water space over the last couple of years, and have over indexed against our targets pretty consistently,” Kinder said. “That’s a function of taking an outside-in perspective. We’ve hired talent from the semiconductor industry, we’re deploying that talent against the textile partners that we have, and we’re learning from industries that are more sophisticated than ours to get better.”

Looking ahead, Nike has detailed a series of targets to hit by 2025, including the 70% absolute reduction in greenhouse gas emissions in its owned or operated facilities and 10 times the amount of finished product waste refurbished, recycled or donated (over its baseline of 2020) and to adopt clean chemistry alternatives for its 10 priority chemistries across its supply chain.

Despite the progress that has been made, Kinder acknowledged there’s still room to improve. The biggest opportunity, according to Kinder, concerns speed and scale.

“We’re pretty good with [speed and scale], but the reality is with the complexity and urgency of climate change, and the size that Nike’s footprint represents, we need to go fast,” Kinder said. “We’re fortunate that we have the scale that we have, but that doesn’t mean we don’t continue to push ourselves. What’s great about where we are today is the notion that we’ve integrated sustainability at all the major functions in the company, and we’re harnessing the passion and energy of our employees.”

That team focus has been critical, he said. “In a lot of ways, the folks that design and create our products continue to push us even harder. They’re looking to us and saying, ‘Hey, we want to do this work, help us find better alternatives.’