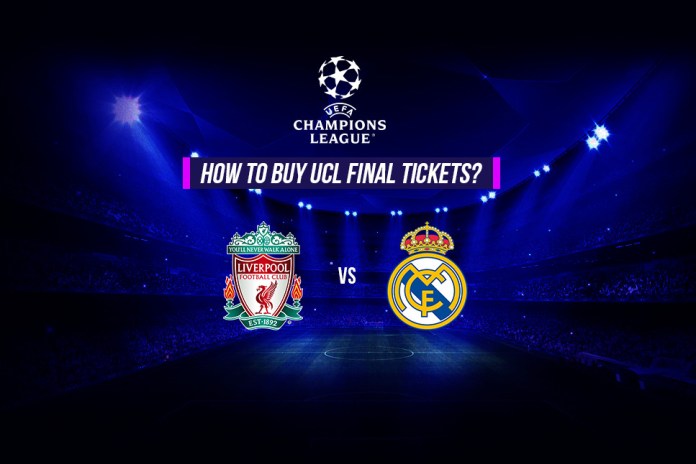 Champions League Final 2022: How to Buy Liverpool vs Real Madrid Tickets? – After seeing 80 sides from 54 associations take part in elite European competition this year, only one can get their hands on the ultimate prize. Liverpool are looking for European title number seven and also seek revenge on the 2018 UCL Final against Los Blancos. Real Madrid are pursuing a 14th Champions League triumph. Follow Champions League live updates on InsideSport.IN

Masters of their craft 🙌

How can you buy tickets for the 2022 Champions League final?

The Champions League Final, Liverpool vs Real Madrid will take place on Sunday, 29th May kick-off at 12:30 AM IST and Saturday, May 28 kick-off at 8pm BST/3pm ET.

Of the 75,000 tickets up for grabs, UEFA has announced that 52,000 will be made available to supporters and the general public.

The two teams that reach the final will each receive an allocation of 20,000, with 12,000 tickets being offered for sale to fans across the globe.

Each of the finalists will give away 10,000 tickets free of charge to followers of their club, with European football’s governing body eager to “reward the lifeblood of the game for their loyal support during the pandemic”.

Tickets available through UEFA’s official portal will not be sold on a first come, first served basis, with a ballot being put in place that needs to be registered for when applying.

Tickets for the 2022 UCL final have been in high demand, meaning that Liverpool’s allocation of face value tickets have already been snapped up.

Fans may still be able to purchase tickets through resale sites, but naturally, this means that they will come at a vastly inflated cost.

There are 1,324 restricted-in-view tickets within the allocation.

The final was originally scheduled to take place in Bayern Munich’s Allianz Arena. Following to the COVID-19 pandemic, however, the 2020 and 2021 finals were relocated to Portugal, and the final hosts were shifted back a year.

As a result, this year’s final was due to take place at the original host of the 2021 final, Zenit Saint Petersburg’s Gazprom Arena, with the Allianz Arena to host the showpiece event in 2023.

But after Russia’s invasion of Ukraine, UEFA decided in February to move to the final again this time to the Stade de France in Paris. The 80,000-seater stadium hosted the Champions League final in 2000 and 2006, as well as the finals of Euro 2016 and the 1998 World Cup.