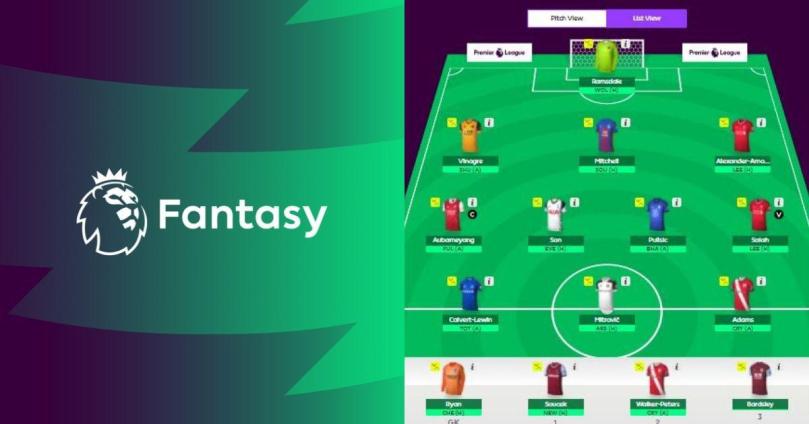 Fantasy Premier League 2022-23: A record-breaking 9.1million managers played the game last season and you can join them in 2022/23.  Fantasy Premier League (FPL) is undoubtedly the most popular and offers users the chance to battle it out with their friends and rivals across the globe. Follow all Football news and updates live on Insidesport.IN

Fantasy Premier League 2022-23: How to register for FPL

To play Fantasy Premier League for the first time, you must register on the FPL site.

Head over to fantasy.premierleague.com to register your account by submitting an email address, setting up a password and then confirming your email address.

Once you have set up your account and chosen a team name you are ready to start playing.

FPL is a game that casts you in the role of a Fantasy manager of Premier League players.

You must pick a squad of 15 players from the 2022/23 Premier League, who score points for your team based on their performances for their clubs in PL matches.

Prices are given to players based on the number of FPL points they are projected to deliver and you are limited to a budget of £100.0m for your 15-man squad.

How are points awarded?

Points are awarded to players for goals, assists, saves and clean sheets. Players can also earn additional bonus points in Fantasy as a reward for a good performance in a match (see the Bonus Points System for more).

Your team’s points for the match round or “Gameweek” will be scored by your starting XI. But if a starting player does not feature for their club in that round of matches, the points scored by the first player on your bench will automatically be counted instead.

The same process occurs if two or three starting players fail to appear. You can also earn extra points by selecting a captain from your starting line-up. The captain’s points are doubled in that Gameweek.

How is fantasy football point-scoring determined?

Points are awarded to each player based on their performance in a match, with the following criteria being applied:

For a full explanation of what happens in the event of a bonus-point tie, as well as the Bonus Points System used by FPL and how it works, a full breakdown can be found via the ‘Rules’ section of the official website.

Who are the best players to pick in fantasy football?

Each registered Premier League player from the 20 teams in England’s top-flight league is assigned a price, with the top-value players considered to be the ‘best’ and most likely to score the most points over the season.

The most expensive player on the game is Liverpool forward Mohamed Salah, who is available for £13 million – an increase of £0.5m from 2021-22.

Indeed, midfield and forward players make up the bulk of the most expensive assets on the game, with the highest-valued defender being Liverpool right-back Trent Alexander-Arnold (£7.5m).

As for the highest-priced goalkeepers, there are three who are valued at £5.5m; Alisson, Ederson and Hugo Lloris.

The most expensive forwards in the game, meanwhile, are Tottenham striker Harry Kane and Manchester City summer signing Erling Haaland, who are both £11.5m.

What are ‘Chips’ in Fantasy Premier League?

Each team is allocated chips that can be used during the 2022-23 Premier League season to aid and enhance performance and point scoring.

They are: Bench Boost, Triple Captain, Free Hit and Wildcard.

Bench Boost allows a team to receive points for their starting XI and substitutes, and can be used once a season. Free Hit, meanwhile, gives the FPL manager the chance to make unlimited transfers to their team for one sole gameweek.

A Triple Captain chip can also only be used once in the season and means that the player selected as your captain will score three-times the amount of points for a single gameweek.

The Wildcard chip can be used twice in a season – the first before before November 12 and then the second after December 26 – and allows unlimited transfers to be made.

FPL have also announced there will be unlimited free transfers between November 12 and December 26, due to the 2022 World Cup taking place in Qatar.

👀 New look for a new season

What prizes can you win in Fantasy Premier League?

There are various prizes available across the 2022-23 season for those teams who perform well.

The grand prize for finishing in first place in the overall Fantasy Premier League standings of all global players is a seven-night break in the UK including VIP hospitality at two 2023-24 Premier League matches.

Other prizes are also awarded to that individual including a Hublot connected watch, a copy of FIFA 23 and a laptop computer or SIM-free smartphone.