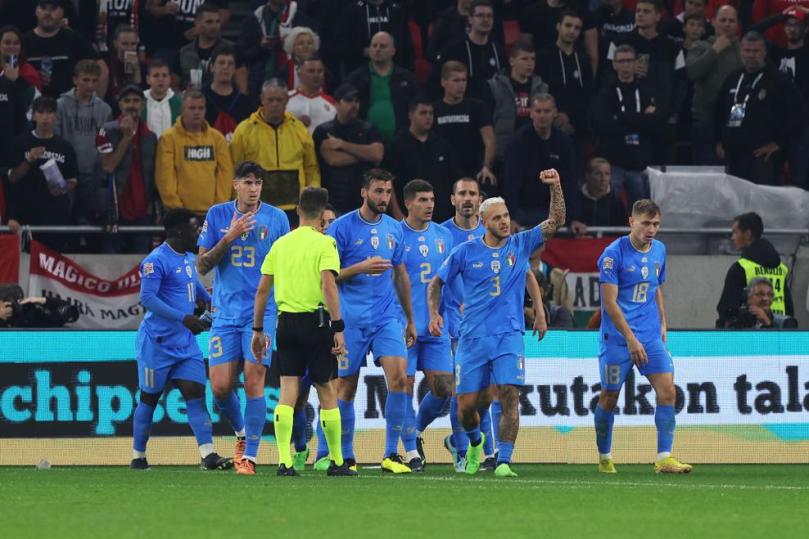 UEFA Nations League LIVE: HUN 0-2 ITA,Hungary vs Italy LIVE – Hungary has had their chances, but Italy has been the better…

UEFA Nations League LIVE: HUN 0-2 ITA,Hungary vs Italy LIVE – Hungary has had their chances, but Italy has been the better team so far, taking the lead thanks to Raspadori’s finish after Hungary gave away possession deep in their own half. Follow UEFA Nations League  LIVE updates with InsideSport.IN

🇭🇺 Hungary beat Germany for the first time since 2004 👏👏👏

Next up? Italy on Monday for a place in the finals!#NationsLeague pic.twitter.com/XbLWQ5KJ95

Italy has a strong record against Hungary, having won 17 of the 34 games played. Hungary has won eight games against Italy and will look to close the gap in this match. The previous encounter between both the two teams took place in June of this year, and Italy won 2-1. Hungary performed admirably on the day and will have to prove their worth again this week.

Though Marco Rossi will be without first-choice forward Roland Sallai due to a recent eye injury, MLS-based Daniel Gazdag deputized on Friday and could do so again against Italy. Dominik Szoboszlai will also start in place of Adam Szalai, who will bid an emotional farewell to the home fans in his final game for the Magyars.

Loic Nego is expected to start at right wing-back, with Milos Kerkez hoping to build on his senior debut in Leipzig by keeping his starting spot on the left; regular starter Zsolt Nagy is injured.

As a result of injuries to midfield trio Marco Verratti, Sandro Tonali, and Lorenzo Pellegrini, as well as Napoli winger Matteo Politano, Davide Frattesi and Manolo Gabbiadini were called up as replacements.

West Ham United striker Gianluca Scamacca made his fourth appearance for the Azzurri, substituting last season’s Serie A top scorer Ciro Immobile, who missed out in Milan due to a thigh injury, and could partner former Sassuolo teammate Giacomo Raspadori again if Immobile is unable to recover in time.

Live streaming of UEFA Nations League 2022-23 in India will be available on SonyLIV, JioTV apps, and OTT platforms.