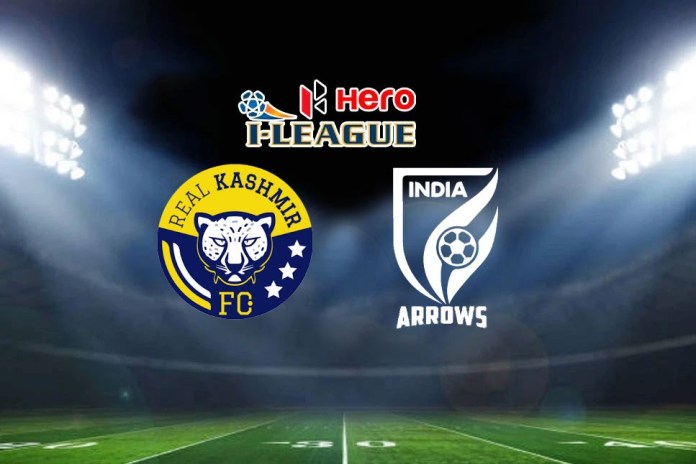 Talking about the draw, head coach David Robertson said, “In the first half we were very good and we got two goals, but in the second half obviously we lost the lead. These things happen in football and we just have to learn from them and move on. We are now focused on the upcoming games “. Moving on to the opponents, Robertson believes that this won’t be an easy match to play.

I-League 2022: “Indian Arrows are in the second last position, but that does not mean that it will be an easy match. We know that any team can beat anyone, so instead of focusing on others, we would like to look at our team and how we can defeat them. We know it will be a difficult game and we know their attacking threats,” he said.

Defender Ponif Vaz, who accompanied the coach in the pre-match press conference, spoke about the team and players. “At the moment we are in a good shape. In the next match, we have to perform well. We have got some great players and we are really close friends who understand each other on and off the pitch.”

Indian Arrows suffered their fourth loss of the season on Monday, losing 1-0 against NEROCA FC. However, coach Shanmugam Venkatesh has taken a lot of positives from the previous results.

“I always see the improvements. The last game was really good and I really appreciate the way the boys played. So yes, my expectations are very high for the boys because I know they can do well. ”

Venkatesh is aware of the threats that Real Kashmir FC poses.”We know they definitely have some plans to stop us. They are a very technical team with some great passers and we know our boys have to be very careful against them.”

I-League 2022: Defender Brijesh Giri, who was with the head coach and is ready to face a tough challenge against Real Kashmir FC, said, “Yes definitely, we have improved a lot. We know we are improving every day but in this game, we have to be defensively very strong, stopping aerial balls, penetrating passes and we just have to play our natural games.” Follow I League related updated on insidesport.in