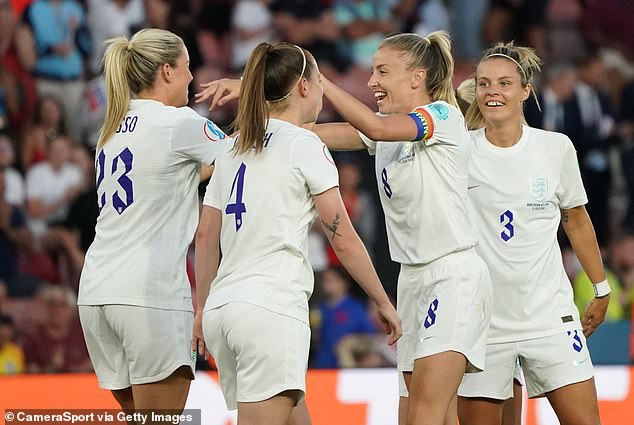 Sarina Wiegman gave a profoundly wise response when asked a while back if England winning a tournament would be a measure of her success in this country.

‘You cannot say ahead, ”We are going to win this”,’ she replied. ‘If you play the best you can play, it’s OK. It could be a final you win. You could lose also.’

Unmistakable echoes, there, of what sports psychiatrist Dr Steve Peters told a Liverpool squad desperate to win the Premier League title, when Brendan Rodgers recruited him in 2013: ‘If you start going into the realm of the uncontrollable with a pre-defined goal then you are going to start to stress. Let’s commit to the dream but let’s not make it a goal.’

Wiegman inherited a team stuck in a deep rut after the World Cup semi-final defeat of 2019, watching national sides such as France and Spain accelerate ahead of them.

Yet the evidence of these past two weeks suggests that England may never have a better chance of winning a tournament than at this European Championship — and whatever transformation of the women’s game that might follow.

While England are on home soil and in supreme form, the Spanish team they face in Brighton tonight have real weaknesses.

If the Lionesses can venture beyond them to a semi-final in Sheffield next Tuesday, they will likely face a Sweden side who hardly set their group alight. 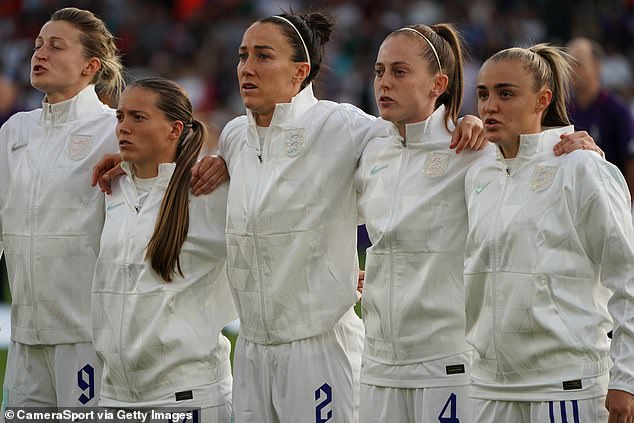 And beyond that, there would perhaps be an old, familiar foe. Germany, who have done an extremely good job of talking themselves down, may well reach the final.

Of course, nobody within England’s set-up dares articulate all this. Wiegman oozes self-effacement, continually stating in her excellent English that she does not know the word for this or that. It was ‘ice packs’ yesterday.

But the most striking aspect of the many interviews with England’s players in the past month is their discussion of a particular kind of self-confidence she has given them — both as footballers and as women.

Previous England managers Mark Sampson and Phil Neville were extremely strong on the motivational side, though Wiegman seems to speak to them and connect with them in a very different way. 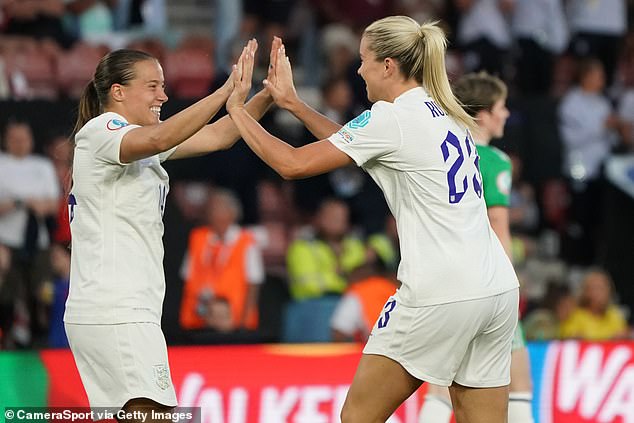 This is because of a perspective which will resonate with women way beyond the realm of football — a sense of which Wiegman provided in an interview with Dutch newspaper de Volkskrant after taking the Netherlands to the last World Cup final.

‘Women are valued differently and that is why they often lack self-esteem,’ she told the Dutch novelist Anna Enquist, who was interviewing her.

‘I’m getting more and more admiration for how my parents did things. Never judge. Always think about what you are about to say. Give confidence.

‘That is good for a child. I think that’s how a girl develops a healthy way to maintain self-esteem. Then she doesn’t have to be liked by everyone and constantly look for applause.’

But it’s not all soft focus with her. The desire to win and be acknowledged for it comes from feeling like a second-class citizen within football for too long. 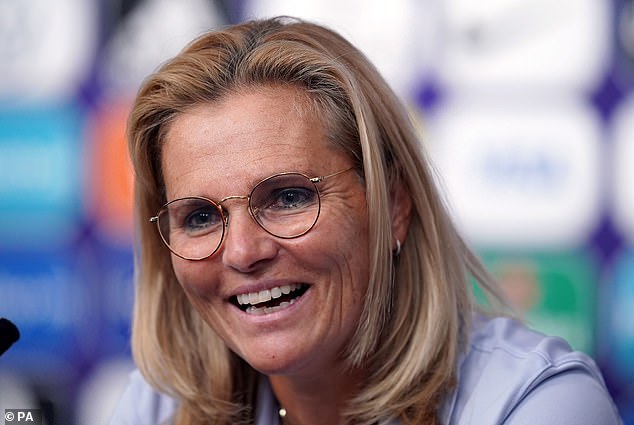 When Louis van Gaal handed her a ceremonial bowl to mark her playing contribution to the Dutch national team some years back, she was wearing an orange shirt several sizes too big for her. She’s unflinchingly tough, as her players all testify.

And that is why, despite a diplomatic assessment of Spain over Zoom yesterday, she will know that failure to win will be a major opportunity lost.

Spain attack the flanks yet, as the BBC’s co-commentator Lucy Ward has observed, lack forwards who have aerial prowess or attack the box. Lucia Garcia, their main attacking threat, will need the game of her life tonight.

They are a team vulnerable to the probing passes of Keira Walsh and central defender Millie Bright’s 40-yard diagonals.

Considering the way Germany’s Klara Buhl eased past Ona Batlle, Spain’s right back, in the groups, it’s hard to imagine Wiegman will not be encouraging Lauren Hemp to go at her, with her pace. 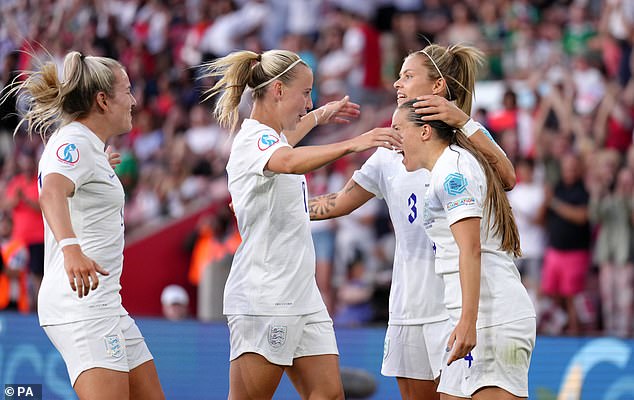 ‘There is a little more space for us because they have such an attacking style of play,’ Wiegman said on Tuesday.

The Germans are a conversation for another day, though they look like the biggest impediment to England and glory from here.

Their striker Alexandra Popp and central defender Marina Hegering were certainly too much for Spain. And Germany face none of the pressure that comes with being the host nation.

Wiegman, who having shrugged off Covid is ‘very hopeful’ of being at Wednesday evening’s match, dismissed talk of national expectations. 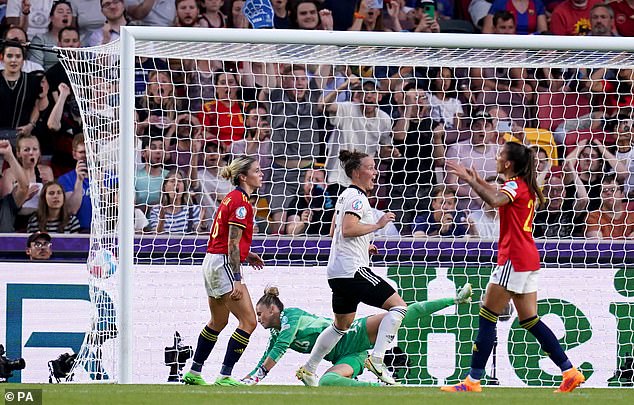 ‘You (the media) talk about pressure all the time,’ she said. ‘We talk about football under pressure against the best in Europe.

‘So what we try to do is just play football. To play at our best and try to use our strengths and exploit the weaknesses of the opponents.’

Another wise response, reinforcing the sense that we are witnessing a confluence of highly favourable factors here.

Three games. Twelve days. This England team are looking at the chance of their lives.