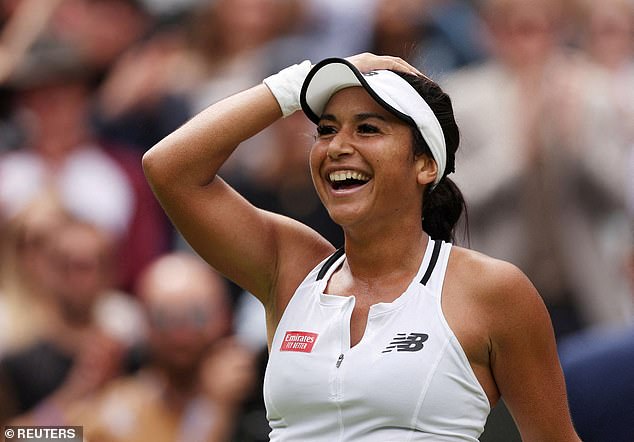 While Emma Raducanu is, in her own words, ‘doing things backwards in tennis’ — winning before she did much else — Heather Watson has been yearning to move forwards for longer than she cares to mention.

She knows Grand Slams like the back of her hand — this is her 43rd — yet the second week of competition in them is unknown territory to her. Watson served for the match against Serena Williams in the third round seven years ago, was two points away from winning and lost. She had never been as close to a fourth round since.

For 10 enormous minutes on Friday, the clouds moved across the sun on Court 1 and the ghosts of the previous unravelling began to stalk her. 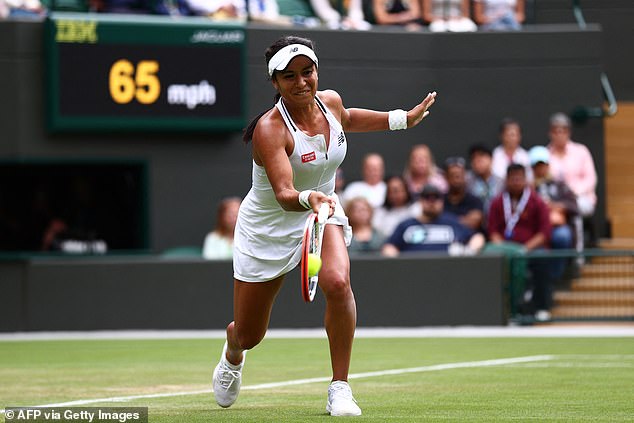 Watson beat Kaja Juvan, the Slovenian ranked 59 places above her, 7-6, 6-2 on Friday

On that July day in 2015, she led 3-0 in the final set when she was reeled in. On Friday, she led 5-0 in the second set when she lost a service game and faced four break points in a second. It was an ice cold temperament that delivered her home against Kaja Juvan, the Slovenian ranked 59 places above her, and on to a higher plain.

Watson, who arrived here aged 30 with hamstring worries after a particularly tough few years, insisted after her 7-6, 6-2 victory that she had never given up on making this kind of progress, with unseeded German Jule Niemeier awaiting her in the fourth round.

‘No chance! I wouldn’t still be playing if I thought that the ship had sailed. I’ve been waiting long enough for this to happen.’

But it was also instructive to hear her reflect on why her mother, Michelle, has been such a support down the years: ‘She doesn’t take the losses too hard.’ Therein lies the story.

Juvan belongs to the narrative of Watson’s struggle for major success, having consigned her to a 10th successive first-round defeat in the US Open, last year. Watson has never even made it past that first hurdle at Flushing Meadow.

There has been something rather emblematic about her difficult journey through the first two rounds. The scheduling had assigned her two evening singles matches, neither of which could be concluded within the day. She has played all five days of Wimbledon so far. ‘It’s killing me!’ she related a few days ago. 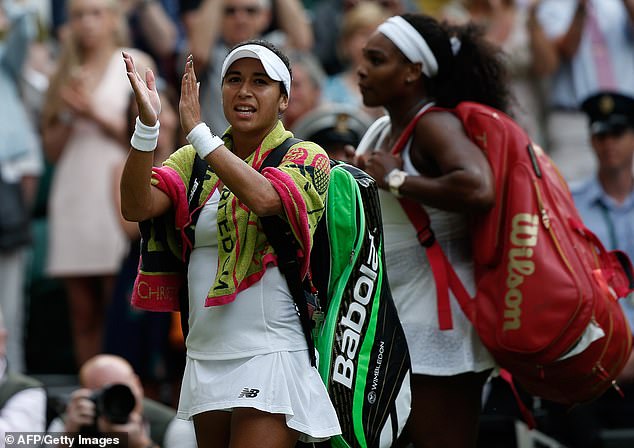 In 2015, Watson came agonisingly close to upsetting the great Serena Williams at Wimbledon 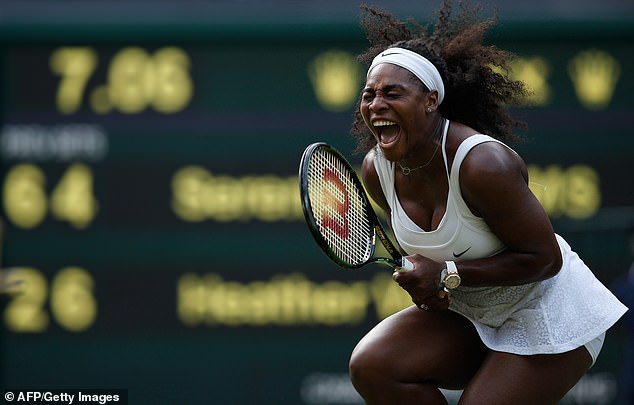 Juvan did not make it easy for her either, in the course of a first set in which Watson immediately broke back after the Slovenian had dismantled her serve. Watson’s second-serve speed, slower and weaker than Juvan’s, created a constant vulnerability. Against Williams in 2015, she took advantage of her athleticism to extend rallies and did not go for outlandish winners, making just 11 unforced errors. But manifest here was the daring and audacity that has characterised these past five days of British Wimbledon success. She operated within fine margins, searching and finding the lines on both sides of the court, to win the first set tiebreak 8-6.

A considerable number in the crowd did not seem to foresee a memorable British story. Many talked and a few corks popped as Watson got on with the task in hand. The noise was not welcome but she seemed to shut it out.

Her opponent’s game unravelled during a second set in which she lost 11 successive points and Watson opened a 5-0 lead. 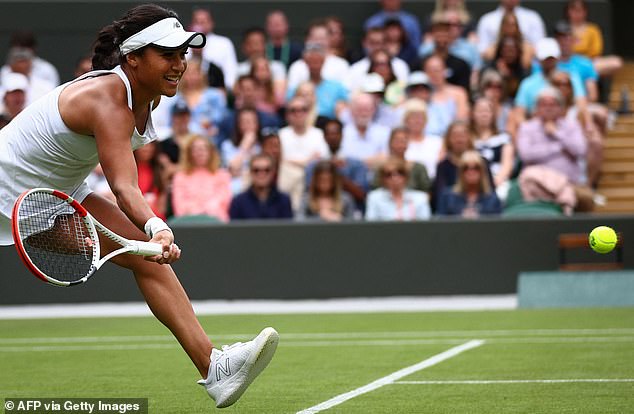 There was no timidity as Watson faced up to the jeopardy of a second service break. A sequence of serves at the outer range of her physical capability fended off the four break points before she dispatched her fastest at 105mph and followed it to the net to meet the scrambled return which landed at her feet.

She dropped to her knees on the turf when it was all over and said in the courtside interview: ‘It wouldn’t be me if there wasn’t a bit of drama at the end.’

As if singles success was not enough, Watson later secured a place in the second round of the women’s doubles with fellow Brit Harriet Dart after a straight sets win over American Emina Bektas and Slovakia’s Kristina Kucova.

Many have puzzled why Watson has been around the edges of the world’s top 100 for so long. Some feel she has not challenged herself as she might. Grand Slam earnings allow a nice lifestyle and she had amassed £3.92million before this tournament. 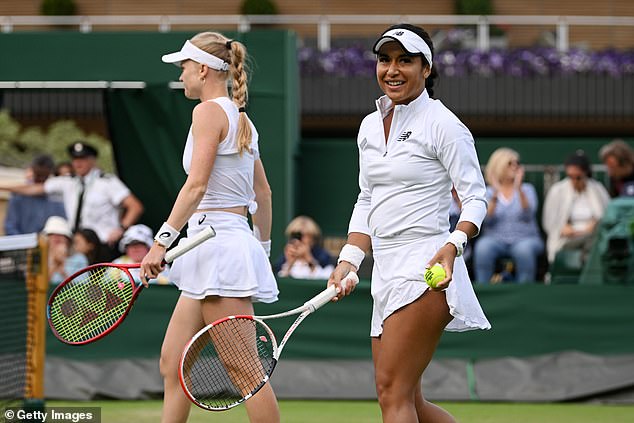 Finding the right coaching is a part of it. The performance against Williams was in part a consequence of her work with Argentinian Diego Veronelli, whom she met through the IMG Academy in Florida founded by Nick Bollettieri, which she attended from the age of 12. The two are working together again.

The squandered service game against Williams had not haunted her, she insisted. Yet she must remember what Williams said about her after their clash — ‘She should look beyond the top 20’ — and reflect that she never improved on the world ranking of 38 which she achieved that year.

But all that is in the past. Now she faces Niemeier, who is ranked only 27 places above her, and she can believe that another win is within her. ‘I’ll go away and study her game,’ said Watson, living proof that you can never quite know if your best days are still ahead of you.