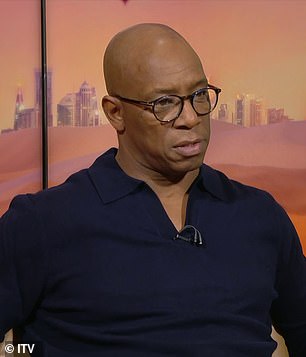 Ian Wright has hit back at the critics who slammed Eni Aluko for making a mistake while working as a pundit on ITV’s coverage of Brazil’s last-16 tie with South Korea.

The conversation stemmed from his impressive performance – scoring in the 29th minute of the game to take his international goal tally to 20 in 41 appearances. 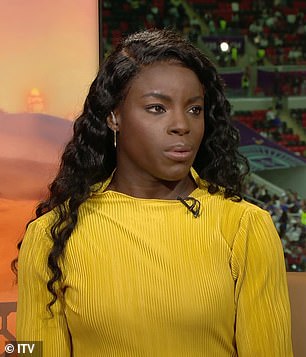 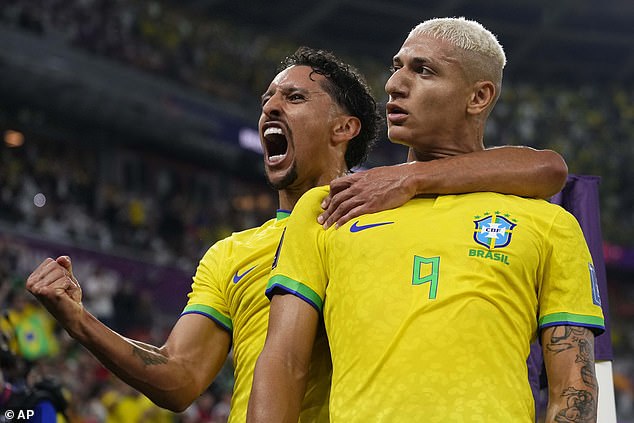 The former England striker made a mistake while trying to work out Richarlison’s international goal-to-game ratio on the spot.

Speaking live on air, Aluko said: ‘He [Richarlison] really has [had a big impact],’ ‘He’s the top scorer for Brazil over the last two years. 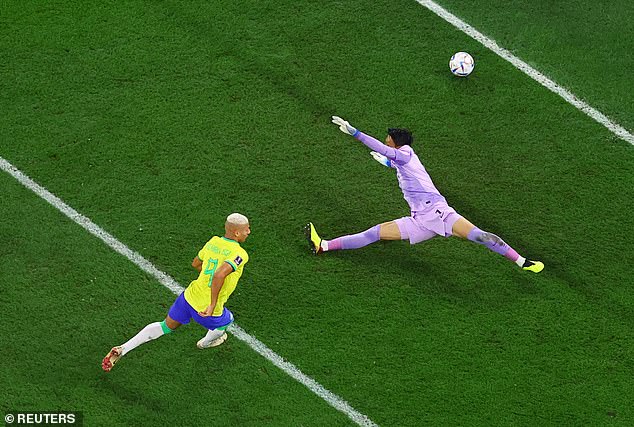 Fans were quick to take to social media to criticise Aluko for the mistake and mock her analysis as a result.

One Twitter user wrote: ‘”19 goals in 40 appearances is one goal a game” Just insulting to the public to have to listen to her. How on earth has it got to the point where someone who’s played at the level of most Sunday league players is critiquing Brazil in the World Cup. Truly insane!’.

Another added: ‘She’s having a mare in the morning she was asked on talkSPORT to name 5 best English strikers she said I’d have to pick Jimmy greaves for his hatrick in the World Cup final’. 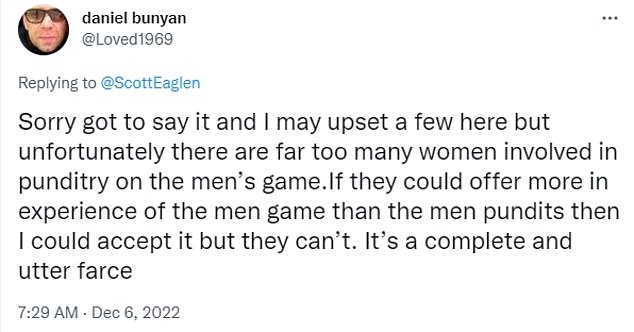 One Twitter user wrote: ‘She talks some s**t’, while another added: ‘Why are ex female players commenting on the men’s game? It’s at nowhere near the same level. A bit like having an ex conference south player on giving his tuppence worth…’

Before someone else added: ‘Sorry got to say it and I may upset a few here but unfortunately there are far too many women involved in punditry on the men’s game. If they could offer more in experience of the men game than the men pundits then I could accept it but they can’t. It’s a complete and utter farce’. 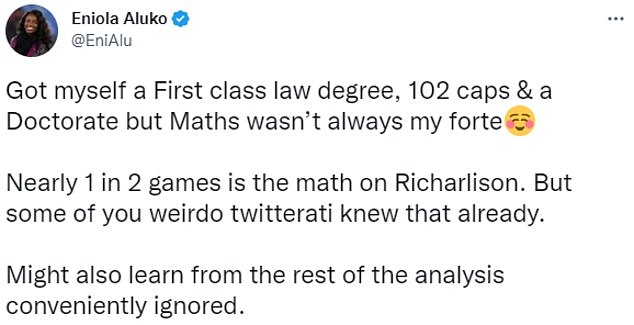 Wright Tweeted: ‘I’ve made countless mistakes live on air. The replies to this are horrible. You man are so pressed by women in football that you take pure pleasure in this. Grow up.’

Seema Jaswal agreed with Wright and added: ‘Aluko is an absolute joy to work with, knowledgeable, professional and makes my job so much easier.’

Dan Walker also said: ‘We all know what she meant and if either of the blokes alongside her had said it… it would have been ignored.

‘The bile beneath this says a lot more about the authors than Eni Aluko. P.S. I once called the Pentagon an ‘octagonal shaped building in Washington”. 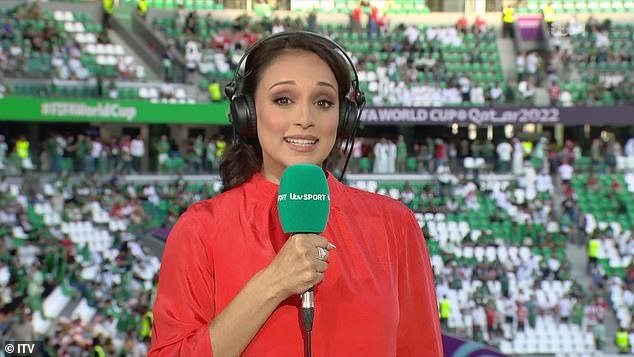 While Aluko took to her personal account to address the situation, claiming her critics ‘Twitterati’.

She wrote: ‘Got myself a First class law degree, 102 caps & a Doctorate but Maths wasn’t always my forte

‘Nearly 1 in 2 games is the math on Richarlison. But some of you weirdo twitterati knew that already. Might also learn from the rest of the analysis conveniently ignored.’