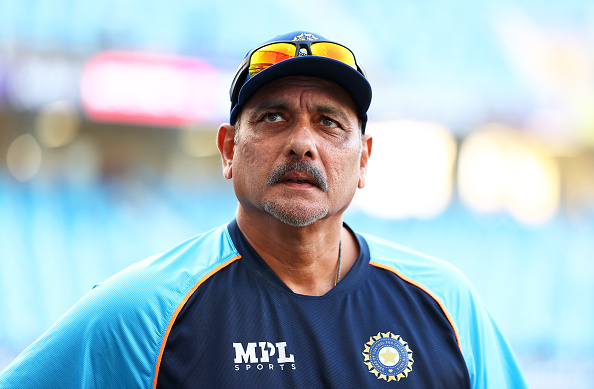 ICC T20 World Cup – Ravi Shastri WINNING Mantra for Rohit Sharma: India have not been also to send their strongest 15…

ICC T20 World Cup – Ravi Shastri WINNING Mantra for Rohit Sharma: India have not been also to send their strongest 15 to Australia for the T20 World Cup. The injuries to Ravindra Jadeja and Jasprit Bumrah have been a huge blow to Team India. But former India coach Ravi Shastri believes that Rohit Sharma and co is strong enough and has a chance to do well and win the cup Down Under. But he underlined the importance of starting the tournament well. Follow T20 World CUP 2022 LIVE updates with InsideSport.IN

India open their campaign against Pakistan at the MCG on October 23. India have to do well in the Super 12 stage to reach the knockout rounds. India are in Group 2, which comprises Pakistan, South Africa, Bangladesh and two more will qualify from the first round.

Shastri termed Bumrah’s injury as unfortunate, putting the blame on the volume of cricket. His message to the Indian team is quite clear, put up a good show in the Super 12 stage, reach the semis. If that happens, India are in a good position to win the title as well. He also explained that the injury to both Jadeja and Bumrah provides an opportunity to ‘unearth a new champion’

“It is unfortunate (Bumrah injury). There’s so much cricket being played, and people get injured. He is injured, but it’s an opportunity for somebody else. There is nothing you can do with injury.” Espn Cricinfo quoted Shastri as saying at the launch of Coaching Beyond.

“I think we have got enough strength and we have a good team. I have always believed if you make it to the semi-finals, it could be anyone’s tournament. The endeavor would be to start well, get to the semis, and then you have got enough strength to probably win the [World] Cup, for all you know. Bumrah not being there, Jadeja not being there – it hampers the side – but it’s an opportunity to unearth a new champion.”

Former India bowling coach Bharat Arun remains confident about India’s chances at the World Cup. India have been a quality T20 side. They have some of the big names in world cricket, including Virat Kohli, Rohit Sharma, KL Rahul and others.

The best thing about these players has been their experience of playing in Australian conditions. They have done well also, and Arun said that the conditions will suit India.

Arun also spoke about how Mohammad Shami can play an integral role in the T20 World Cup. But for that to happen, the team needs to pick him as Bumrah’s replacement. The BCCI are yet to name his replacement, but SHami is the front runner.

As for Team India, they have already reached Australia. They have left the country early to acclimatise to the conditions. It is important to note that some of the Indian players have not played in Australia. It gives them enough time to prepare for the T20 World Cup as well.

India are set to play four practice matches before their first game in the T20 World Cup. They will face Western Australia twice on October 10 and 13. The Men in Blue will also meet Australia and New Zealand on October 17 and 19 respectively. These matches are going to be important for the entire squad as India have played most of its cricket in the sub continent conditions recently. It is a matter of adjusting for the Indian team accordingly.