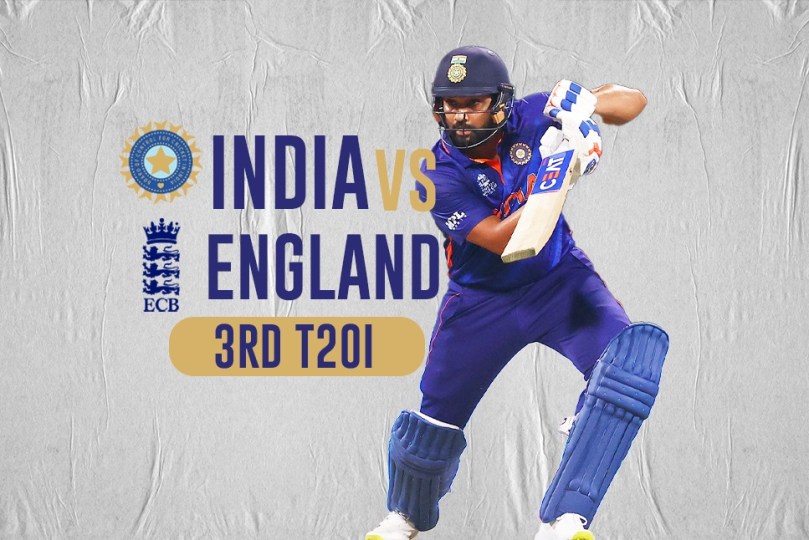 ICC T20 World Cup – India Squad T20 WC: IND ENG 3RD T20 LIVE:  ‘Ticking the right boxes’ ahead of T20 World Cup, says Rohit Sharma: India captain Rohit Sharma is happy that his team is moving in the right direction” and ticking all the right boxes but doesn’t want complacency to creep in with just three months left for the T20 World Cup in Australia. India have won fourth consecutive series under Rohit’s captaincy and with an aggressive batting and bowling approach on display in the powerplay, they have crushed England by 50 and 49 runs respectively in the first two games of the three-match T20I series.Follow India vs England T20 LIVE Updates with InsideSport.IN

India Squad T20 WC: “We are moving in the right direction and ticking the right boxes,” a happy Rohit said at the post-match presentation ceremony when asked about how he is feeling with the mega-event just months away.

“The only red flag I see is we can’t get carried away,” he said.

The skipper was all praise for his team’s approach in the powerplay both with bat and ball. “We do understand the importance of the powerplay, whether we bat or bowl. Our powerplay in both games was superb and (I) want to give guys confidence to continue,” he said.

For the India skipper, 170 on this Edgbaston track was a par-score. “Was good to finish on a score we thought was par on that surface,” Rohit said.

Winning is a nice feeling but for Rohit, the more important aspect was how to carry the momentum. “When you win games, it’s always nice. The group is also confident, which is very important. We will look to continue and focus on what lies ahead. Wanted to see how we do after a win and (we) will look to challenge us (ourselves) as a group,” he said.

Beating England in England isn’t easiest of propositions, but India have now beaten England in four T20I series (two in India
and two in England).

“We all know how good they (England) are wherever they go, not just in England. We were clear what we wanted to do.”

Under Rohit, Ravindra Jadeja has been used more as a batter who can bowl and the Saurashtra all-rounder has adopted to his new role like a fish to water.

“Brilliant knock under pressure (from Jadeja), and Jadeja, with his experience of the hundred (in the 5th Test) in this ground, was calm and collective. At no point, we were feeling he was panicking. We do want to give the guys sitting on the bench some chance and will go and discuss with the coach.”

When ball swings, you definitely enjoy, says Bhuvneshwar Since the start of the series in South Africa, Bhuvneshwar Kumar has been in good form; and he didn’t hesitate in saying that the white kookaburra was doing much more during this T20I series than some of the white-ball games that he had played in earlier years.

“When the ball swings, you definitely enjoy. In the last few years, there is not much help with the ball in England but this year it’s more. White ball getting swing upfront is a motivational factor for fast bowler and batters have to take their chances,” the senior seamer said.
He has now removed Jos Buttler in both the games and that had a lot to do with getting movement first up.

Honestly, I don’t want to talk about injuries. If anyone asks me the same in India, I don’t answer it, sorry. I am playing, so it seems it’s good,” Bhuvneshwar said.

Disappointing first T20I series as full-time captain for Buttler England captain Buttler had no hesitation in admitting that it was disappointing for his team, having conceded the series with a match to go.

“Very disappointing,” he said. “We didn’t play anywhere well we wanted and deserved to lose. Anytime you lose three wickets
in the powerplay, it is hard to catch up.” He lavished praise on 34-year-old debutant Richard Gleeson.

“Not just the wickets but the guys he got out, overall a fantastic debut. He has bowled fantastically well. CJ (Chris Jordan) always bowls the pressure overs and the figures can sometimes cloud what he’s doing.” Buttler said that the analysis will happen some time later as the last game is on Sunday.

“We don’t have much time to reflect on it as the next game is tomorrow,” he said.