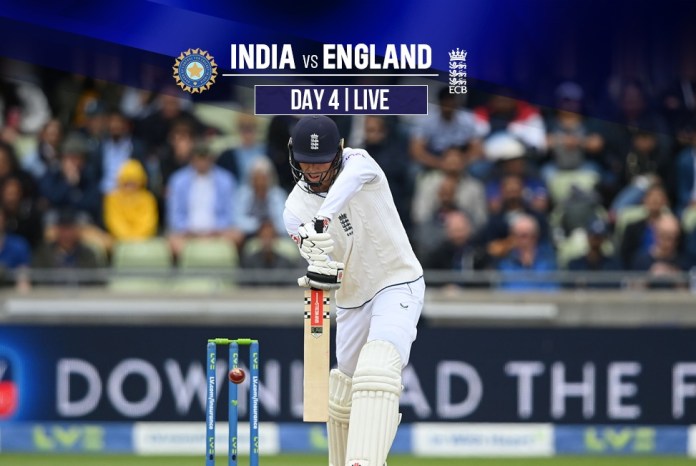 Earlier, England did fight back with quick wickets on Day 4, dismissing India for 245. But with Rishabh Pant and Cheteshwar Pujara hitting fifties, India ended up with 377-run lead.

It is worth noting that only once in 54 tests at the venue a score above this has been chased. India can further take the match away from England on DAY 4 as no team ever has chase above 281 at the GROUND.

England vs India DAY 3 STUMPS: India survived an assault from Jonny Bairstow, who smashed 106, his third consecutive century. But with wickets at regular interval, India ran away with a big lead, all thanks to centuries from Rishabh Pant and Ravindra Jadeja. Their efforts helped India post 416. In reply, England could only score 284.

India posted 125/3 with Pujara unbeaten on 50 while Pant is not out on 30. Earlier, India took a 132-run 1st innings lead with Mohammed Siraj bagging four wickets.

Most Expensive OVER in TEST History: After MOST EXPENSIVE OVER in T20…

After smashing Broad for the most expensive over in Tests with 35 runs, Bumrah dismissed ENG’s Top 3 batters too 🏏

A look at the pitch for the 5th Test Match.

Where to watch IND vs ENG 5th Test in India?

Sony Sports has the telecast rights for matches being played in England. The first Test will be shown on Sony 1 and Sony 1 HD. LIVE Streaming of the series will be available on SonyLIV.

Where to watch in the UK: TV channels
The matches will be telecast on Sky Sports – Main Event and Sky Cricket channels. The telecast will begin at 10 am UK time. The live stream will be available on the Sky Go app.