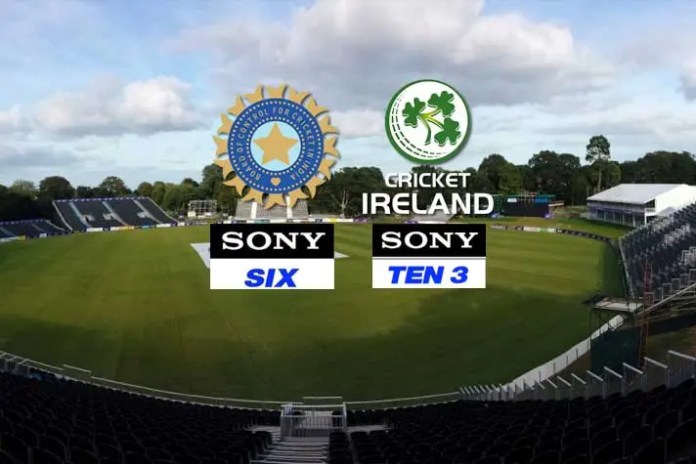 IND vs IRE LIVE Broadcast – India Ireland LIVE Streaming: Cricket Ireland has roped in some of the top broadcasters for LIVE Streaming of India vs Ireland T20 Series. The two-match T20 International series will be streamed and broadcasted LIVE in 72 countries across 5 continents. 1st match of the series will be played on Sunday at Malahide Cricket Club: Follow India Ireland 1st T20 LIVE Updates with InsideSport.IN

The match timings for India vs Ireland Series are –

The matches in UK and Ireland will be available on BT Sport. In India Sony Sports NETWORK will be the official broadcaster. For the rest of the world, the broadcast details are:

Matches LIVE in Ireland & UK: The matches will be broadcasted and available in Ireland and the UK on BT Sport. However this comes with a rider –

For the first match on 26 June, the match will be viewable on BT Sport channels only through the ‘Red Button’ service.

The Irish board has also arranged the match to be livestreamed through its online service: www.livestream.com/CricketIrelandLive

For the second match on 28 June, the match will be viewable through a linear (main) BT Sport channel.

How to hear the commentary of India vs Ireland T20 Games LIVE? talkSPORT (www.talksport.com) will be providing commentary of both matches.

The India vs Ireland squads are:

The network will dedicate 6 channels for the clash between Hardik Pandya led Indian team vs Andrew Balbirnie led Ireland.