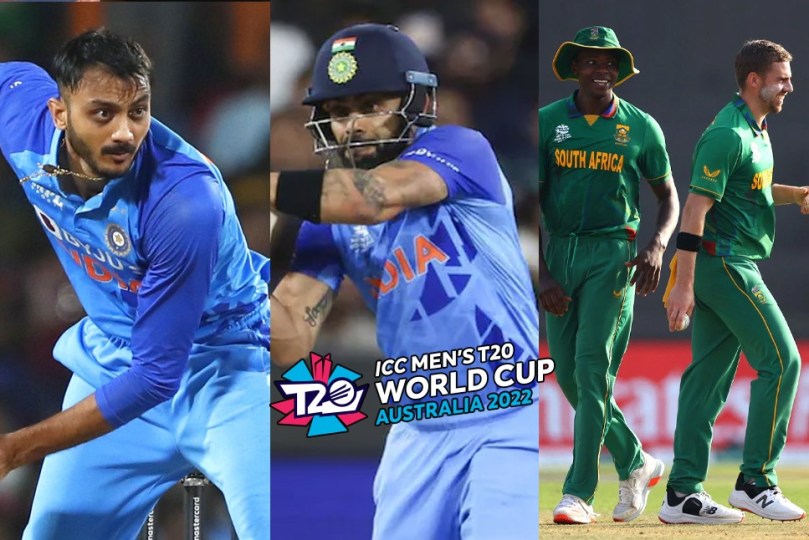 IND vs SA: ICC T20 World Cup 2022- After his side’s 56-run win over the Netherlands in their ICC T20 World Cup match here, Indian spinner Axar Patel had a spirited message for South Africa who India will face in their next encounter on Sunday. He said if South Africa have pacers like Anrich Nortje and Kagiso Rabada, India has in-form Virat Kohli. Follow India vs SouthAfrica & T20 World Cup live updates with InsideSport.IN

A superb performance by Indian bowlers coupled with half-centuries by a trio of Rohit Sharma, Virat Kohli and Suryakumar Yadav helped the Men in Blue score a 56-run win over the Netherlands in their Group 2, Super 12 match of the ICC T20 World Cup at Sydney Cricket Ground on Thursday. Axar said that Sunday’s encounter against South Africa is “an important match”.

“We will plan about it. We will play our normal brand of cricket we have been playing without worrying about bouncy pitches and the fact that they have bowlers like Anrich Nortje and Kagiso Rabada. We also have our Virat bhai (Virat Kohli) in form,” Axar quipped.

On his wicket-taking bowling spell against the Dutch after a disappointing outing against arch-rivals Pakistan, the spinner said that he was able to reset his mind following that match and was confident about the Netherlands match.

“Sometimes as a bowler, a batter is able to take his chances against you and get success. I saw videos with our bowling coach and my line and length were good, except for one ball. Sometimes, you get beat on good balls. But if you keep thinking about this, you will never make a comeback,” he added.

The bowler said that the team received a message while India was batting against Netherlands after winning the toss that the ball was stopping and pitch was not offering any turn or swing. This was also the case in the second innings when India bowled, he said. About his being moved up in the batting order against Pakistan, Axar said that it was done because Pakistan has left-arm and leg spinners.

“Our first six batters are right-handed. So I was told to stay ready to bat in such situations. I have practiced accordingly,” he added.

With the win on Wednesday, India are at the top spot in the points table with four points in two matches. The Netherlands are at the bottom and are yet to score a point. India scored 179/2 in their 20 overs after opting to bat first. Virat (62*), Suryakumar Yadav (51*), and skipper Rohit Sharma (53) shined with half-centuries. Rohit and Virat put on a stand of 75 runs for the second wicket while Suryakumar and Virat put on an unbeaten stand of 95 of 48 balls for the third wicket.

KL Rahul failed to fire once again, scoring only 9 runs. Fred Klaassen and Paul van Meekeran took a wicket each for Dutch. Chasing 180, Netherlands did not really look like a threat and Indian pacers and spinners exerted pressure on its batters from ball one.