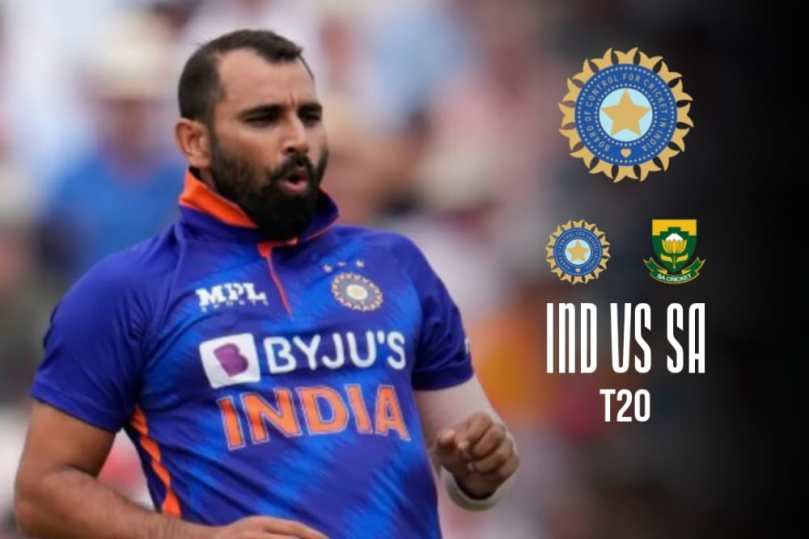 IND vs SA T20 Series – Mohammed Shami Fitness Update? It has been around seven days since Mohammed Shami tested positive for Covid-19. As a result, he was ruled out of the ongoing series against Australia. Ever since, the Board of Control for Cricket (BCCI) in India has been mum on the matter. His availability for the India vs South Africa T20 series is still not known. As Shami’s availability stays doubtful, according to a BCCI official Umran Malik has been asked to be on STANDBY: Follow South Africa Tour of India Live updates with InsideSport.IN

“I am not exactly aware about the current situation about Shami and his fitness. The medical team will have the details about it.” BCCI official told InsideSport.

It is important to note that the player has been included as one of the four standbys in the World Cup squad. The player was expected to feature in the Australia series, allowing the team management to look at his performance as well. But Covid played spoilsport to their plans.

Now, it remains to be seen if the management will get a chance to field Shami before the World Cup. They are scheduled to play South Africa in a three-match series, starting September 28, before flying to Australia. Shami is also set to fly with the India squad to Australia after the conclusion of the South Africa T20 series.

Mitchell Johnson said, “Mohammed Shami has been kept in the standby list for the T20 World Cup has surprised me. He’s a very skillful bowler”.

The management are more than keen to try Shami in the South Africa series. The pace attack has suddenly lacked colour in the last few matches. The likes of Harshal Patel and Bhuvneshwar Kumar has been below par. With the T20 pitches in Australia supporting pacers, Shami’s experience and nippy bowling could prove to be handful.

The availability of Shami for the T20 series is expected to be clear in the next few days. With the series starting from September 28, they do not have much time. It is understood that Umran Malik has been kept as a standby and may be added to the Indian squad for the series.

The three-match T20 series will start on September 28 in Trivandrum and will conclude on October 4 in Indore. It will be followed by the ODI series, but the T20 players will not be in the Indian squad for the 50-overs contest.