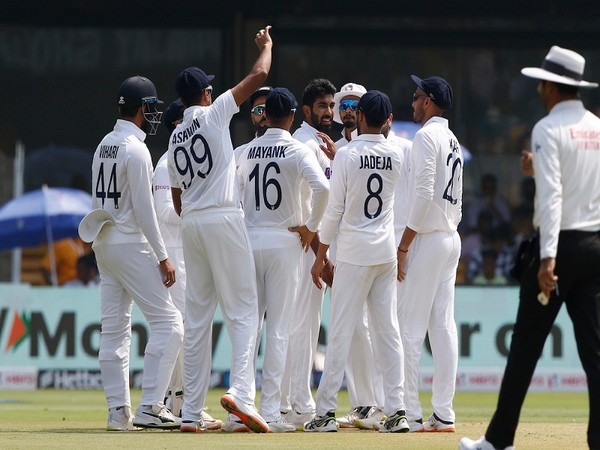 IND VS SL Live: 4 held for trespassing during India-Sri Lanka match- Amid the ongoing second Test between India and Sri Lanka, four miscreants were apprehended for trespassing on the ground to disturb the match being played here at M Chinnaswamy Stadium. Follow IND VS SL Live updates on Insidesport.IN

As per the reports the incident took place during the medical break for Praveen Jayawickrama’s knee injury on Day-2 of the match on Sunday. On the second Test, Rishabh Pant walked in to bat and the southpaw started in his trademark aggressive style hitting boundaries and sixes but the match was halted for a short medical break.

According to Bengaluru Police during the break time some miscreants trespassed. The trespassers were apprehended and were removed from the stadium.

Later the case was registered against two adults and two Juveniles at Cubbon Park PS vide under the section of Cr. No 24/22 u/s 447, 269, 271 Indian Penal Code and sec 5(1) Epidemic Diseases Act.

Soon after scoring his half-century Pant was dismissed caught and bowled by Jayawickrama to leave India at 189/5. Ravindra Jadeja came into bat with Shreyas Iyer and the duo took India’s total to 199 for 5 going into Dinner to extend the lead to 342 runs.