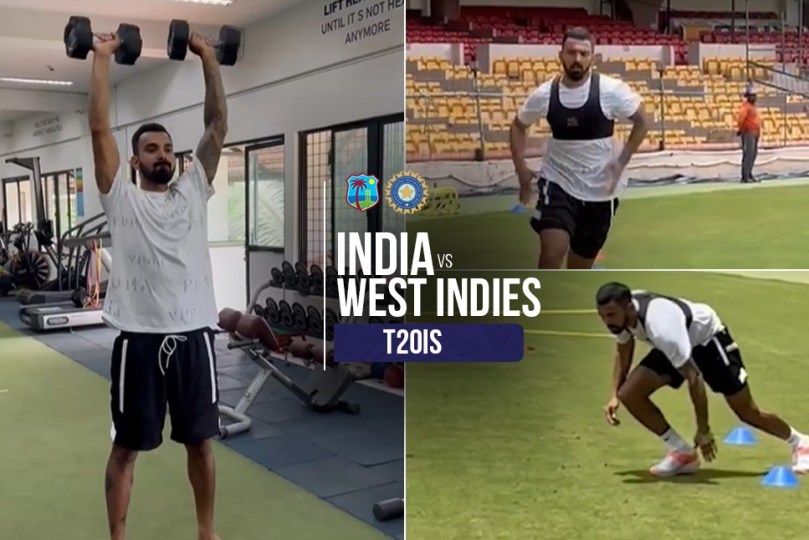 IND vs WI LIVE: India’s vice-captain KL Rahul is grinding out at the NCA as he eyes a return to full fitness…

IND vs WI LIVE: India’s vice-captain KL Rahul is grinding out at the NCA as he eyes a return to full fitness ahead of an action-packed few months of cricket leading up to the T20 World Cup. Having missed out on the South Africa series and the England tour due to injury, Rahul was named in the T20I team for India’s tour of West Indies subject to fitness. The 30-year-old will undergo a fitness test this week along with Kuldeep Yadav before departing for the Caribbean. Follow India vs West Indies LIVE Updates on Insidesport.IN

KL Rahul fitness – KL Rahul has ramped up his return to full fitness as the Indian vice-captain undergoes an intense rehabilitation programme at the National Cricket Academy in Bangalore. Having undergone surgery in Germany, Rahul reported to the NCA to further his rehabilitation before making a return to international cricket.

In a video posted by the Indian vice-captain on Instagram, Rahul could be seen working his way to his peak fitness. The 30-year-old was seen working out in the NCA gym, before undergoing drills at the Chinnaswamy Stadium. Suffering from a groin injury, Rahul could be seen doing some forward lunges suggesting that the injury was a thing of the past.

“Both KL and Kuldeep will have a fitness test this week. Their recovery is going really well and we hope they return to action. Kuldeep is already 80% match fit. For KL, it is a work in progress since he recently had a surgery. He has begun practice and depending on the level of fitness, we will take a call,” a selection committee member told InsideSport.