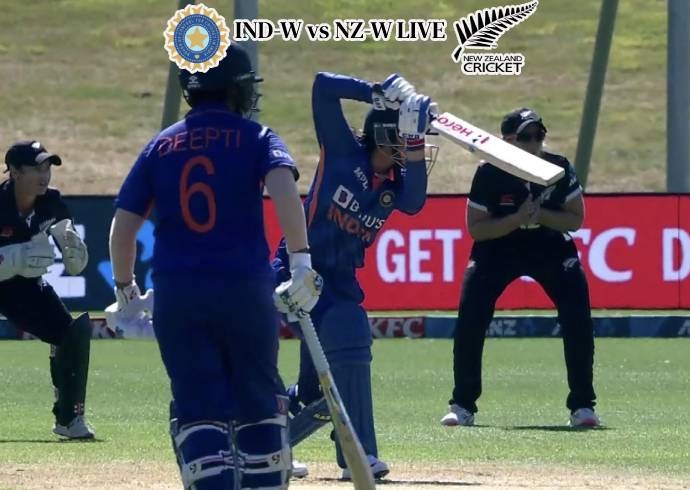 After losing all 4 ODI’s, India is now desperate to gain some momentum heading into the ICC Women World Cup.

Until now New Zealand tour has been nothing less than disaster for Mithali Raj led team. They have lost all 4 ODI’s in the series.

Indian Women on LOSING Spree – Indian Women vs NewZealand: The series defeat is India’s fourth in the last one year.

India has also to South Africa, England and Australia earlier this season.

Where is Indian Women going Wrong? While the batters did raise their game in the second and third ODIs with a much-improved performance, the bowling unit has let the team down throughout the series. Team captain Mithali Raj is also admitting the heading into the World Cup.

“Definitely have been trying a few combinations with the seam and spin attack. Bowling attack is a concern going into the World Cup,” Mithali said

“We are adapting to the conditions and to the open ground and the breeze. We have not been very consistent in our bowling spells.”

The Indian team hasn’t performed as a cohesive unit.

While the bowlers failed to defend 270 plus targets in two games, the batters were unable to chase 276 and 192 in 20 overs in the fourth ODI. The fielding has also been sub-standard.

With as many as three players in extended Managed Isolation and Quarantine (MIQ) for the first half of the tour, India continued to experiment with their line up.

Harmanpreet Kaur’s Form Huge Concern: With pressure building up on Harmanpreet Kaur, who has managed just 33 runs in the three ODIs and was also expensive with the ball, the visitors left out the vice-captain from the playing XI in the fourth ODI.

Shafali Verma is also yet to fire. The youngster has only struck one fifty in the series and was out on nought in the last game.

The spin department, save Deepti Sharma, has been inconsistent while the pace attack has lacked teeth to trouble the opposition batters. Overall, the Indian bowlers have struggled to adapt to the conditions.

The positives for India include teenage wicketkeeper Richa Ghosh’s good form. The 18-year-old scored back-to-back half centuries in the second and fourth ODI and is India’s second highest run-getter in the tournament behind Mithali. With Richa and the reliable Taniya Bhatia, India have two solid wicketkeeping options heading into the World Cup.
In the absence of Smriti Mandhana, who missed the one-off T20 and three ODIs because of extended MIQ, Sabbhineni Meghana performed well at the top.

Can India save 5-0 Rout? Deepti is the series’ leading wicket-taker with eight scalps, while veteran pacer Jhulan Goswami (5), who has played only two games, also figures in the top four.
With the World Cup around the corner and just two warm-up matches against South Africa and the West Indies after the game.

on Thursday, India will badly need some momentum heading into the marquee event.
New Zealand, on the other hand, will be delighted with how the series has panned out.
Their top batters have been impressive, with Amelia Kerr and Suzie Bates hitting a hundred each while Amy Satterthwaite has scored two fifties.

The lower-order has also shown it can finish games, snatching victory from the jaws of defeat in the third ODI. The Kerr sisters — Jess (7) and Amelia (6) — have delivered with the with the ball as have pacer Hayley Jensen (5) and skipper Sophie Devine (4).