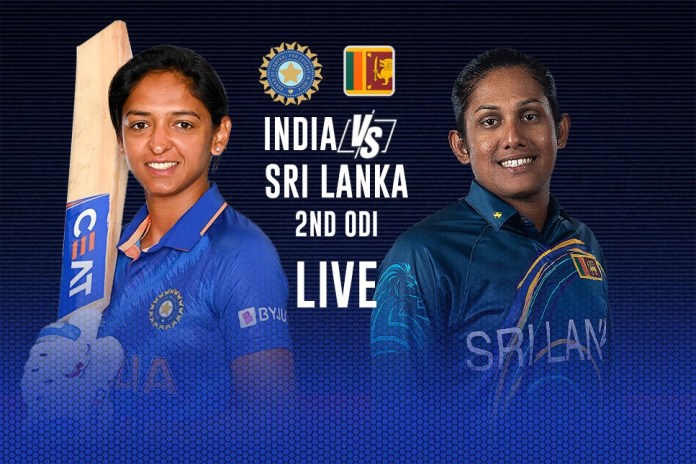 IND-W vs SL-W LIVE Score 2nd ODI – India-W vs SriLanka-W 2nd ODI LIVE – Toss at 9:30 AM on Monday: With 1st ODI already in pocket, Harmanpreet Kaur led Indian women’s cricket team will aim to seal the series on Monday. India looks for some stability from its top-order and host SriLanka will aim to FIGHTBACK. The 2nd ODI of 3 match series will start at 10AM and will be streamed LIVE for free on FanCode: Follow IND-W vs SL-W 2nd ODI LIVE Updates with InsideSport.IN

India have taken a 1-0 lead in the ODI series by winning the low-scoring first match by four wickets with 72 balls to spare.

Despite the comfortable win, the team would be a little concerned about the opening pair of vice-captain Smriti Mandhana and young Shafali Verma.

Both the batters have got a few runs but have not been able to translate them into big scores. The duo has failed to build a decent partnership in the tour so far.

Indian Batters look for BIG SCORE: Will Indian Openers Click? Both Mandhana and Verma would be gunning for a big score with just two matches remaining in the tour.

Skipper Harmanpreet Kaur, on the other hand, seems to be relishing her role. She is scoring runs and providing breakthroughs with her part-time off-spin.

The Indian bowlers, especially the slower ones, are simply enjoying the low and slow Sri Lankan tracks.

Right-arm medium pacer Renuka Singh excelled with figures of 3 for 29. However, it was Deepti Sharma’s (3/25) off-breaks that broke Sri Lanka’s backbone and restricted the hosts to 171 all out in the first ODI.

IND-W vs SL-W 2nd ODI – News from SriLanka Camp: Sri Lanka, on the other hand, would hope skipper Chamari Athapaththu can inspire the side with the bat. She is shot of runs in the entire series.

The likes of opener Hasini Perera, Harshitha Samarawickrama and Nilakshi de Silva have batted well but need to stitch partnerships.

On the bowling front, left-arm spinner Inoka Ranaweera has shone bright but will need more support from her colleagues.

How to watch live streaming of IND W vs SL W 2ND ODI in India?

Cricket fans in India who want to catch India Women’s team in action can watch the IND W vs SL W 2ND ODI live streaming by tuning in to the FanCode app.

At the same time, Sri Lanka cricket will also stream the match live on their official YouTube channel.