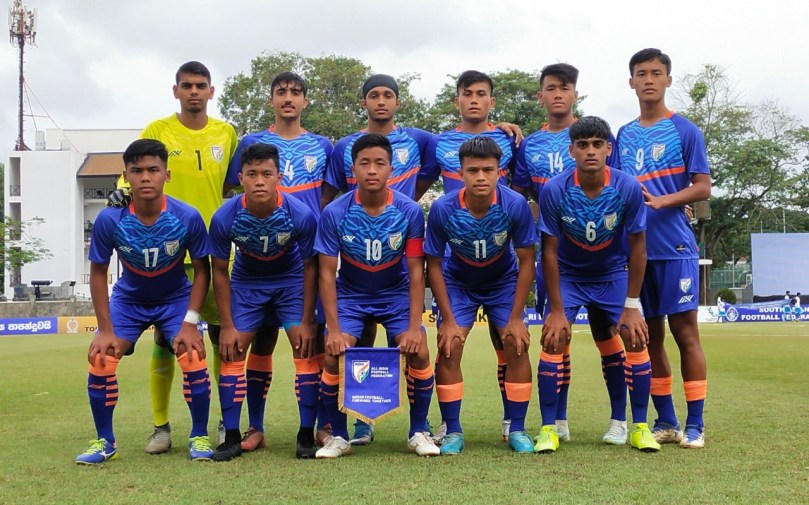 SAFF U-17 Championship: Nepal beat India- The India U-17 national team were handed a 1-3 defeat by Nepal in their second match…

India U17 go down to Nepal

Second half goals by Unesh Budathoki (49th) and Subash Bam (68th) sealed the issue for Nepal in the second-half.
In what looked like a slow start to the game, Boby Singh and Niraj Karki got a chance each in the early exchanges for India and Nepal respectively, but both failed to convert.

Minutes later, Danny Meitei made the best of an opportunity, as he latched on to a stray ball inside the Nepal penalty box and slotted it home to give India the lead.

India grew in confidence after taking the lead, making more forays into the opposition area. However, seconds before the half-time whistle, Saroj Darlami scored an absolute scorcher from long range to put things back on level terms.

Changing over, Nepal came out with a lot of impetus in the second-half. A fortunate rebound fell at the feet of Budathoki, who duly slotted it into the net to hand Nepal the lead in the 49th minute.

Winger Subash Bam struck the final nail when he was played through behind the Indian defence via an aerial through ball, which he duly brought down, and chipped past an onrushing Sahil under the Indian bar