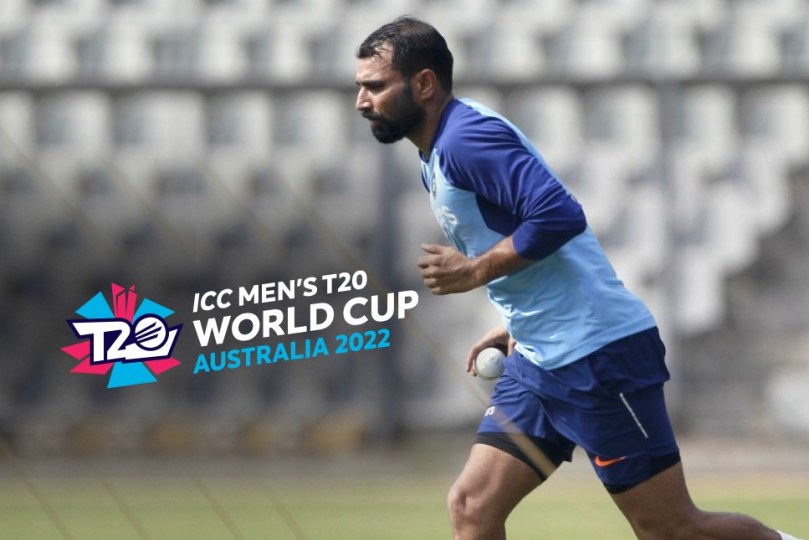 India T20 WC Squad – Mohammad Shami Fitness Test: After testing negative for Covid-19, Mohammad Shami is all set to visit the NCA for a fitness test this week. While he was scheduled to leave with Team India on October 6, a decision on that will be taken only when he reports to NCA. Currently, he is on rest in Aligarh after recovering from Covid. Follow T20 World Cup 2022 LIVE Updates on InsideSport.IN.

“Yes, Shami is recovering well. He has resumed light practice. But he needs time to be completely fit. He will report to the NCA this week. Only when he gets the medical team’s clearance, he will be able to join the squad,” a senior BCCI official told InsideSport.

With Jasprit Bumrah all but ruled out of T20 World Cup, it has created a huge crisis in Team India. The issue has been compounded with the current set of bowlers’ poor run in death overs. India lack experience and that is where Shami comes in. He is the frontrunner if Bumrah is completely ruled out. But he is recovering from Covid-19 and hasn’t played any T20s since IPL 2022.

While Team India are set to leave for Australia on October 6, Shami could be asked to stay back and join the World Cup squad later when the reserves leave after SA ODI series. India will play two warm-up games on October 17 and 19 against Australia and New Zealand. India will also play Western Australia in a practice match on October 12. Before that, the team management would want Shami to get back to 100% match fitness.

“Shami not playing any matches before T20 World Cup is actually a concern. Hopefully, he is fit and gets to play the warm-ups. We have time to make changes in the squad. So, it would not be a problem. Once we receive a report on Hooda, we will have more clarity. For now, the squad will remain the same including the reserves,” a senior BCCI official told InsideSport.

Meanwhile, the selectors have included all reserve players to play in the ODI series against South Africa. As game time has been limited for them, they would use the three ODIs to be at 100% ready for T20 WC.