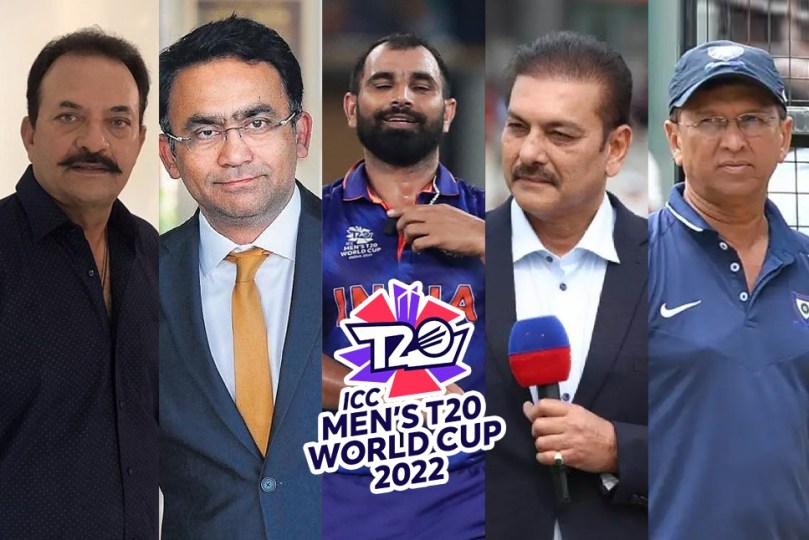 India T20 WC Squad – Mohammed Shami WC Squad? Rohit Sharma and co missed the services of an experienced bowler like Mohammad Shami in the Asia Cup. With Jasprit Bumrah and Harshal Patel’s availability for the T20 World Cup unknown, the pressure is on the selectors to include Shami in the T20 World Cup squad. The voices for Shami’s inclusion are growing by the day. Ravi Shastri, Kiran More and various others are of the view that Shami should be immediately called back in the Indian team: Follow IND vs AUS LIVE & BCCI Selection Meeting LIVE Updates with InsideSport.IN

When is the selection meeting?

Mohammed Shami WC Squad? It is important to note that the management and the selectors do not have much time. The Indian squad for the T20 World Cup will be announced on September 16. They are awaiting on the fitness of the Jasprit Bumrah and Harshal Patel before making the final call on the squad.

Many former players and selectors have made comments about Shami’s inclusion in the last month or so. It is quite baffling that an experienced campaigner like Shami has not featured in India’s T20 team this year. Here is a look at some of the comments made on various platforms.

The former India coach is someone, who does not mince words. During his tenure, Shami was an integral part of the bowling unit, but the player’s exclusion from the T20 World Cup has surprised Shastri.

“You needed that extra one… Someone like Mohammed Shami sitting at home and cooling his heels baffles me. After the IPL he had, for him not to be able to make the cut is… Obviously, I’m seeing something different,” he said.

The former selector believes that Shami, if given a chance, ahead of the World Cup can prove his skills. At the current scenario, India have a minimum of six T20 matches, but the team will be selected before the series, which makes it rather interesting. His exclusion has been a surprise with the pacer having delivered in the IPL 2022, where he scalped 20 wickets.

“Shami did well in the IPL and was in great form. He can surely find a place in the playing XI for the World Cup if the selectors give him enough chances before the tournament.”

1983 World Cup winner Madan Lal has even gone onto the extent of saying Shami is the second best bowler after Bumrah.  “Shami should definitely be in the team for the T20 World Cup. He’s our best bowler after Bumrah. I would look for a bowler who could get me wickets. I don’t want bowlers who would only look to contain runs. Batters will keep scoring runs in this format. The only way to stem the flow of runs is to take wickets,” he said.

More is quite firm when he talks about Shami and the need to take him to Australia. “Shami must go for the World Cup, I still say that. Rahul Dravid has this process, he likes to have back-ups. I don’t know what is the extent of Bumrah’s injury, but come the World Cup, and Bumrah (if fit) and Shami will definitely go to World Cup,” More said during the initial days of Bumrah’s injury.