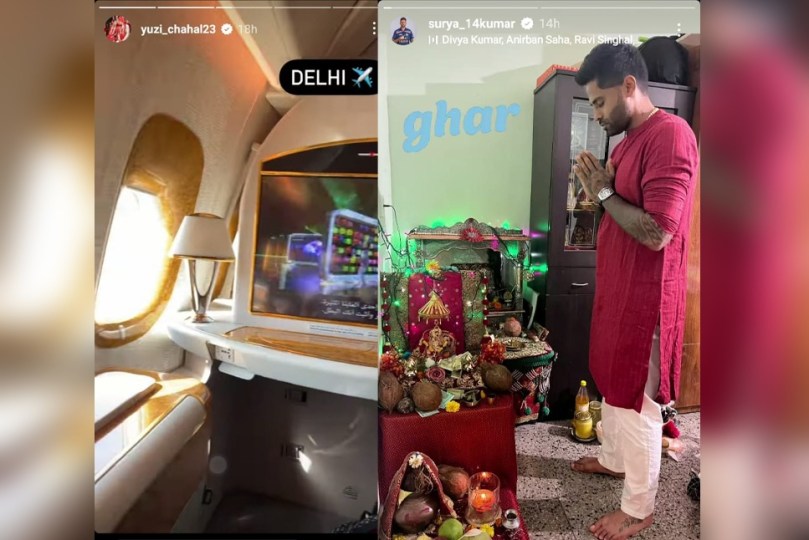 Indian Cricket team – India T20 WC Squad: India cricketers have returned from Asia Cup in Dubai. The tournament did not go well as expected for the Indian Cricket team. But after 2-3 days rest, Indian squad will again be on road to take on Australia & South Africa LIVE in T20 Series at HOME. India will than proceed to Australia to play the T20 World CUP. But before that, It’s time to chill out at home for the Indian cricketers. As soon as Surya Kumar Yadav returned home, he straight away performed GANESH Puja at HOME – Check OUT: Follow Indian Cricket LIVE Updates with InsideSport.IN

Team India will travel a whopping 8800 kilometers in just 14 days, spending 11 hours on flight. In this marathon, Virat Kohli and others will play 6 T20Is against Australia and South Africa. All these to prepare for T20 World Cup 2022.

The selectors are expected to name a combined squad for T20 World Cup, Australia and South Africa series.

That 15-man squad besides three travelling reserves are set to play together in those 6 games besides two warm-up matches in Australia to prepare for T20 WC. But what is troubling for Team India is the sheer volume of kilometers they have to travel to do that. 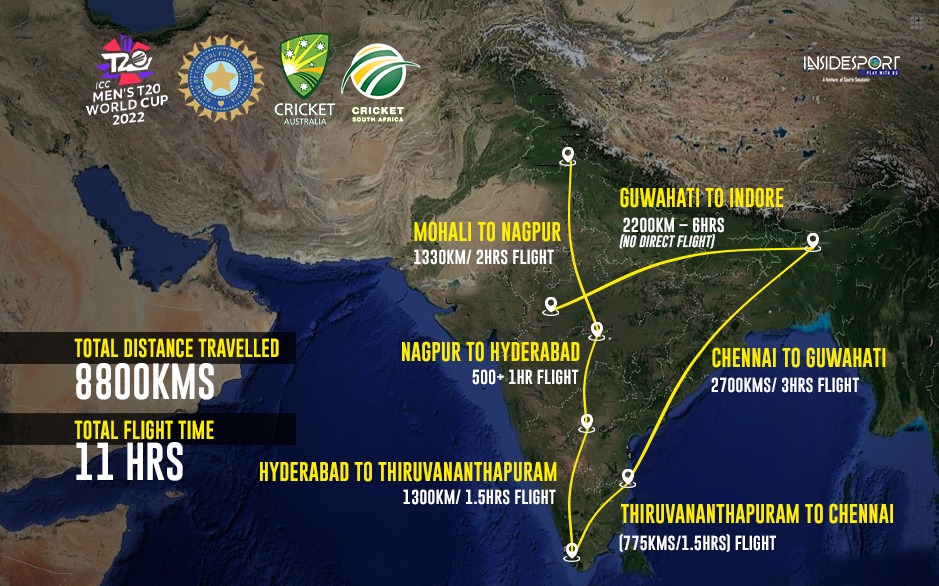 Just a reminder, India will also play a couple of practice matches in Australia before the T20 World Cup. India’s first practice match will be against Australia on October 17, followed by a match against New Zealand on October 19. Hence, there will be a high chance of players’ injury. Can India risk injuries before the mega event, especially when winning the trophy is an utmost priority? Perhaps, not. One of the selectors is not happy either. But he leaves it to the team management to “deal with it”.

“Yes, it’s tricky. On one hand, you are getting quality match practice from two of the favourite teams to win the tournament. On the other hand, you will risk injuries and fatigue because of the travel time involved. It would have been ideal to avoid Guwahati altogether and have matches at venues with direct flight connectivity. But Rahul (Dravid) and Rohit will have to deal with it and rotate to keep everyone fresh,” a selection committee member told InsideSport.

But before the marathon, the selectors have injury problems to deal with. Jasprit Bumrah is still doubtful while Ravindra Jadeja is all but certain to be out of the World Cup. Harshal Patel is close to recovery but yet to pass the final fitness test.

It should also be noted that after the failure at Asia Cup 2022, both Rahul Dravid and Rohit Sharma will have to address the shortcomings. Dinesh Karthik and Ravichandran Ashwin are two dilemmas besides Rishabh Pant. The young wicketkeeper-batsman has been India’s Man Friday in Test cricket on numerous occasions. But he has become a liability in T20Is with the form he is in. Ishan Kishan is a possibility but Dravid’s “keep backing players” mantra may keep Pant in the squad.

Meanwhile, the BCCI is set to pick Indian Squad for T20 World Cup on September 16. As reported earlier by InsideSport, the selectors and the team management are still unsure about the fitness of premier pacer Jasprit Bumrah. Both Bumrah & Harshal Patel have been called to NCA for FITNESS Test.

“There are a few days for squad submission. We need fitness updates on Jasprit and Harshal. So, once everything is there, we will announce the squad. Jasprit is expected to be at the NCA this week for injury assessment. We will know more then,” a selection committee member told InsideSport.