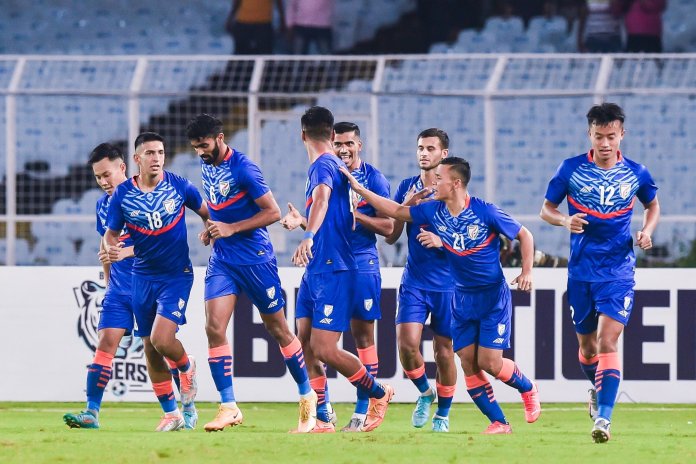 [🥇] Three sittings had been done by astrology service company with the Indian team players – one in Bellary and twice in Kolkata last month. 🇮🇳😵‍💫 @ZiddharthSaxena @timesofindia #SFtbl

Many Indian football players have no memory of AIFF hiring an astrology firm. An insider recently claimed saying, “A motivator was appointed for the national team ahead of the Asian Cup. Later on, it came to light that the company which was engaged, was an astrological firm.”

“Plainly-speaking, an astrologer was appointed to motivate the team. Huge payment to the tune of Rs 16 lakh was made,” the source claimed.

A contract worth almost 30-lakh reveals wide access to Stimac’s team. A company was duly contracted to probably help decide team formations based on favourable planetary alignments to help India qualify for next year’s Asian Cup.

According to documents accessed by TOI, it is revealed that all of ‘it may have been a cover up for something big altogether’, serious enough for a forensic audit to be initiated within the All India Football Federation (AIFF). Signed on April 29, 2022, by AIFF general secretary Kushal Das on the agreement to “assist Head Coach of National Team, Men,” the AIFF had “appointed Nyassa Astrocorp (GST No. 07BBAPS4367L1Z7), for a fee of Rs 24 lakhs plus GST for a period of three months from April 1, 2022 to June 30, 2022.

Bhupesh Sharma, of Nyassa Astrocorp, is the co-signatory to the agreement. According to the contract, the amount was supposed to be paid in three instalments of eight lakhs (plus applicable GST), “on each of 21 April, 15 May and 15 June 2022.

The payment for June has been halted after this came to light, while a sum of Rs 16 lakh had already been paid to the firm and in this bewildering arrangement, there was a provision to extend this partnership to a further two years. “The AIFF shall have first right of negotiation to renew this agreement for a further of two years,” the April 29 contract had added.

If insiders are to be believed, national coach Igor Stimac was told of this arrangement as being for the benefit of the National team. Stimac is currently on vacation in Poland. “We are looking to initiate a forensic audit into the matter and other such related issues,” Sunando Dhar, AIFF acting general secretary told TOI.

Apart from developing “brand image and international appeal of AIFF National Football Team, Men” on eve of such an important qualifying campaign and “providing encouragement and motivation advice to prepare players,” listed among the duties for Nyassa was “recruiting new players for the team … and analyzing the strength and weakness of each and every player.”