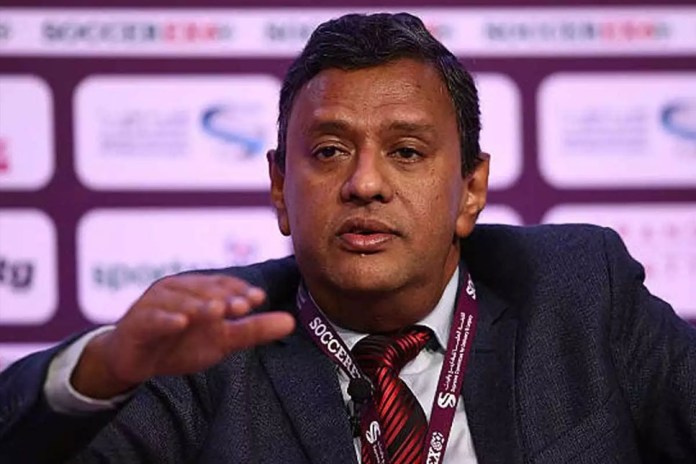 The Indian men’s football league system consists of three divisions (Indian Super League, I-league and I-League 2nd Division), besides the Indian Women’s League (IWL). Currently ranked 106th in the FIFA chart, the men’s national team is aiming to qualify for its second successive AFC Asian Cup finals and are clubbed with Afghanistan (150), Cambodia (171) Hong Kong (147) in Group D for the qualifiers in June.

“… It’s such a popular sport, easy to play, still India is far from where it should be and that’s a very valid question. I think the main issue with football in India is the league structure,” Das said at the launch of ‘International Sports Expo’ here. India kicked off the I-league in 2007 while countries like Japan and South Korea had started much before, and Das conceded that India was late on that front too.

“Now way back in the 1970s, India used to beat Japan, in the 60s India beat South Korea to win the Asian Cup, but after that we lost. The reason is very simple; Japan started the league, their national league in the 1980s, and South Korea at the same time. India actually started a national league in 2007, which is the I-league, so we are 20 years behind.

“There is no other option but to play continuously under a good coach for six to eight months in a year and play a certain minimum number of matches in a proper league structure, that is home and away, when you are playing for six-eight months, that is the structure which is missing,” the AIFF official elaborated.

Hopefully going forward next year, we would have a structure where football will be played for six-eight months and at all levels. “Not just the senior level, it has to be at the U13, U15, U18 boys and girls, and that is what we need to establish, hopefully it will happen,” Das signed off. Follow football updates on insidesports.in