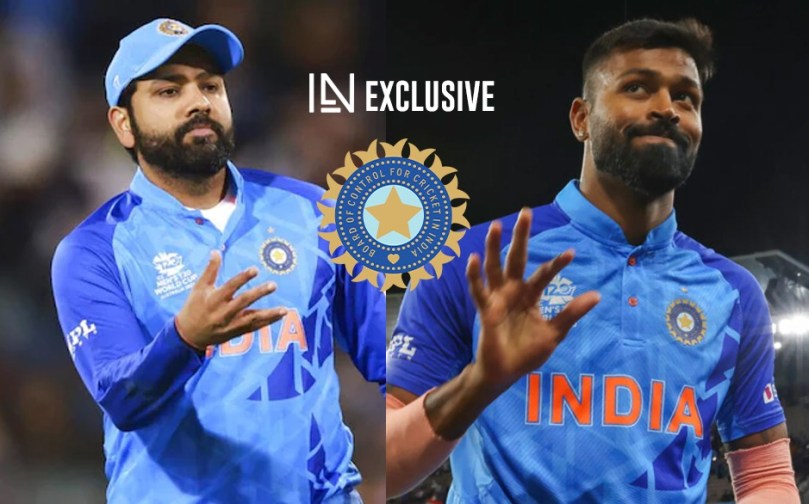 India’s NEW T20 Captain – Hardik Pandya T20 Captain: It’s FINAL – Hardik Panday will be India’s NEW T20 Captain. BCCI BIG-WIGS have informed Rohit Sharma about board’s stance to elevate Hardik as new captain of Indian T20 TEAM. According to sources in BCCI, a senior member of the board has officially spoken to Rohit about the development. The soruce told InsideSport that Rohit is comfortable with idea of Hardik’s elevation as T20 Captain. The source further told the website that Rohit will be focussing on India’s ODI & Test Captaincy: Follow IND vs NZ LIVE & India Cricket LIVE Updates with InsideSport.IN

“One of the BCCI’s top official has spoken to Rohit and he is comfortable with the idea of stepping down as T20 Captain. He will be focussing on ODI & Test Captaincy from hereon. The official announcement will be done after the appointmment of new selection committee”, informed the source in BCCI.

Change in Captain to be announced soon –

“See the consensus is there that now is the time to change. All of us feel Rohit Sharam first of all still has lot to offer but at the same time he has too much on his plate. And mind it, he is not getting any younger.

“For the T20 World CUP 2024, we need to prepare now. Hardik is right fit for the role. The announcement will be made once the new selection committee meets”, confirmed another top source in the BCCI.

IND vs NZ: Ravi Shastri criticises Rahul Dravid’s consistent absence from national duty, questions ‘What do you need that many breaks for?’

Hitman, as he is fondly called is out of his hibernation and was spotted training hard at the Reliance Mumbai Indians practice ground in Mumbai. At the eye of the storm, Rohit Sharma began his SOLO practice in Mumbai and kicked off his preparations for the Bangladesh series.

Bangladesh: Squads not announced yet.

The India tour of Bangladesh will be broadcast live on the Sony Sports Network in India. Live streaming of the matches will be available on the SonyLIV app and website.