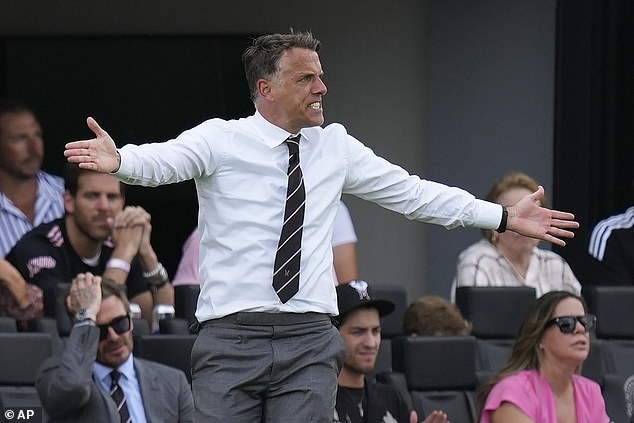 Phil Neville faces a must-win clash against defending MLS champions New England Revolution on Saturday if Inter Miami are to shake off the embarrassing tag of being the worst team in America.

David Beckham’s franchise have endured a disastrous start to the 2022 season under Neville’s management, picking up just one point from five matches.

Miami’s paltry tally is fewer than any other in the 28-team league, which is split into an Eastern and Western Conference, while they have only scored once from open play, with captain Gonzalo Higuain netting two penalties.

Following last weekend’s dismal 3-1 defeat at home to Houston Dynamo – who won away for the first time in 26 matches – Neville’s team have scored fewer and conceded more than any other side.

Phil Neville has overseen a dreadful start to the season for Inter Miami, who have just one point

Miami, in just the third season of their existence, finished 11th out of 14 in last year’s Eastern Conference standings, placing them 22nd out of 28 overall.

That was deemed not good enough by Beckham and the Miami board, who are desperate for success, and they implemented a ruthless overhaul of Neville’s squad in the summer.

But the gamble has backfired spectacularly so far.

Beckham sounded full of optimism in February before start of the season. ‘Things take time, we have to be patient,’ he said. ‘But will we have it [patience] too much longer? Of course not, because we’re winners and have high expectations.

‘We’re looking forward to this season, we’ve made the changes we needed to. We believe in this team and these players.’

Beckham added of Neville and Henderson: ‘We need stability within our club… I’ve played at Manchester United where I had one manager my whole career, but then playing for Real Madrid, [where] I think I had five coaches in four years. The work that everybody doesn’t see is the great work Chris and Phil have been doing.’ 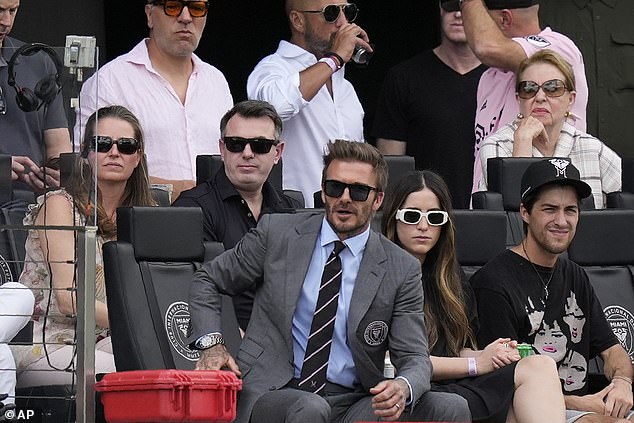 Just five matches into the season, it is hard to still argue that Neville and Henderson are doing ‘great work’, but Beckham’s close friend and former team-mate for United and England insists his players are not far away from clicking.

Speaking after the Houston defeat, in which Miami had 55 per cent possession and 22 shots to their opponents’ 11, Neville said: ‘We’re definitely not ruthless enough and it’s putting a lot of pressure in terms of they’re only creating two or three chances and we’re getting punished.

‘We’re going through that period where we’re getting punished for every little mistake we’re doing. But we’ve got to be more ruthless in attack.

‘We’ve invested a lot in our attack, we’ve got quality players in attack and for me, the composure in the final third, the chances that we’ve created, the shots that we had on goal [should be enough].’

One player Neville could be forgiven pointing the finger at is former Real Madrid, Juventus and Chelsea striker Gonzalo Higuain, who survived the pre-season cull despite a modest goal tally of 12 last year.

Higuain, 34, has looked well past his best so far this year, missing chance after chance. That Miami have scored only one goal that wasn’t a penalty sums up their struggles in front of goal. 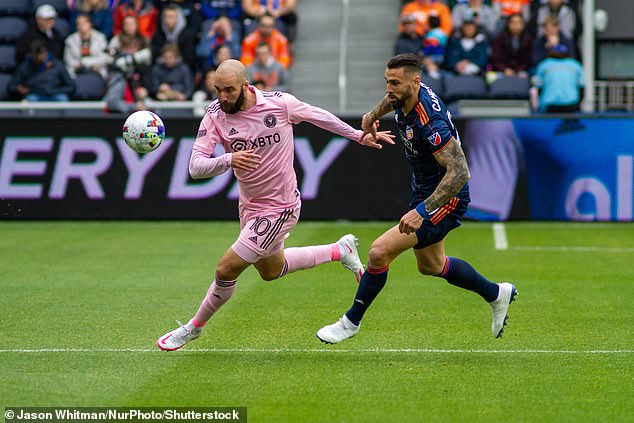 ‘The longer it goes, the more anxiety probably that will come,’ Neville added of his team’s poor run. ‘They just need to relax and see we’ve brought you to this football club because you’ve got talent.

‘It’s a collective thing now. We’re all suffering, we’re all disappointed, we’re all working really hard. The only way to come out of this is by sticking together and believing in what we’re doing.’

Mercifully, New England have also got off to a poor start this season, picking up just four points from their five matches so far, but their triumph last year shows they may be in a false position.

If Neville cannot get a result on Saturday, he may be on borrowed time, with a tough trip to Seattle following that, before high-flying Atlanta visit.

‘I’ve learned in the last few years to have a little bit of patience, which I don’t have much of,’ Beckham said back in February.

Neville will be pleading with his old pal to continue showing some.