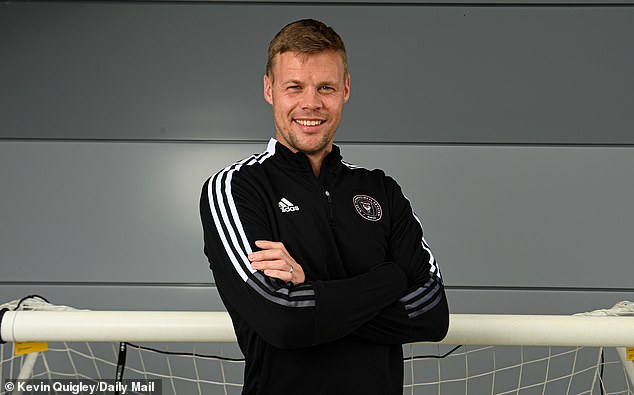 Heavy traffic builds in the skies behind Ryan Shawcross. It is a busy day at the airport in Fort Lauderdale, which flanks the sprawling base of Inter Miami where the next leg of Shawcross’ football journey has just taken off.

At 34, the former Stoke defender had designs on playing for a few more years. Injections and painkillers had always soothed the back injuries that dogged his career.

But then, just as it seemed those problems were consigned to his slipstream, a new issue struck.

Ryan Shawcross sat down with Sportsmail to talks all things coaching, his playing days at Stoke and the brutal dressing room pranks towards the end of Tony Pulis’ Potters tenure

‘(That) finished me off,’ Shawcross says.

Management was always going to be his next stop; he began his coaching badges long before heading Stateside last February to join manager Phil Neville – and his boss, owner David Beckham.

‘When the decision was made (to retire) it was seamless for me because I’ve been building up to this,’ Shawcross says. ‘I wake up as a coach now – it’s a lot earlier and a lot later days… but I’m enjoying it.’

After a 16-year playing career took him from Manchester to Miami – via Antwerp, Stoke, and Sweden for a solitary England cap – Shawcross is now an assistant coach for Inter Miami II.

Not a bad run given this self-appraisal: ‘A very average player with a really good attitude.’ That feels harsh. ‘I got the best out of what was a limited amount of talent,’ Shawcross insists. 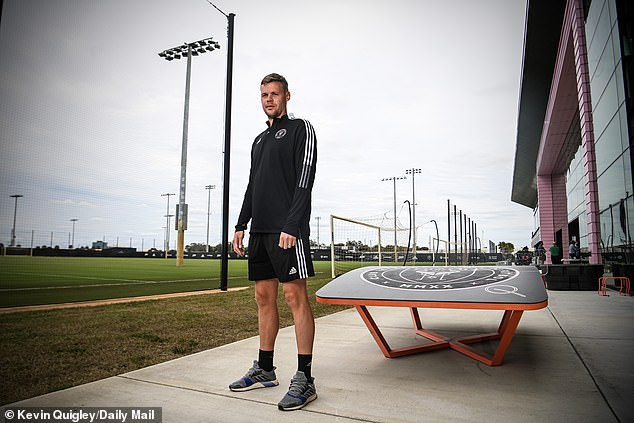 After a 16-year playing career, Shawcross is now an assistant coach for Inter Miami II 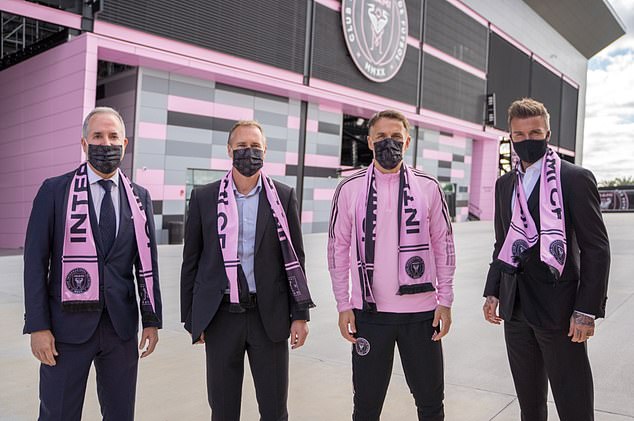 ‘Not one thing. If you’d offered me the career I had when I was 16, 17 I would have snapped your hand off.’

Any teenager here will do well to play for their country – as Shawcross managed in 2012 before Zlatan Ibrahimovic put paid to that – and ‘quickly’, the defender jokes.

Most young players will struggle to match the haul of 317 Premier League appearances Shawcross amassed for Stoke. Even if the ties that bind these two clubs are oddly tight.

Tony Pulis’ son, Anthony, was a coach here until last year. Brek Shea, who had a brief spell alongside Shawcross in England, is still in Inter’s first team. 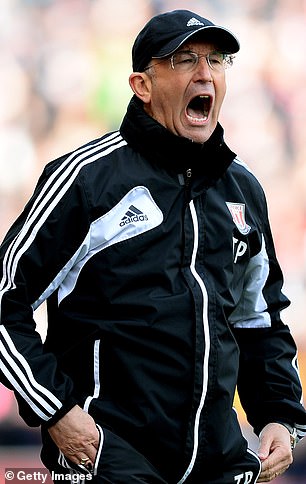 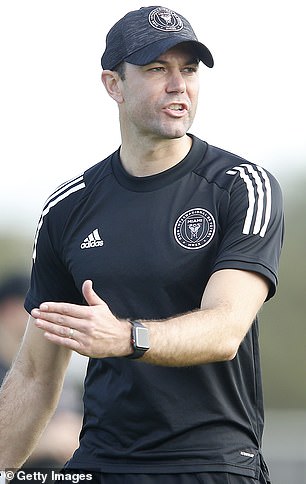 ‘They get everywhere, these Stoke people,’ Shawcross jokes. And they made the move to Inter easier.

Changing rooms can be brutal environments – just ask Pulis’ squad from back in the day. Jon Walters’ coat was put down a dirty toilet; one player found a rotten fish in his locker.

Shea was pictured holding a pig’s head which was eventually wrapped in Kenwyne Jones’ clothes. The striker blamed Glenn Whelan and put a brick through his car window. So, any more pig heads for Shea in Miami?

‘No but he was picking up a snake yesterday. So he’s very much an animal man!’ Shawcross jokes. ‘There was one down there.’ He gestures towards the training pitch. 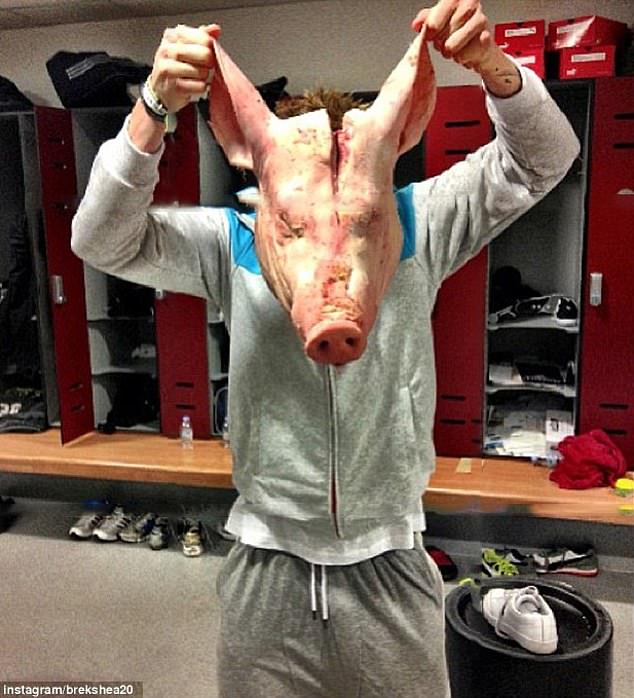 Those infamous pranks came to the boil towards the end of Pulis’ second tenure, when Stoke became renowned for long throws and their hospitality on cold Tuesday nights.

Their reputation was not always fair; Shawcross certainly deserves to be remembered for far more than a tackle that broke Aaron Ramsey’s leg in 2010. He has never spoken to the former Arsenal midfielder about the incident that stalked both their careers.

Nor has he dwelt on it, ‘It never affected me,’ Shawcross says.

‘Once I’d served my ban, it was over for me. It was one incident in a game in a long career with hundreds of incidents. Unfortunately a player got injured, that’s basically it.’

Pulis provided plenty of happier memories during that time. His man-management left a mark on aspiring coaches, too. 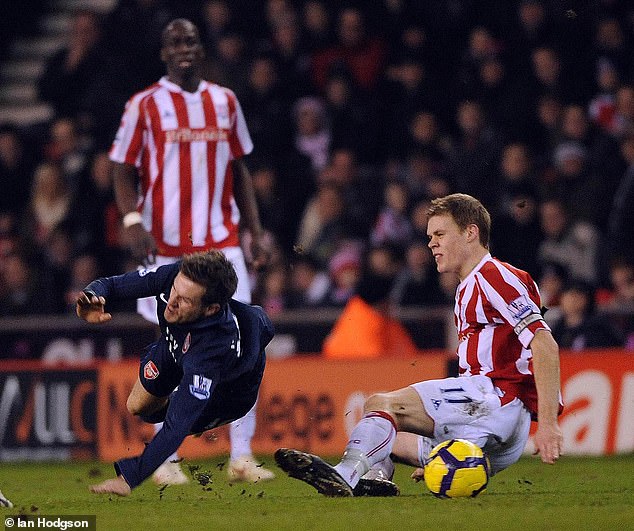 ‘He always leant on the person more than the player. He wanted good people around the club… but they were tough,’ Shawcross recalls. ‘If you ever have the joy of spending some time with him… you can’t help but be absorbed by his personality.’

The 34-year-old adds: ‘There are so many examples of players coming to Stoke – Matty Etherington, Jermaine Pennant – that had pasts.

‘It’s well known that Matty had a gambling problem. He turned his life around completely with the help of his wife, Tony Pulis and the club… that’s the sort of thing he did with everyone.’

The highlight of Shawcross’ 14 years in the Potteries, however, came under Mark Hughes, who led Stoke to three ninth-place finishes.

‘He used what Tony Pulis had – a great core – and he just added a bit of flair: (Xherdan) Shaqiri, (Steven) Nzonzi, (Marko) Arnautovic, Bojan.’

It was a ragtag bunch. Was there not a culture clash?

‘Under Tony Pulis it was very English, old-school: we drink together, we lose together, we do everything together. There was probably quite a big drinking culture,’ Shawcross says.

‘Then you bring these foreign lads in, we had five or six lads from Barcelona who were tee-total, all about football, stretched after training.’

And so, off the pitch, Stoke’s squad began to head out for meals instead. On it, too, Shawcross was among those to enact change.

‘You had those great players who’d played under Pep (Guardiola)… so then I started doing stretching, I reduced my alcohol.’

Those tweaks allowed him to play until 34 – and join the revolution at Inter Miami. Who can blame Shawcross for choosing the climate and lifestyle of Florida? It’s not like building clubs up from the ground is anything new, either.

‘When I joined (Stoke), I think Bet365 was in portacabins and our training ground was just grass. We got changed at the stadium,’ he says. 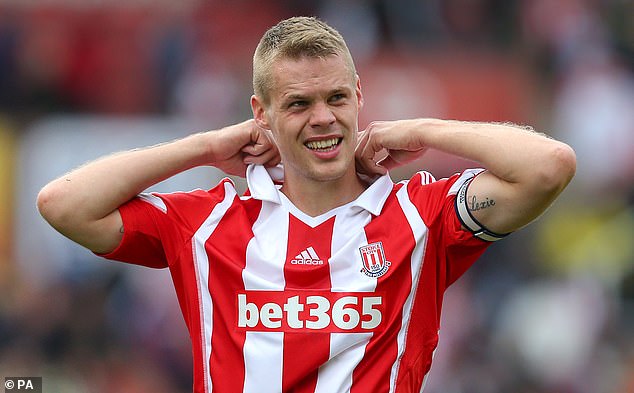 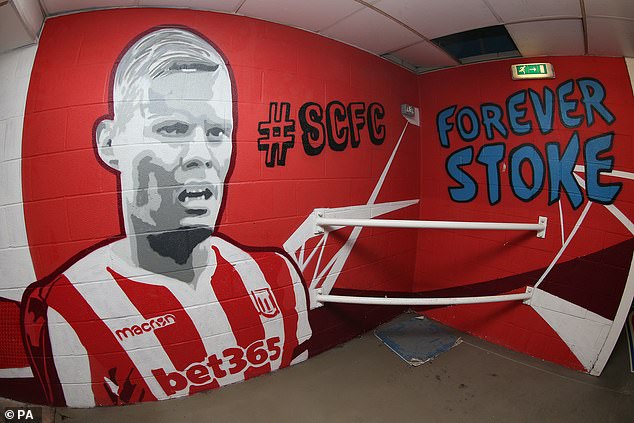 These are early days for Inter, too, but their facilities are already the envy of many European giants. Even as Neville and Beckham try to wind the clock back to 1992 and spread the ethos of Manchester United.

They want another club built on homegrown players. Shawcross, who also came through the United academy, is now tasked with moulding that young talent.

‘Attitude is the most important thing you can have – whether you’re Lionel Messi or a bang average player,’ he says. ‘I’d always take attitude over skill and talent because when you go to those dark places in games, in your career, that’s when attitude will bring you through.’

So what are the tell-tale signs?

‘Hard work, punctuality, the way you speak to people, the way you are after a win, after a defeat, how you are as a person when no one is looking,’ he says.

‘How you are when you speak to someone that is in a so-called lower job than you… it’s important all these things are shown to the Inter Miami academy players.’ 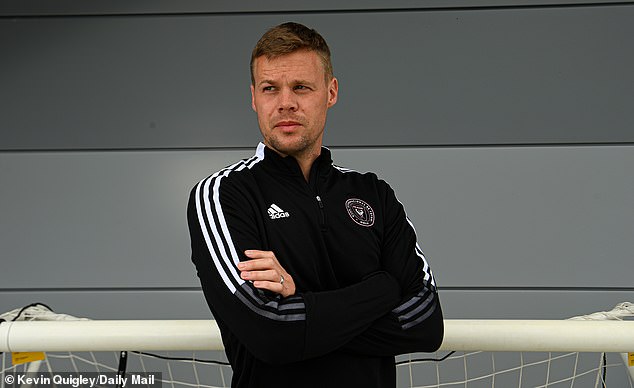 That wasn’t a problem for him as a player. Nor, you suspect, will Shawcross be found wanting as a manager. ‘It’s going to be a long journey,’ the 34-year-old says. For him, and for Inter.

‘It’ll be really interesting to see where this club is in 10 years… I’m certain it’ll become the biggest club in MLS and I’m pretty sure it’ll become a world-renowned team just because of the ownership and where it is.’

Not a bad place to take off, then.