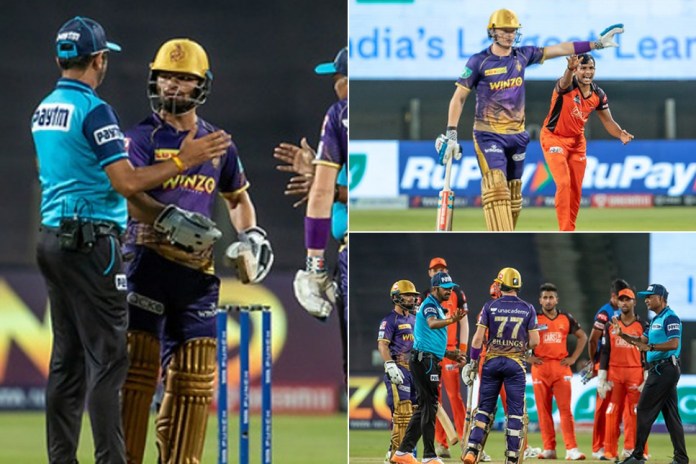 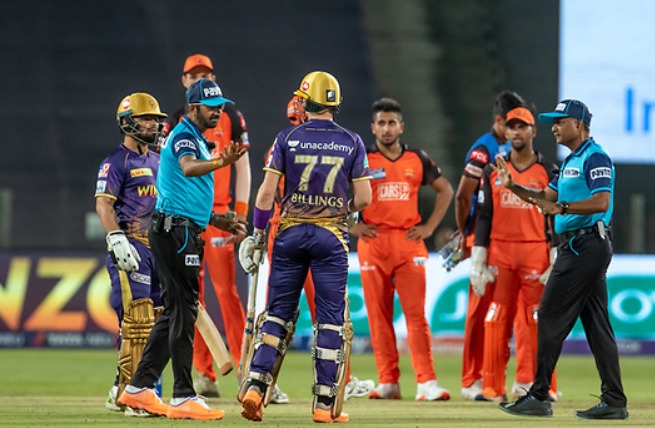 KKR were cut a frustrated figure as the two-time champions were denied a DRS review. Rinku Singh was caught on the pads by a T Natarajan delivery and umpire Anil Kumar Chaudhary took his time before signalling out. Rinku Singh sought the counsel of non-striker Sam Billings and opted for a review, but the umpire suggested that 15 seconds had been up to take a review.

KKR were fuming as Billings had almost instantly signalled for a review to the umpire, but the rules mean that the striker had to signal too, which Rinku did not do. Head coach Brendon McCullum was also livid at being denied the decision. However, replays showed that the ball smashed into the base of the middle stump, meaning that Rinku would have been out anyway. Watch the video here:

Kolkata Knight Riders eventually managed to put on a competitive 177 on the board thanks to some late cameos from Sam Billings and Andre Russell. The West Indian remained unbeaten on 49, while Billings managed 34. Meanwhile, Umran Malik managed three wickets in an inspired bowling display.