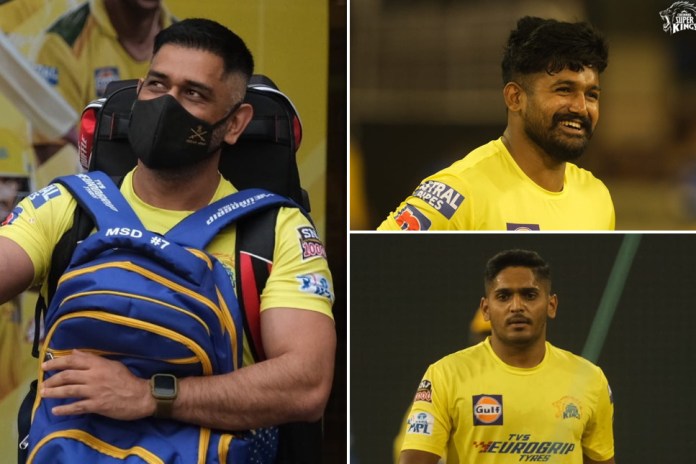 IPL 2022: Chennai Super Kings have began their preparations for the upcoming IPL season with the team alongside captain MS Dhoni assembling in Surat. Under the advice of legendary captain MS Dhoni, CSK shifted their base to Surat before travelling to Mumbai for the season. Dhoni himself has arrived at the camp, alongside some of the lesser known stars as CSK begin their rigours for the season. Follow IPL 2022 updates on Insidesport.in.

Chennai Super Kings were working on their pace battery as the likes of KM Asif, Tushar Deshpande and C Hari Nishanth sweated it out in the nets in the practice session in Surat. With the costliest buy Deepak Chahar likely to miss out on a majority of the season, the onus will be on the Indian pacers to set up in absence and grab their opportunity in style. Check the pictures from training here:

CSK will undergo a 20-day pre-IPL camp to gear up for the 15th season of the league. Surprisingly CSK’s camp will not be in their hometown but in Surat. All top CSK stars including Dhoni will train in 2 sessions at Lalbhai Contractor Stadium in Surat unlike at the Chepauk Stadium every year.

“The players and associated staff will be strictly following the bio-bubble rules and the same are applicable for the stadium administration. It is a matter of pride for the city that we got a practice camp for a team that has international cricketing stars,” Hemant Contractor, president of SDCA told TOI.

Meanwhile, MS Dhoni-led defending champions CSK will once again look to weave their magic in IPL 2022. The star-studded lineup with kick start their proceedings in the opener against KKR on March 26. They will face Mumbai Indians twice during their group stages to provide riveting action to all the fans. The Yellow Army will look to win back to back trophies and give a fitting tribute to Thala Dhoni in his possibly last season as player at the franchise.