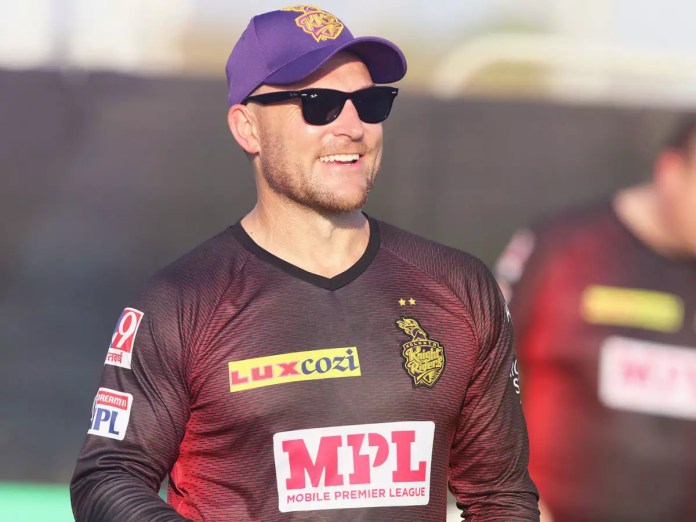 IPL 2022: Brendan McCullum- England white-ball coach England have added Kolkata Knight Riders (KKR) head coach Brendan McCullum for the white-ball coaching role. Former New Zealand skipper is best remembered for his exploits in limited-overs cricket. However, he also played 100+ Tests with also highlights his red-ball credentials. He was involved with Eoin Morgan in IPL last year as KKR made it to the finals of IPL 2021. Follow all the IPL 2022 live updates on InsideSport.IN

England Director of Cricket Rob Key recently revealed that white-ball captain Eoin Morgan was among leading figures with whom he discussed the future.

‘I’ve spoken to Eoin about red-ball cricket as well. Eoin is someone I would speak to about so many different things, and in terms of white-ball cricket he’s on top of all that,’ said Key.

‘He knows what he wants and he knows a lot of the coaches around, so he is one of the first ports of call for that,’ he added. McCullum was master of ceremonies at Morgan’s wedding and developed the professional bond of coach and captain at KKR. England’s new Test captain Ben Stokes was also vocal about McCullum’s batting style during an entertaining series at home in 2015.

Meanwhile, Simon Katich, Paul Collingwood, Nick Knight and Mark Alleyne are also in the race for the white-ball coaching job.

On the other hand, South Africa’s World Cup-winning coach with India Gary Kirsten is the favourite to become a red-ball coach.