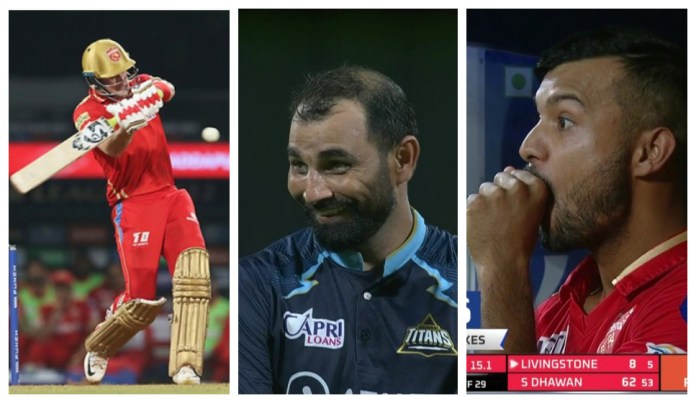 IPL 2022 Longest SIX – PBKS beat GT Highlights: Mohammed Shami was HIT for a MONSTROUS 117 Meter SIX by Liam Livingstone on Tuesday evening. Shami has admitted that he has never seen such a BIG SIX in his life. According to Shami he smiled but was in complete shock and awe of Livingstone’s HIT: Follow IPL 2022 Live Updates and Check PBKS beat GT Highlights with InsideSport.IN.

“I have never seen such a HUGE HIT. I was smiling but at the same time was in shock and awe”, said Shami after the match. 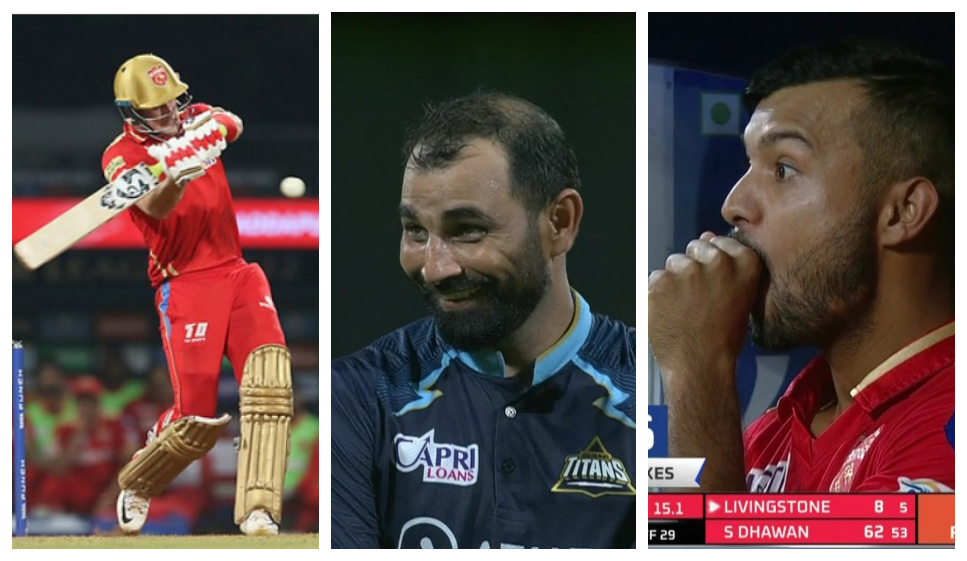 While Punjab Kings were cruising to a big win thanks to Shikhar Dhawan’s fine half-century, Livingstone wasn’t satisfied with the slow pace. He took matters into his own hand, hammering Mohammad Shami for 28 runs to bring an end to the chase with four overs left.

It was the first ball of the 16th over that went for the monstrous six.

Over 16, ball 1: It was a perfect hit. Shami bowled a length ball and Livingstone just swung the bat and the perfect timing produced a monstrous six. With Graeme Smith, Murali Karthik and Kevin Pietersen in the commentary box, they were stunned.

All three together jumped in disbelief and shouted: Oh my word! That was a monster! What a hit that was!

Over 16, ball 2: Shami tried to bowl yorker he missed the length and it turned out to be a fulltoss. Livingstone just hammered it over the mid-wicket for a 6.

Over 16, ball 3: Shami tried a short ball this time but without any result. Livingstone just swung the bat and it took a top-edge to fly over the keeper’s head for a 6.

Over 16, ball 4: Shami bowled a slower delivery this time but who can stop a charging Livingstone! Not even Shami! Livingstone whipped it over the square leg and it went for a 4.

Over 16, ball 5: A brief pause as Livingstone only managed to find the gap through the mid-wicket for 2 runs.

Over 16, ball 6: Shami bowled a faster delivery outside the off and Livingstone hammered it for a four over the short third man. While it was not the biggest six of IPL history, it was certainly the longest of IPL 2022. Dewald Brevis smashed a 114m six which remained the longest of this edition until GT vs PBKS match. As for the match, Gujarat Titans struggled after opting to bat first. Sai Sudarshan was the lone ranger with a 65-run knock as the table-toppers only managed 143/8. Chasing the target, PBKS were dealt an early blow with Jonny Bairstow departing.

But Shikhar Dhawan and Bhanuka Rajapaksa controlled the pace with an 87-run stand for the second wicket. Dhawan remained unbeaten on 62 while Liam Livingstone applied the finishing touch with a 10-ball 30-run knock.