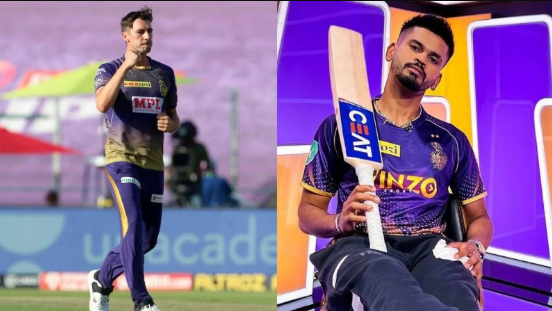 Cummins scored a half-century in just 14 balls and registered the joint-fastest fifty in IPL history. Apart from Cummins, Venkatesh Iyer also played an anchored inning of 50 runs off 41 balls, to provide KKR with a victory in just 16 overs. “Extraordinary! I couldn’t believe the way he (Cummins) was hitting the ball. Because yesterday in the nets, he was getting bowled now and then. I was batting in the nets beside him then. During the timeout, the plan was for Venky to drop anchor and tell Pat to just swing at everything because that’s what he was doing before too,” said Shreyas Iyer in a post-match presentation.

“When I went in to bat, I told him to just time the ball because he was overhitting the ball a bit. We have to take responsibility as top-order batters. All of us have the ability to hit the ball long. In the powerplay in both innings, the pitch was quite the same. After the powerplay, it got a lot easier I guess,” he added.

Opener Venkatesh Iyer was joined by skipper Shreyas Iyer, who also departed after getting caught by Tilak Varma on Daniel Sams’ delivery, with the team’s total at 35/2 in the sixth over. Sam Billings came to the crease and provide a little momentum with Venkatesh to KKR.

Billings then fell prey to Murugan Ashwin’s spell and departed after a brief stint of 17 runs off 12 balls, in the 10th over with KKR’s score at 67/3. Venkatesh, who was firmly standing on one end, was then joined by Nitish Rana.

KKR lost another wicket in the form of Nitish in the 12th over, as he got dismissed by Murugan Ashwin for just 8 runs. Andre Russell also departed after scoring 11 runs, with the team’s total at 83/4 in the 14th over.

Russell’s dismissal invited Pat Cummins to the crease, who then changed the entire face of the match. He thrashed the MI bowlers at every corner of the ground and played a knock of 56 runs off 15 balls to bring KKR home with a five-wicket victory, in just 16 overs.