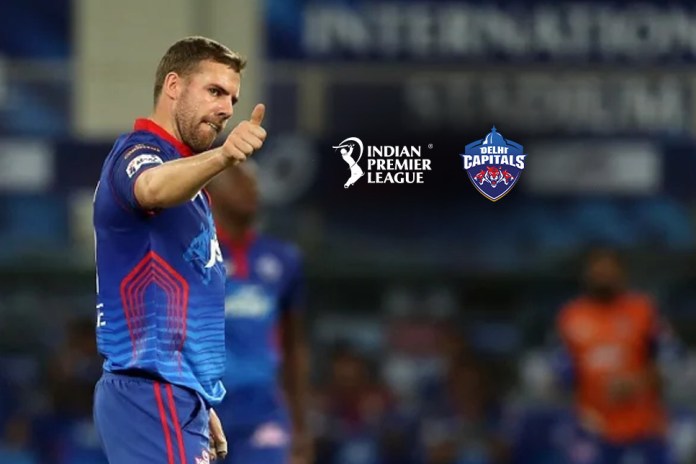 IPL 2022 SUPER FLOPS – IPL five worst-performing cricketers: Every year, the Indian Premier League brings an opportunity for players to showcase their talent in the world’s toughest T20 league. The opportunity also comes up with immense pressure to perform with the entire world keeping a close eye. While many had delivered exceptional performances, there were some players who failed to perform as per expectations. Let’s take a look at the IPL 2022 Super Flops so far. Follow IPL 2022 Live Updates on Insidesport.IN.

Anrich Nortje’s return to action after a three-month lay-off due to a hip injury went horribly wrong. Playing his first match of the season for Delhi Capitals (DC) against Lucknow Super Giants (LSG), the South Africa pacer put up a horror and wayward Show. The Proteas eventually had to be taken out of attack.

The incident happened when Nortje was bowling his third over in the innings. Having already bowled a full toss to the face of Quinton de Kock in the earlier over, which was smashed for a six, Nortje once again bowled a beamer to Deepak Hooda in the third ball of the 16th over. Eventually the pacer was dropped from the squad and Khaleel Ahmed replaced him.

Indian batter Manish Pandey has been struggling with bad form for quite a long period. The right-handed batter was purchased by the Lucknow Super Giants at a cost of INR 4.6 crore in the IPL 2022 mega auction.

In first match against GT, Pandey was looking confident and scored a boundary on the third ball he faced. However, the right-handed batter was cleaned up by pacer Mohammed Shami through an excellent in-swinging delivery. Pandey scored six runs in that match.

Just like the first match, Pandey did not manage to get going in the second and third match against SRH and DC. After three flop shows, the LSG management eventually dropped the right-hander in LSG’s last fixture against Rajasthan Royals.

While Wade although has been good behind the stumps, he has performed below par with the willow. The Aussie so far has managed scores of 30, 1, 6 and 19 thus far this season.

Ruturaj Gaikwad is struggling for runs this season. Last year he was the top scorer of the tournament, sealing the Orange Cap for himself. This year, however, he looks a pale shadow of his former self. The right-handed opener from Pune has managed to score just two runs from first three matches of Chennai Super Kings, including being out for a duck against Lucknow Super Giants. His last two scores are as follows: 16 and 17 which means he got some starts, but then he just couldn’t capitalise on them.

Against RCB, he looked set for a big one and was almost outscoring his partner Robin Uthappa. In the end, however, he perished.

Vijay Shankar was bagged by Gujarat Titans at a cost of INR 1.40 crore in IPL 2022 mega auction. However, the all-rounder failed to live up to the expectations of the team management.

Talking about his numbers in IPL, Shankar has played a total of 48 IPL matches in which he has scored 716 runs at an average of 25.57. The medium-pacer has also scalped nine wickets. The 31-year-old is a handy allrounder and will look to perform well for his side in the upcoming matches.