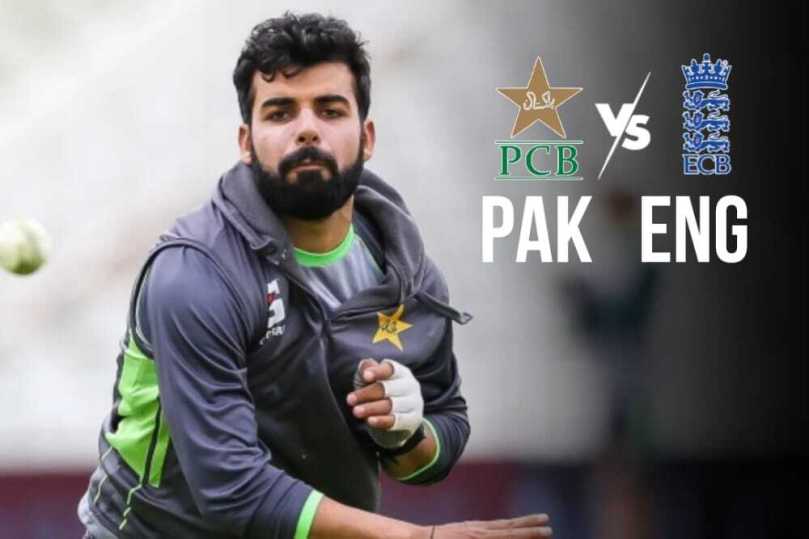 Shadab Khan and his teammates arrived on the field as the session began. He stretched after a quick round of bowling practice. Later, he could be seen standing next to Dr. Najeebullah, the team doctor as per Geo TV. Shadab was eventually seen packing away his batting equipment.

The 23-year-old then returned to the changing area. He was then examined by the team doctor.

After Shan Masood’s news conference, the media manager of the Pakistan Cricket Board (PCB) informed reporters that wicketkeeper batter Mohammad Rizwan had not joined the training camp.Shaun Tait, the team’s bowling coach, was ill, thus he was forced to skip the practice as well.”Rizwan took rest today whereas Shaun will be unavailable as he was feeling unwell,” the PCB media manager was quoted as saying by Geo TV.Meanwhile, Richard Dawson, the assistant coach for England, hurt his hip during the training session.

Pakistan vs England: The long-awaited Tour

England last played in Pakistan in 2005, and they were scheduled to return last year, but they abruptly postponed their trip after New Zealand cancelled their tour due to safety concerns.

As both countries prepare for next month’s T20 World Cup in Australia, a 19-man England group led by Jos Buttler will play seven Twenty20 matches against Pakistan in Karachi and Lahore from September 20 to October 2.

Following years where they had to play home matches in neutral venues due to a fatal attack on the Sri Lanka team bus in 2009, international cricket has gradually returned to Pakistan.