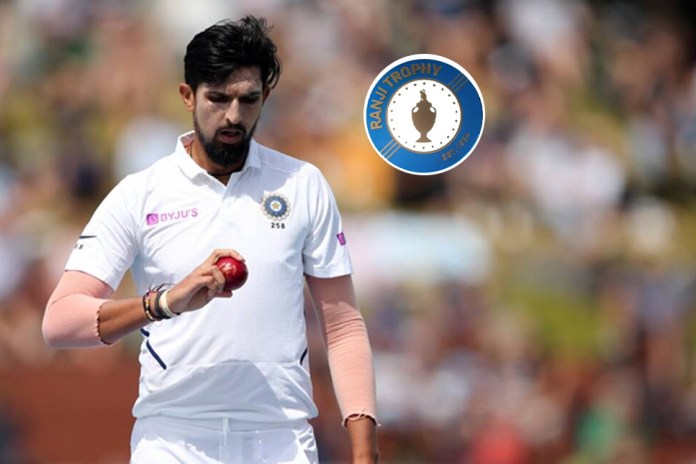 IND vs SL series: Ishant Sharma listens to selectors- India 100+ Test veteran has finally listened to the selectors. He will take part in Ranji Trophy to return to form after the Sri Lanka Tests snub. He has now joined Ajinkya Rahane & Cheteshwar Pujara in their bid to get back into the Indian Cricket Team as far as Test format is concerned. Follow India vs Sri Lanka LIVE updates on InsideSport.IN

Delhi will be bolstered by the return of India pacers Ishant Sharma and Navdeep Saini when they press for an outright win against Jharkhand in the Ranji Trophy Group H game on Thursday.

Delhi need an outright win to stay alive in the competition after conceding the first-innings lead to Tamil Nadu in their drawn opening match.

Ishant, who has not been picked for the Sri Lanka series beginning on Thursday, will be keen to make a statement.

The lanky pacer, who has played 105 Tests, had joined the Delhi team last week and missed the opening match due to quarantine requirements. He had earlier not planned to play in the league stage.

“Both Ishant and Saini are set to play tomorrow,” a team source told PTI.

We have told them to go and play Ranji Trophy,” Chetan Sharma had said during a virtual press conference in order to be considered for future tests.

Saini too joined the team late and missed the opening game.

In the batting department, all eyes will be on India U-19 captain Yash Dhull who made a dream first-class debut by scoring back to-back hundreds against Tamil Nadu, becoming only the third batter to do so in the tournament’s history.

Having not played red-ball cricket for long, Dhull showed remarkable skill and temperament after being asked to open in his very first game.

Delhi coach Raj Kumar Sharma already thinks that Dhull is ready to play for India and another solid performance will make it hard for the selectors to ignore him for long.

Jharkhand will be under pressure after losing their opening game to Chhattisgarh. The Saurabh Tiwary-led side will be aiming for a better batting show after managing 169 and 133 in the two innings against Chhattisgarh.

For more sports news and India vs Sri Lanka LIVE score updates, follow us at InsideSport.IN