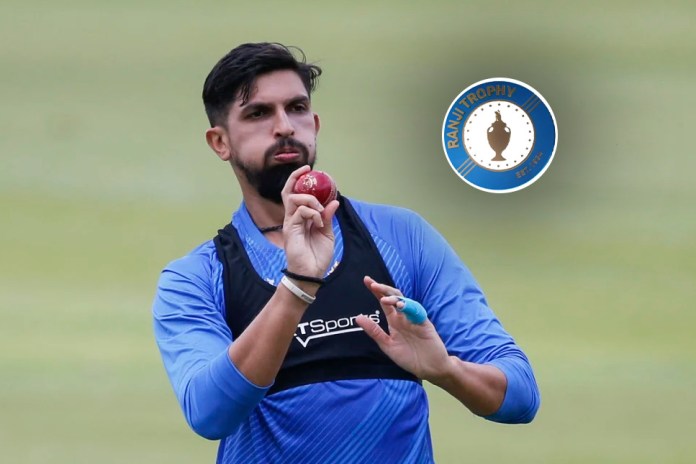 “Ishant is reaching today. He will be available from second game. It would have been better for the team if both the pacers were available from first game but their return is welcome and it will bolster the team,” a team source told PTI.

Also read: Ranji Trophy 2022 LIVE: From Ajinkya Rahane to Umesh Yadav, 10 big IPL 2022 stars in the race to get back to form ahead of IPL season

The veteran pacer is no more a certainty in the national playing eleven but he could get a game in the home series against Sri Lanka next month.

A senior official of the Delhi and Districts Cricket Association (DDCA) said that Ishant changed his mind about playing in the Ranji Trophy after going unsold in the IPL auction.

“If he won’t even play Ranji Trophy, there is no reference available for any team to even remotely think of him. Even for national selectors to reconsider him, he needs to play. Had he got an IPL deal, he might have skipped. He has a 3.30pm flight today,” the official said.

Another India pacer Navdeep Saini too is expected to reach Guwahati for the Jharkhand game. Saini was with the India ODI squad in Ahmedabad and will not need to quarantine after arrival in Guwahati.

The 33-year-old Ishant has played 105 Tests but has gone down in the pecking order following the emergence of Mohammed Siraj and now Prasidh Krishna. He did not play a single Test in South Africa.

India U-19 captain Yash Dhull is likely to open alongside Dhruv Shorey in the opening game, which is a must win for both teams if they are to reach the quarterfinals.

“He is ready to open. He is in form and it is best that he is given an opportunity when he is doing well. There is little point in selecting him and not playing him,” the source added.

“He is an exceptional talent, he has shown that in the semifinals against Australia. He is a good future prospect for India,” Sharma told PTI referring to his hundred against the Aussies in the under-19 World Cup.