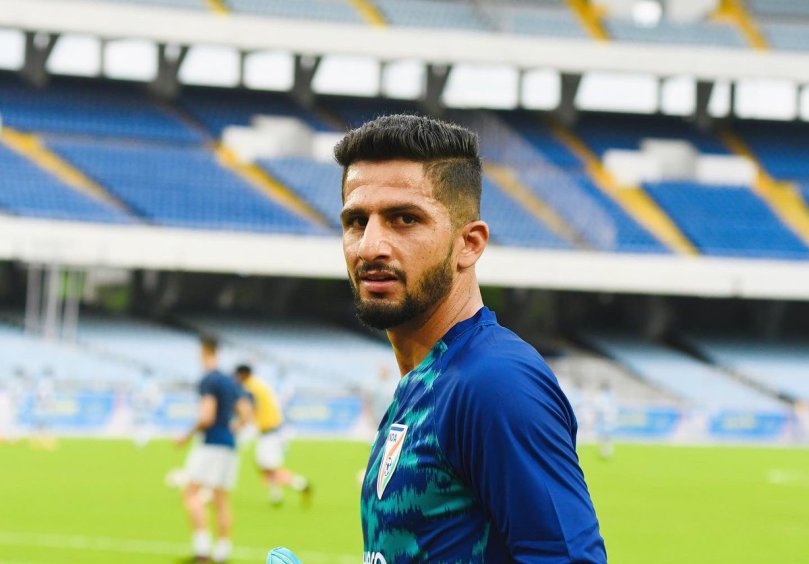 ISL 2022/23 Transfers: ATK Mohun Bagan have secured the signing of goalkeeper Vishal Kaith who has put pen to paper on a…

ISL 2022/23 Transfers: ATK Mohun Bagan have secured the signing of goalkeeper Vishal Kaith who has put pen to paper on a three-year deal.Kaith, although just 25, is an experienced goalkeeper having played 70 matches in the Indian Super League (ISL) for FC Pune City and Chennaiyin FC over the years and adds to an already strong goalkeeping department at ATK Mohun Bagan that features Amrinder Singh and young Arsh Shaikh.Follow ISL 2022/23 Transfers news with InsideSport.IN

It is sure to come in handy as they prepare for a longer football calendar next season. The Himachal Pradesh-born goalkeeper has appeared four times for the Indian men’s national team and has a save percentage of 64 per cent in the ISL.
Kaith will add to a growing list of exciting Indian talent on the Mariners’ roster that includes Liston Colaco, Manvir Singh, Kiyan Nassiri, Asish Rai and Ashique Kuruniyan.

ATK Mohun Bagan are expected to send their goalkeeping team to Spain for special training where they will train under Xavier Pindado and Juan Ferrando.

Meanwhile, Kerala Blasters FC have completed their first foreign signing of the season as they secured the services of Australian striker Apostolos Giannou.

The move remains subject to a medical test which will be completed in due course. The 32-year-old who signed a one-year deal with the club arrives from A-League side Macarthur FC.

Giannou has represented Australia at all youth-team levels. He has also amassed 12 appearances with the Australian senior national team, recording 2 goals and 4 assists. He also made 1 appearance for the Greek national team.

Commenting on the Blaster’s first foreign signing of the summer Karolis Skinkys said in a statement, “I’m very happy Apostolos finally joined Kerala Blasters, he was our target for the last two years. He is a hardworking attacker who fits our style of play. I also like him because he is a player who plays for the team. I wish him the best time in Kerala!”

“I’m really excited to be signing for Kerala Blasters. I will put my all for the team to achieve the goals it has for this year.” said a happy Giannou upon signing with his new club.