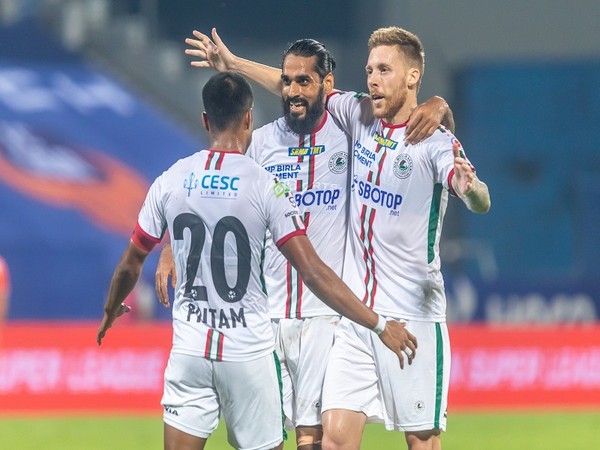 ISL 2022: ATKMB coach Ferrando unhappy despite 2-0 win against Goa- check why? –ATK Mohun Bagan went level on points with table-toppers Hyderabad FC after a convincing 2-0 victory over FC Goa at the Athletic Stadium in Bambolim on Tuesday. This result extends their unbeaten run to 11 matches in the Indian Super League (ISL).

ATKMB head coach Juan Ferrando had mixed feelings after his side’s win. He was happy with the character of his team but disappointed with the performance. A brace by Manvir Singh proved to be the difference between the two teams. Juan Ferrando in the post-match press conference, about the match, said: “No, of course, I’m not thinking about FC Goa. I’m thinking about my team. We had more opportunities I think, but to be honest in the build-up, in the timing of press, today was not good. This is the truth.”

“I understand the players are very tired. Today was a difficult game for them because after 45 hours to play it’s very difficult. They had personality and I’m very happy with the character of the team but I am upset about some details in the football,” he added.
When asked about getting on the top of the ISL table with Hyderabad, the ATKMB head coach said: “Yes, but now I’m thinking about the next game. It’s very difficult in every game for me because every opponent has good squads and the second detail is the situation.”

“After three days, it’s very difficult to play. Our focus is thinking about Kerala now and not thinking about where we are on the table because maybe after two-three days you are in the third position or you’re in the fourth position and so, I think it’s necessary to put focus on the next game,” he added.

ATK Mohun Bagan will next face Kerala Blasters on February 19.