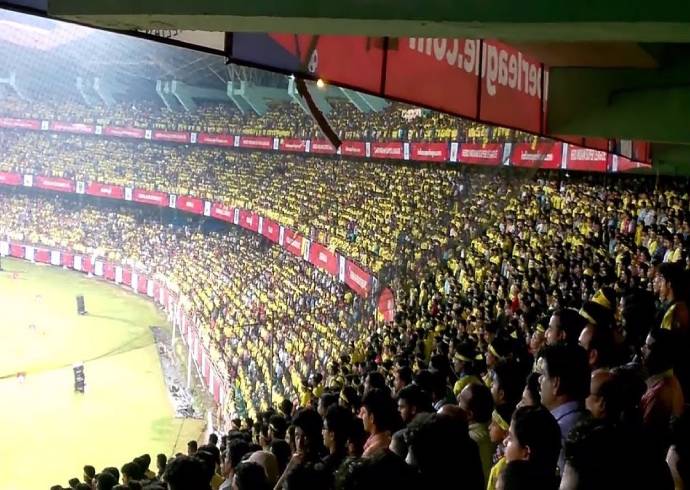 ISL 2021-22 Fans Allowed: ISL allow crowds for final – The Indian Super League (ISL) is set to feature crowds for the first time in two years when the final of the 2021-22 season is held in Goa on March 20. Follow ISL Season 8 updates on Insidesport.IN

ISL 2021-22 Fans Allowed: ISL allow crowds for final –  The final will be held at the PJN Stadium in Margao, concluding the football league that started last November.

As per a state government notification, last issued on January 23, “public gatherings shall be restricted to a maximum of 50 per cent of venue capacity” which means a crowd attendance of around 9,500 is expected.

Goa, which had legislative assembly polls earlier this month, looks to return to normalcy with a considerable dip in COVID-19 cases.

The positivity rate is as low as 1.7 per cent with the active caseload below 500.

Schools in the state have also reopened for offline classes. State-sponsored annual cultural festival, the Shigmo parade, is also scheduled on the same day as the ISL final in Margao.

Also Read:ISL Season 8: All the players in our group can be first choice, says Bengaluru FC’s Marco Pezzaiuoli after win against Odisha FC

This will be the first time crowds will be allowed back into top-flight football in India in the pandemic era.

ISL 2021-22: ISL allow crowds for final –  The last ISL game which featured spectators was the second semi-final in the 2019-20 season, with more than 50,000 people at the Salt Lake Stadium in Kolkata.

The final which followed was the first sporting event in India to be held behind closed doors, on March 8, 2020, at the same venue.

ISL was one of the first major sports league in India to return amid the pandemic and has been held in a bio-secure bubble in Goa for the past two seasons.