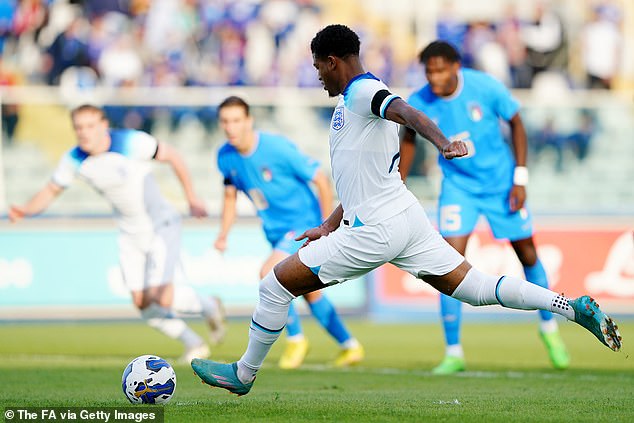 England’s Under 21s left Italy with a creditable victory that will do wonders for Rhian Brewster and present something of a blueprint when faced with top opposition at next summer’s European Championship.

England always cruise through their qualifying campaign but struggle at major tournaments and this camp – beating Italy with Germany to come next week – is offering Lee Carsley an opportunity to tinker game plans to hurt more technical teams.

Carsley’s side were less obsessed with dominating possession and picked their moments, racing into a two-goal lead – both courtesy of Brewster but with the returning Conor Gallagher’s fingerprints all over them. 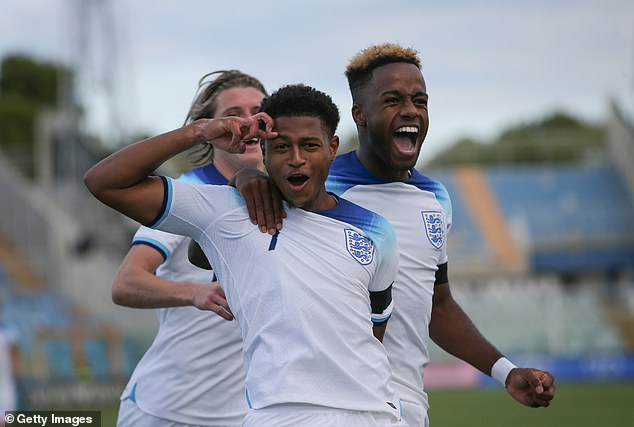 Gallagher won a penalty within 66 seconds, tripped after gathering Cole Palmer’s shot, before Brewster stroked home. The striker had not scored since January, last season curtailed with a lengthy hamstring injury, and he revelled in the moment.

Brewster was again peeling away in delight shortly after. Playing just off the front, Gallagher’s intensity turned over possession and then a cute defence-splitting pass by Angel Gomes set Brewster clear. With newfound confidence, he dinked the goalkeeper.

‘Sheffield United have a serious player on their hands,’ Carsley said. ‘He just needs an opportunity now. With Conor, you would never question his attitude or application. He speaks very maturely about what he needs to do. 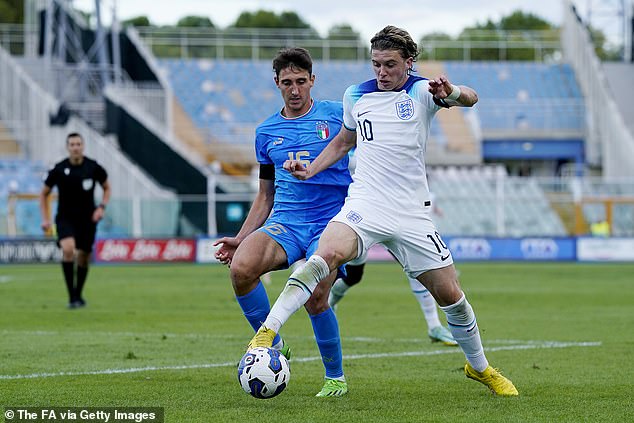 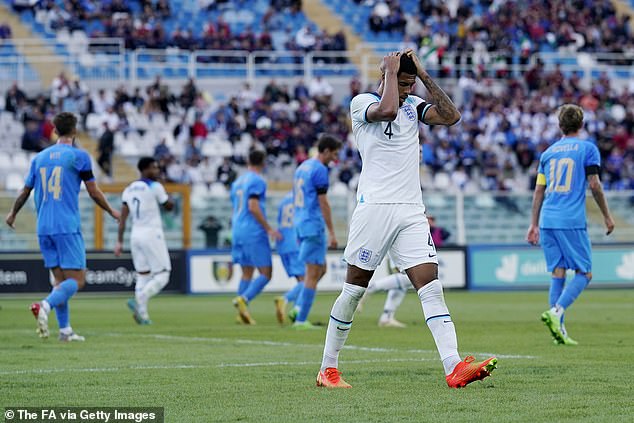 ‘It’s a real skill, being able to self-assess. I played with enough players who were delusional about their performances but we’re very lucky that he is very level-headed and understands that he has to improve.’

Levi Colwill hit the post and Gallagher might have added a third, his effort hacked off the line, while Italy fashioned decent chances during a cantankerous friendly – Nicolo Rovella saw red in the closing minutes – between two nations who should fancy themselves at the Euros.

‘I didn’t expect it to be,’ Carsley said. ‘But someone told me it should be fiery beforehand. It was good. They will be a real threat at the Euros.’

Brewster saved a certain goal on the line. England had to later dig in, blocking shots and defending resolutely without Bursik ever truly having to pull off big saves. 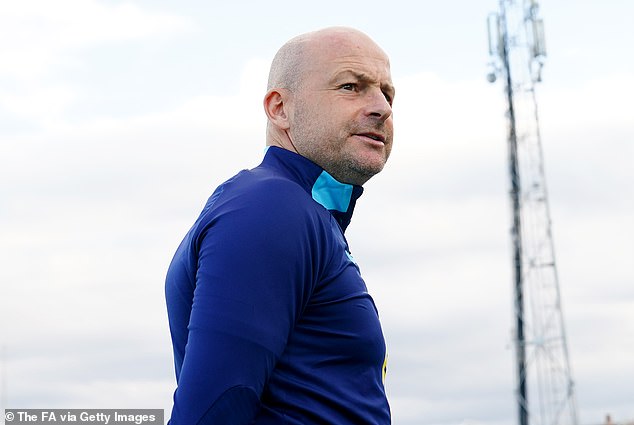