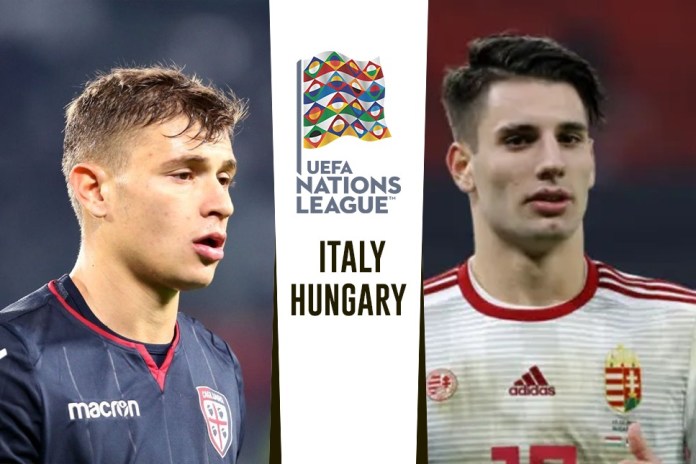 UEFA Nations League 2022/23: Italy vs Hungary LIVE – After an overhauled team made a bright start to Italy’s new UEFA Nations League campaign at the weekend, the European champions host a Hungary side fresh from victory over England. The League A Group 3 rivals, who both missed out on qualification for Qatar 2022, convene in Cesena on Tuesday evening, in the second of four fixtures played across less than a fortnight. Follow Italy vs Hungary LIVE updates with InsideSport.IN

A number of Euro 2020-winners – including Domenico Berardi, Marco Verratti and Jorginho – have been released from the squad following the humbling loss to Argentina, while long-term injury victim Federico Chiesa is joined by Lazio striker Ciro Immobile and Roma’s Nicolo Zaniolo on the sidelines due to injury.

As Giorgio Chiellini’s time with the Azzurri is now over, Inter defender Alessandro Bastoni should helm the hosts’ back four once again, while Sandro Tonali – a recent Scudetto winner with Milan – features in a new-look midfield. Sassuolo starlet Davide Frattesi hopes to retain his place alongside Tonali after making his senior debut against Germany, but Nicolo Barella may be drafted back into the side.

Leonardo Spinazzola recently made his international comeback, after an Achilles tendon tear during the Euros last summer, and will compete with Cristiano Biraghi for the left-back spot, while teenage supersub Wilfried Gnonto could earn a start in the Azzurri’s front three after setting up Lorenzo Pellegrini’s goal at Dall’Ara.

Hungary named a quartet of uncapped players in this month’s squad, including 17-year-old striker Zalan Vancsa, but are set to send out a conventional lineup at Stadio Dino Manuzzi.

The latter’s clubmate at Leipzig, goalkeeper Peter Gulacsi, captains the team once more, while Barnsley’s Callum Styles will aim to make an impression at some stage, having featured from the bench against the country of his birth at the weekend.

Italy vs Hungary LIVE: When, Where, How to watch the live streaming of UEFA Nations League matches?

When will Italy vs Hungary be played? – Date

Italy vs Hungary will be played on 8th June 2022

What time will Italy vs Hungary be played? Time
ITA vs HUN match will kick-off at 12:15 AM IST

Where will Italy vs Hungary be played? – Venue
ITA vs HUN will be played at Orogel Stadium-Dino Manuzzi

Who will be the Match Official for Italy vs Hungary? Referee

Sandro Schaerer will be the referee for the game