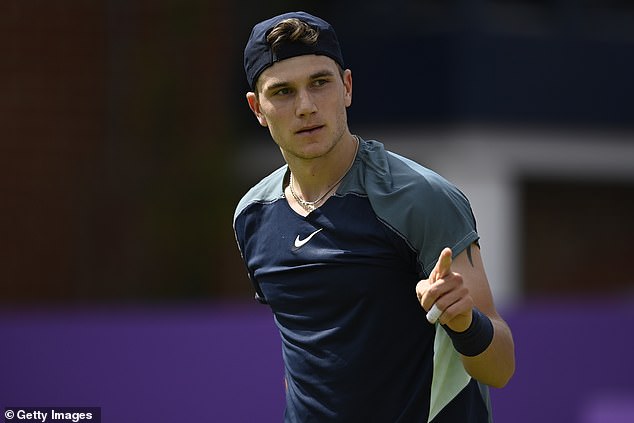 It is not yet 8am but the tennis academy in Winchmore Hill rings loud with activity.

Beside pristine hard courts, the former national coach Alan Jones shouts encouragement at promising juniors, while his son Ryan organises training drills and the former world No 5 Jo Durie hits with a handful of talents on the fringes of the professional game.

Soaking up the atmosphere of diligent enthusiasm, you understand why Jack Draper chose to relocate to this suburban corner of north London to recover his game.

As the bright young thing of British men’s tennis, it would have provided both the work ethic required to progress his talent and the privacy Draper presumably needed to address his personal problems.

‘Jack is a really nice guy,’ Durie, beside a clubhouse on the club’s lawns, tells the Mail on Sunday. ‘But we were all worried for him. He was in a dark place. He really didn’t want to go anywhere or do anything. And when someone gets into that state, you are concerned for them.

‘With a young person like Jack, you just hope they will be able to overcome these thoughts and enjoy life. Enjoy what’s out there and what’s possible, especially in tennis. It can take you some wonderful places and be really joyful. It hasn’t always got to be the grind.’ 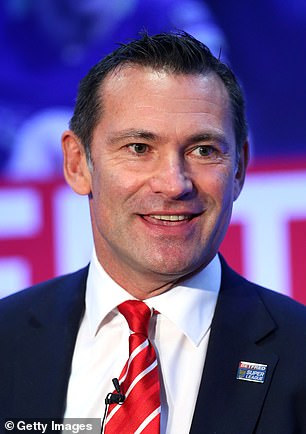 The 20-year-old’s father is Roger Draper, former chief executive of the LTA

In his early years as a promising junior, Draper was popularly known as the son of Roger, former chief executive of the Lawn Tennis Association. The perceived advantages this afforded him was, by Draper’s own admission, a source of jealousy among young rivals.

But his potential was undeniable and he began working with Ryan as his personal coach as far back as 2017, with Jones Jnr having impressed in partnership with Kyle Edmund.

At that point Draper was not even the most promising Briton in his age group, but Ryan’s tough love helped him to survive the pitfalls of late adolescence to the extent that he reached the final of Junior Wimbledon in 2018.

He turned professional the same year and embarked on the often gruelling slog of Futures tournaments on which a young player learns their craft.

By the time of lockdown, it seems, Draper had fallen out of love with the game and was unsure where his future lay. A growth spurt had affected his co-ordination and his movement around the court lacked fluidity.

‘For guys around that time, 18, 19, 20, when they tend to grow, their co-ordination isn’t great,’ says Durie, recalling the year Draper spent training at the Junior Elite Tennis academy, staying several nights a week in Alan’s home.

‘Their fitness is affected because their body’s taking all the energy into growing and it’s quite hard for them to build muscle and the power you need.’ 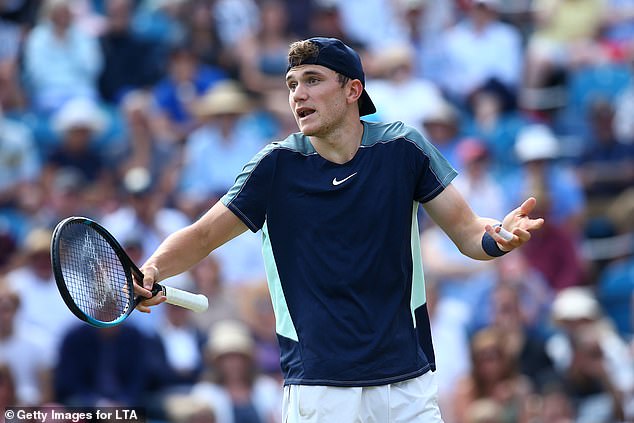 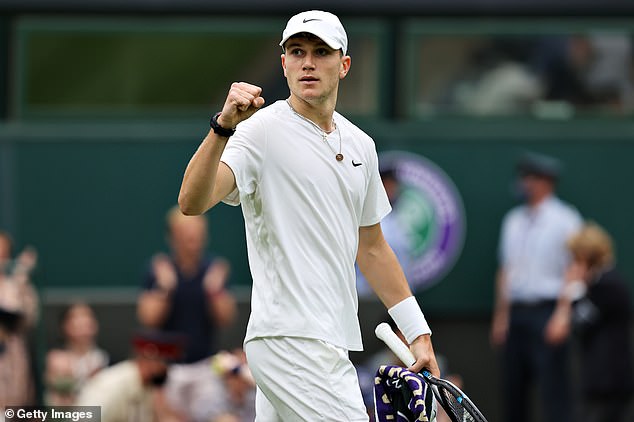 The youngster decided to enrol on two remote learning courses, including one in criminology 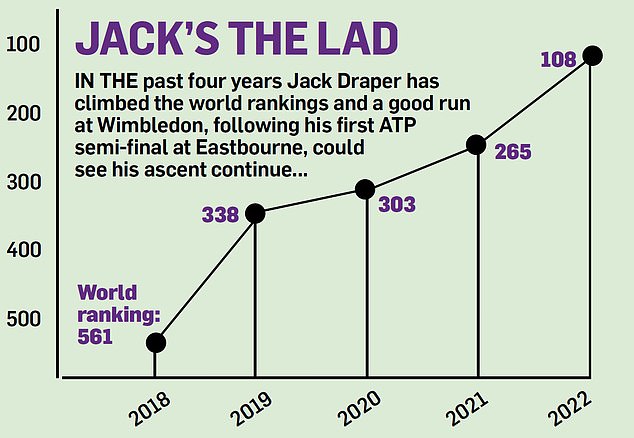 The entry into adulthood obviously brings its own emotional demands and Draper apparently felt them acutely. With Ryan’s encouragement, his charge took a complete break from tennis to work out whether he possessed the hunger to make a success of it.

Said to be the thoughtful type, he enrolled on two remote learning courses, including one in criminology. Alan recalls discussing the nuances of it with Draper during conversations that often ran into the early hours. Topics covered also included the life on tour and Draper eventually choose to return it, albeit without his mind fully cleared.

When he took a set off Novak Djokovic in the first round of last year’s Wimbledon, his tournament debut, only those close to Draper knew that he was still struggling with personal issues. ‘You never know what’s going on in someone’s mind, right?’ says Durie.

Draper’s mother Nicky, a former British junior champion, has been a close ally throughout his career to date. His parents are separated and it is understood that Draper’s relationship with his father has been less straightforward, though it has smoothed of late.

Certainly something has clicked into place in the past six months or so. Now 20, Draper became the first player to win four Challenger tournaments within the first quarter of the season. 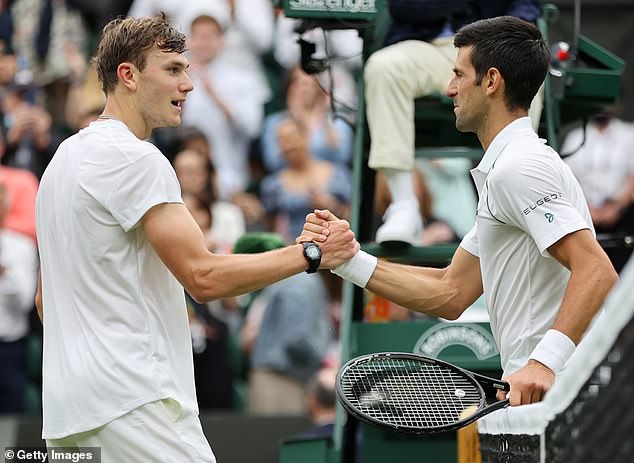 Draper took a set off Novak Djokovic in the first round of last year’s Wimbledon, his SW19 debut 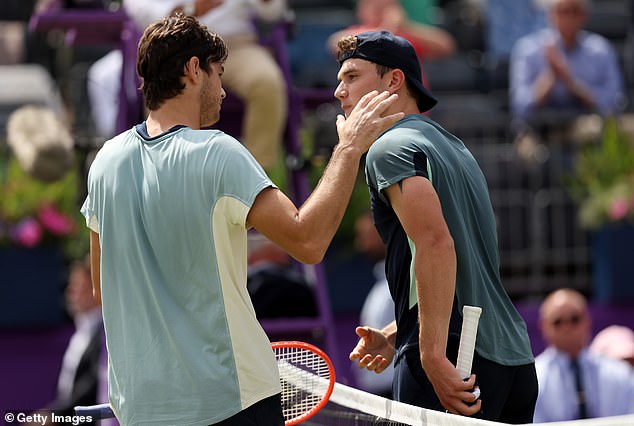 Especially well-suited to grass, he then defeated world No 14 Taylor Fritz at Queen’s and reached his first ATP Tour semi-final at Eastbourne, beating world No 15 Diego Schwartzman en route.

The run propelled him into the world’s top 100 and suggested Draper could excite British fans again at Wimbledon this week, where Belgian wildcard Zizou Bergs awaits in the first round.

Though Ryan split with Draper towards the end of last year, his development is reward for the years spent fine-tuning his rough edges. A natural with his backhand, Draper has turned his serve into weapon and developed significantly on the forehand side.

His footwork still offers some room for improvement but the aggression that sustained him as a raw teenager is undimmed. Though reluctant to place unnecessary pressure on Draper, Ryan agrees with academy colleagues that their former charge could break the world’s top 20 at least. 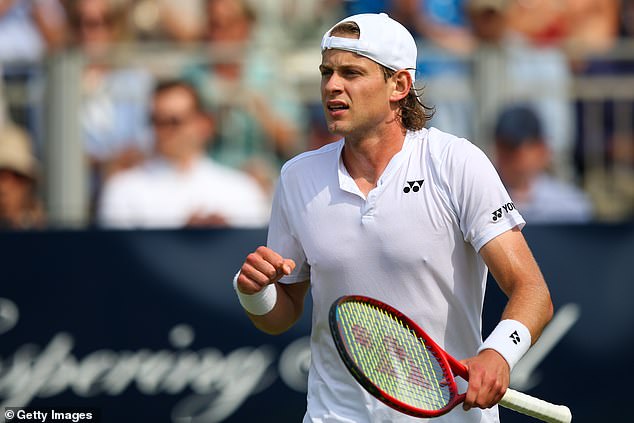 ‘He was always a great competitor,’ says Ryan. ‘But he needed to develop weapons. That was my biggest question over his game at the beginning: would he respond to what I was looking for? Would he respond to the truth? And he did. Then you think, OK, this kid has got the mindset to potentially do some damage.

‘There was a stage where he went through some uncertainty. He had made some big strides and it all became a little overwhelming. Because though he’s a tough kid, he’s also sensitive. He’s a big thinker and if you’re someone who thinks at lot at that age, you can find yourself questioning where you’re going.

‘But he had that time out to reassess his life and he came back and, thankfully, he’s doing great.’

Just how great we should discover this week.