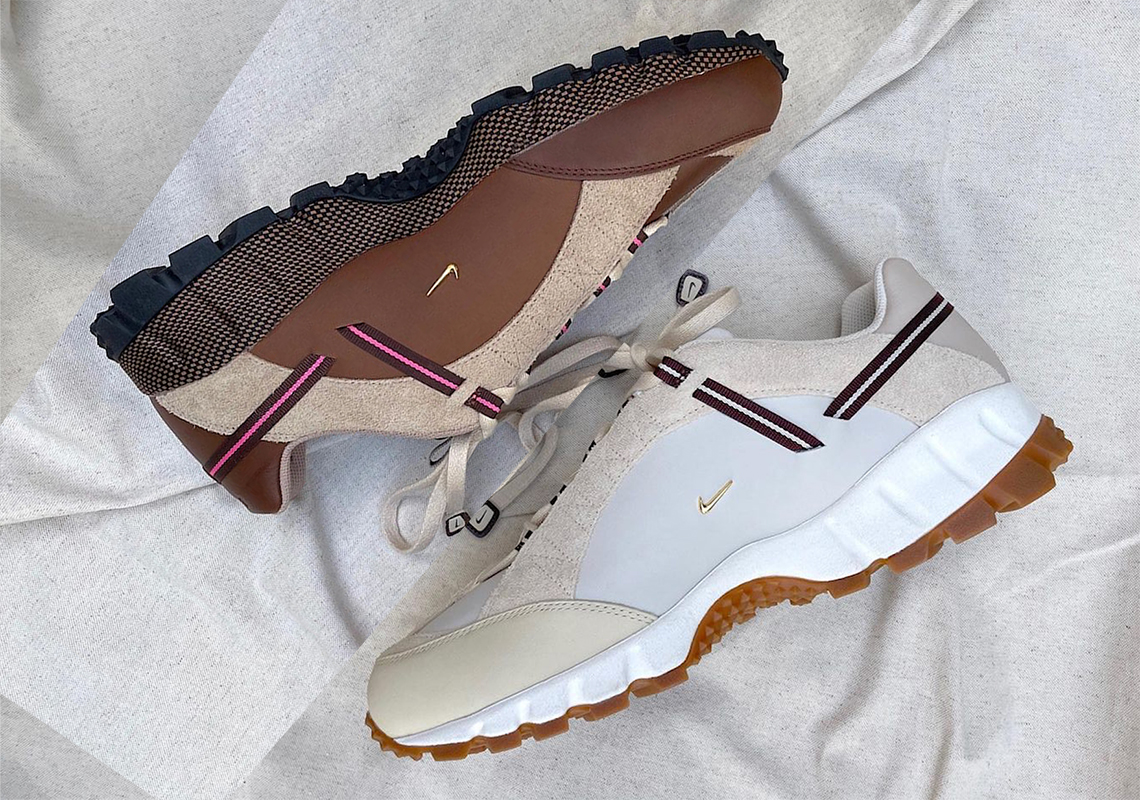 Last month, Simon Porte Jacquemus officially announced a collaborative capsule with Nike, further broadening the American sportswear brand’s growing catalog of creative partners in the world of high fashion. Revealing a set of athlete gear inspired by the early days of ACG among others, Jacquemus teased his footwear offering via an imprint of the shoe outsole in the sand.

Today, the French designer took to Instagram to reveal his first works with Nike – a hybrid model of sorts that blends the Nike Air Humara and the ACG Pocket Knife. The former exists through the trail-ready outsole as well as the lace collar, while the DNA of the Pocket Knife, which originally debuted in the year 2000, appears via the exterior ribbons that act as lace eyelet lockdown straps. The miniature Swoosh logo could allude to several different models, but the Humara and Pocket Knife emanates rather clearly.

This first collaborative shoe release by Nike and Jacquemus is scheduled for a June 28th release through Jacquemus; see the first look ahead and stay tuned for an official announcement from Nike. 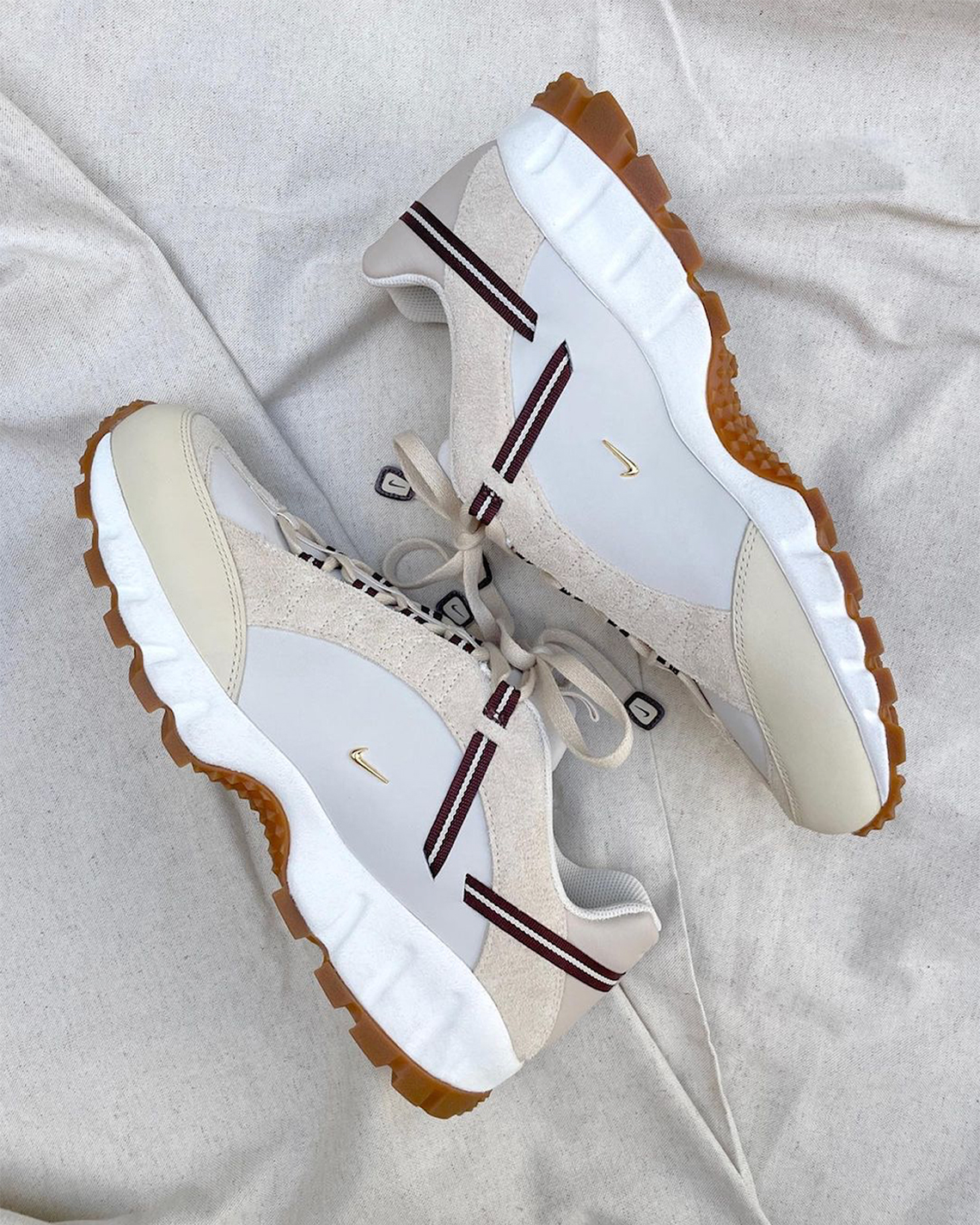 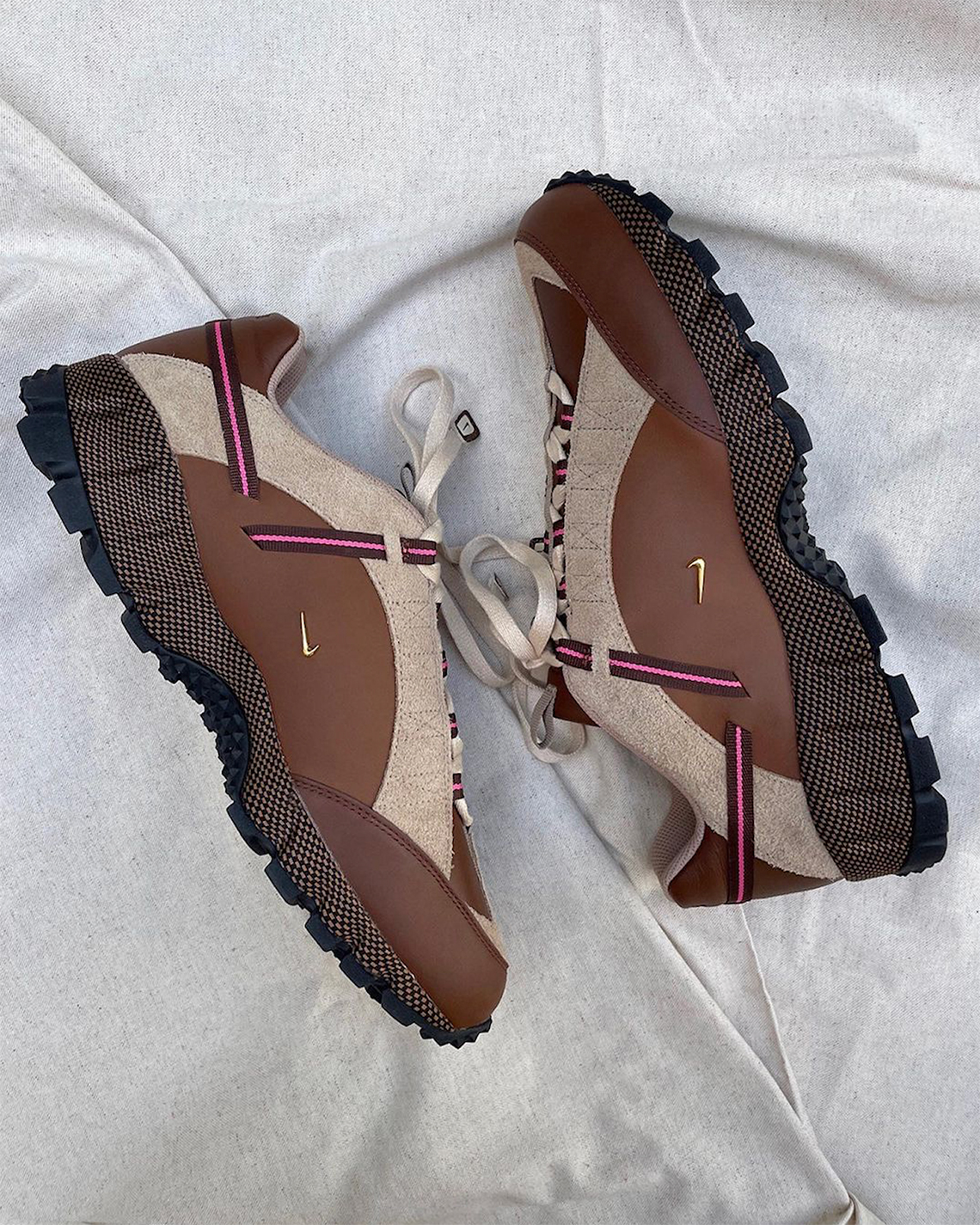