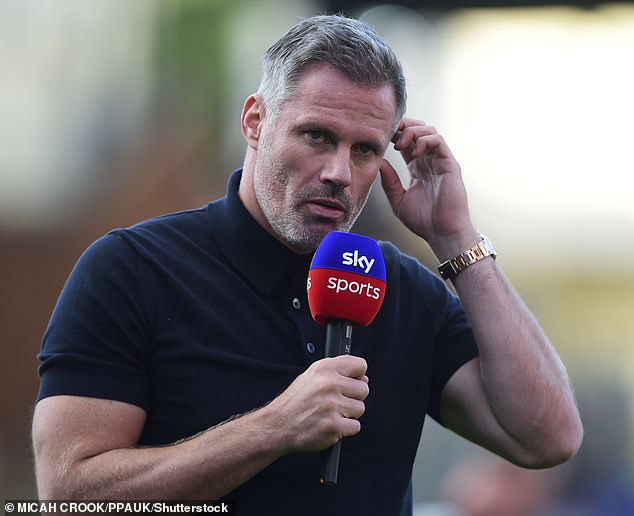 ‘Big Sam had the job before him!!’: Jamie Carragher leaps to Gareth Southgate’s defence after England’s 3-3 draw with Germany in expletive Twitter message… as the Liverpool legend claims Three Lions were ‘s**** for years before he got the job’

Jamie Carragher has been quick to defend England manager Gareth Southgate, as pressure continues to build after a sixth consecutive game without a win in a run dating back to March.

The Sky pundit has taken to Twitter to back the under-fire Three Lions boss, claiming that he has transformed the national team after years of poor results.

England fought back from 2-0 down to earn a creditable 3-3 draw against a Germany side that have had their own issues of late, in their final game before the World Cup in November.

Carragher wrote on Twitter: ‘You would think England had won numerous tournaments considering the stick Southgate is getting!

‘It had been s***e for years before he got the job. Big Sam had the job before him!!’

When one Twitter user commented claiming that Carragher was ‘scared to hype a proper golden generation’, he then replied: ‘One or two players at the most from this current team would get into the 2002/06 team and the same with 1996/98.’

Southgate’s appointment as England manager has seen a change in fortunes for a Three Lions side that had not reached the quarter-finals of a tournament since 2012.

England reached the semi-finals of the 2018 World Cup in Russia, losing in extra time to Croatia, before a heartbreaking Euro 2020 final loss to Italy at Wembley. 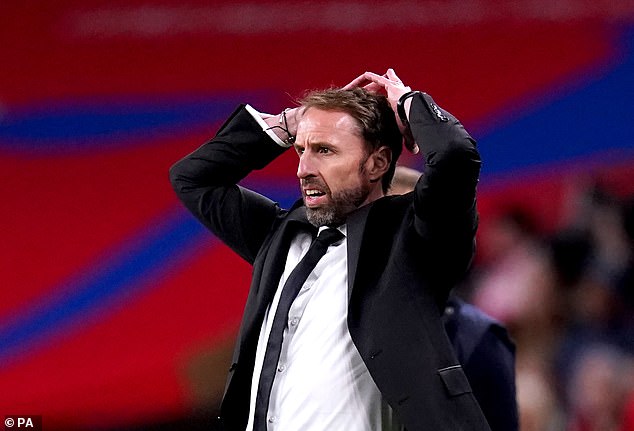 But despite winning more than 60 per cent of games in the dugout, Southgate’s position has come under heavy scrutiny of late after England’s shocking run of results.

Many have criticised his tactical approach, with the former Middlesbrough and Aston Villa defender often opting for a back five, which his critics have deemed too conservative for a side with a wealth of attacking options.

The decision to stick by the likes of Harry Maguire and Luke Shaw – despite the fact they are not playing for their clubs – has equally attracted plenty of criticism. 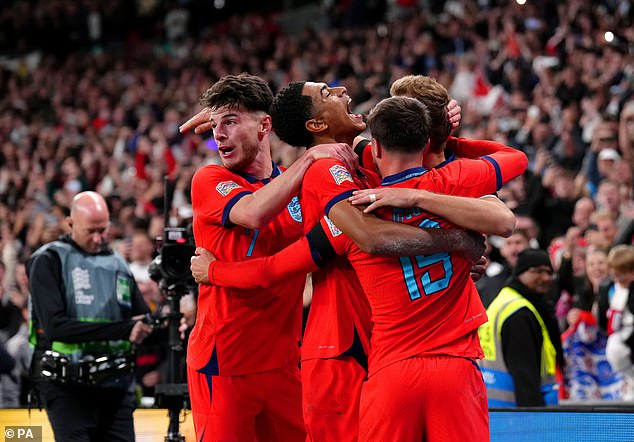 England had looked destined for defeat on Monday night after Maguire gave away a second half penalty and Kai Havertz curled home a stunning effort to make it 2-0 to the visitors.

But Shaw, Mason Mount and Harry Kane quickly turned things around, putting the home side 3-2 up with just six minutes to play, before a Nick Pope howler handed Havertz a golden opportunity to equalise, which he took.

England’s World Cup opener sees them take on Iran, and Southgate is due to submit his final 23-26-man squad by November 13.