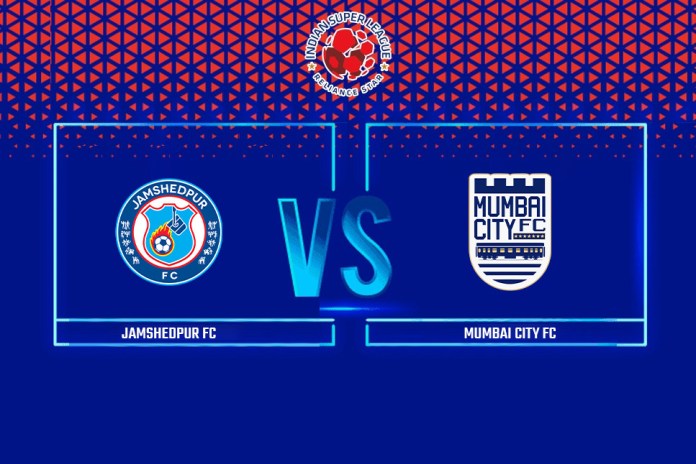 Mumbai is placed fifth on the table with 25 points, same as Jamshedpur who are in the fourth spot but with a game in hand. A win for both teams will propel them to third place and help cut the gap on leaders Hyderabad FC and second-placed ATK Mohun Bagan.

Mumbai arrested their lean patch with two back-to-back victories to steady their ship and have looked good of late with the likes of Bipin Singh coming good. Singh scored a brace and provided one assist in the Islanders’ 4-1 win over Odisha. It is the most goal contribution he has managed in a match in ISL 21-22 (3).

JFC vs MCFC Live: Ahmed Jahouh is also aiming for a record of Mumbai’s all-time leading assist provider. Nkufo Isako Arnold, who provided 8 assists in the 2018-19 season of the Hero ISL, holds the record now and Jahouh is tied for the second position after his 7 assists this season.

The Moroccan midfielder is one assist away from equaling Arnold’s record.

“We are four matches unbeaten. We are coming into the back half of the season in and around the position we wanted to be in, which is the top-four. We just want to keep being sharp in our play. It’s important to continue the momentum,” Mumbai head coach Des Buckingham said.

On Jamshedpur FC, Buckingham said: “It’s going to be another tough challenge for us. We are just focusing on ourselves.”

Diego Mauricio wasn’t in the squad for the last game and Buckingham said he picked up a knock but is ready for Thursday. “Diego pulled up in training the day before the last game. He is back with us in training now. Everyone is available for tomorrow’s game.”

JFC vs MCFC Live: Jamshedpur has been in good goalscoring touch too, racking up three against mighty Kerala Blasters the other day. Daniel Chima Chukwu can’t stop scoring goals since joining their ranks as he made it three out of three with a goal in the previous game.

Jamshedpur’s strength lies in set-pieces too, the side scoring eight goals from free-kicks this season, the highest by any club.

Stewart also broke a 5-game goalless streak as his double secured Jamshedpur a win over Kerala.

“It’s going to be a tough game but we know that if we are at our very best, we can win games against the top and tough teams. It’s all to play for at the business end of the season and we have to be at our very best,” said Jamshedpur head coach Owen Coyle.

On Chima, he added: “Daniel Chima has been wonderful since coming in. Greg Stewart has been outstanding all season. But it’s teamwork for us. Chima’s last goal, Boris pulled back for Chima. So the important thing is, we have individual players who are very talented but strength is as a group.”