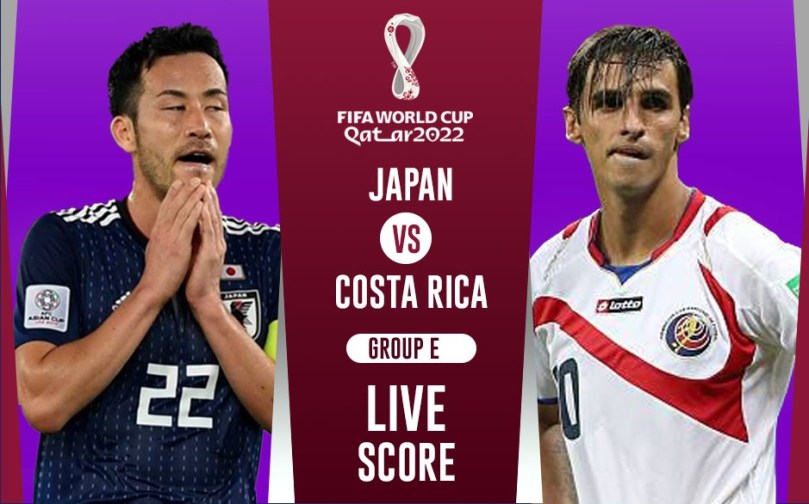 Japan vs Costa Rica LIVE SCORE – JPN CRC LIVE Streaming: The 1st match on Sunday will be a match-up between teams…

Japan vs Costa Rica LIVE SCORE – JPN CRC LIVE Streaming: The 1st match on Sunday will be a match-up between teams of contrasting fortunes. Japan is flying high after nailing Germany in 1st match. Costa Rica on the other hand is still in pain inflicted by Spain. The Spanish Armada sinked Costa Rica by 7-0 in Game-1. Japan can almost ensure LAST-16 place with victory on Sunday. On the flip side, if Costa Rica fail to pick up a point from the game, they will be eliminated from the competition. The match starts 3:30PM IST on Sunday: Follow FIFA World CUP 2022 LIVE updates with InsideSport.IN & FIFA WC LIVE Streaming on Jio Cinema

Japan vs Costa Rica Prediction: Japan have a solid record against Los Ticos and will be looking to extend that record with a win in this match as well. The teams have met five times, all in international friendlies, with Japan winning four games and the other ending in a draw.

Japanese players at a midday training session today. They will next face Costa Rica on Sunday – three points + anything other than a Germany win against Spain will see the Blue Samurai through. #FIFAWorldCup #Qatar2022 pic.twitter.com/GYiHhKNrpK

Japan had some injury concerns coming into the World Cup, but those were soothed just in time. Ao Tanaka suffered a knock playing for Fortuna Dusseldorf in the build-up and was replaced in the second half against Germany. His fitness level is unclear.

There was concern over Costa Rica’s star man and No.1 Keylor Navas’ fitness coming into the tournament. Besides the misery of having seven goals fly past him, Navas looked healthy against Spain.

How to watch Japan vs Costa Rica LIVE streaming for free?